Dave Natzke
The outlook for Dairy Margin Coverage (DMC) program payments has fluctuated dramatically due to fears related to the coronavirus and its impact on global markets. However, January’s margin remains above the level triggering any DMC indemnity payments.
Dave Natzke

The USDA released its latest Ag Prices report on Feb. 28, including factors used to calculate DMC margins and payments. Using those prices, the January DMC margin is estimated at $10.72 per hundredweight (cwt), down $1.23 per cwt from December but above the highest insurable margin of $9.50 per cwt (Table 1). There were no DMC program indemnity payments at any level of coverage for a sixth consecutive month. 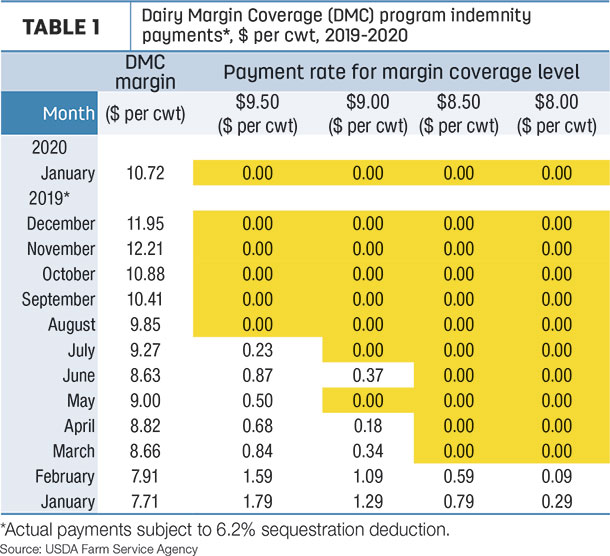 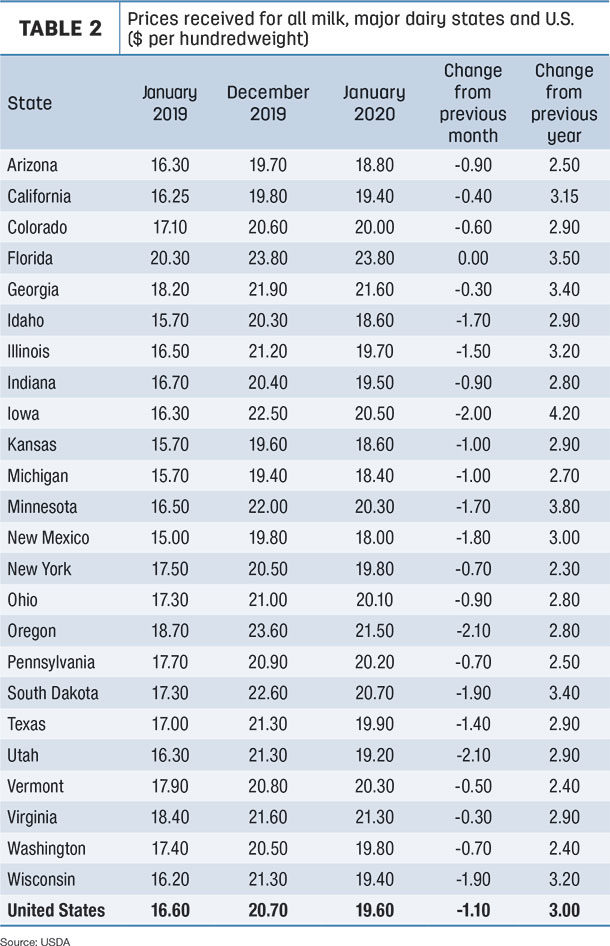 Prices remained well above year-earlier levels in all major dairy states, led by Iowa, up $4.20 per cwt from January 2019. Producers in eight other states saw year-over-year prices up at least $3 per cwt.

The January average alfalfa hay price used in the DMC calculations was $190.50 per ton, up $3 from December. Soybean meal averaged $300.11 per ton in January, up 52 cents per ton from December; corn prices averaged $3.79 per bushel, up 9 cents.

That yielded an average DMC total feed cost of $8.88 per cwt of milk sold, up 13 cents from December (Table 3). 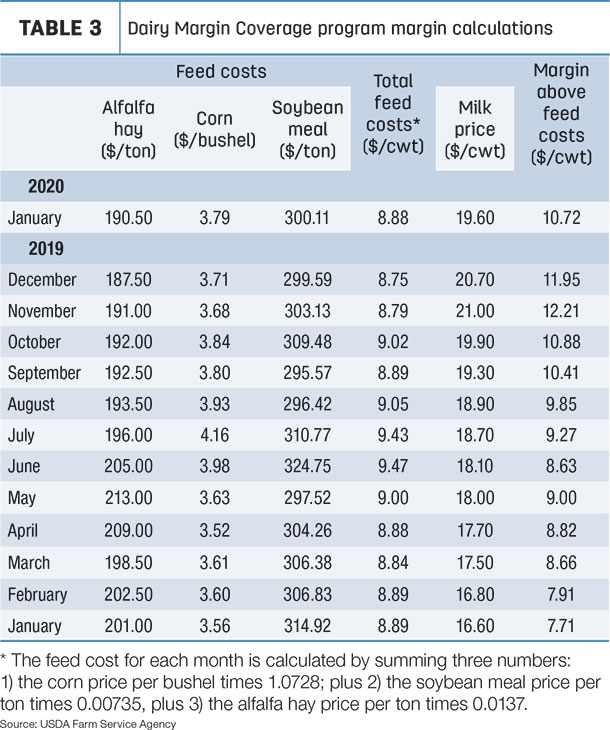 The DMC Decision Tool estimates margin ranges and payment probabilities based on current milk and feed futures prices. While still forecast to top $10 per cwt in February (the February margin is announced on March 31), the outlook gets cloudier after that, potentially dipping closer to $9 in May and June.

One positive in the event there are DMC payments later this year: It appears budget sequestration deductions will not factor into payments.