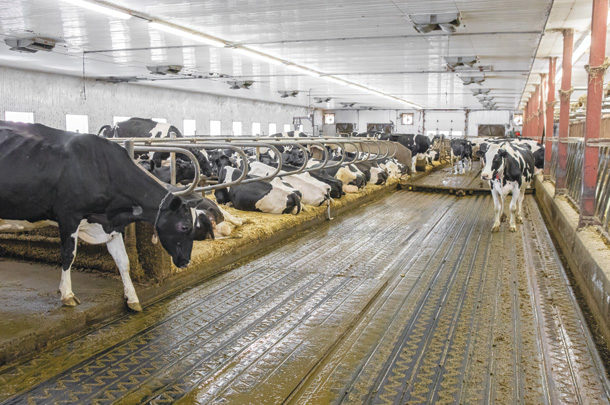 Vaccination against salmonellosis: Another string to your bow

Virginie Filteau
Salmonellosis has the unenviable distinction of being one of the most common causes of foodborne illness and zoonotic disease. Causing abdominal cramps, diarrhea and fever, it is a medical condition that is best to avoid.
Virginie Filteau

In cattle, similar clinical signs have been reported and can lead to abortions, decreased milk production and sometimes death. An infected animal can excrete salmonella bacteria in its feces during or after an episode of illness or even while being asymptomatic.

This is the case with Salmonella dublin. Well adapted to the host, Salmonella dublin has the ability to infect the animal for life without necessarily showing symptoms. The bacterium, which survives very well in the environment, then becomes a potential source of contamination for other animals as well as for the humans around them.

Because its prevalence on farms has increased, and because detection is a challenge, Salmonella dublin is the serotype that has received the most attention in the dairy industry over the past decade. However, there are other serotypes that also require vigilance. According to a report by the Animal Health Alert and Information Network (RAIZO) of the Quebec Ministry of Agriculture, Fisheries and Food from the first quarter of 2021, Salmonella dublin was isolated at 11 dairy operations, including veal farms, and clinical cases of salmonellosis from different serotypes were reported at nine farms. These serotypes included S. Uganda, S. Montevideo and S. Typhimurium. In 2020, RAIZO reported samples positive for S. Thompson, S. Cerro and S. Infantis, a serotype common in poultry but rare in cattle.

For the control of salmonellosis in cattle, the siderophore receptors and porins (SRP) vaccine can be administered. Siderophore receptors are specialized channels for the transport of iron into the cell, a nutrient essential for the development and metabolism of most pathogenic bacteria. By stimulating an immune response against these receptors, iron and other nutrients essential to the bacteria are unable to effectively pass through their cell wall, causing their death. This technology relies on the fact that siderophore receptors are similar among salmonella serotypes, meaning the vaccine could help control infections of different salmonella serotypes.

A clinical trial with the SRP vaccine was conducted in Holstein cows and heifers on a farm with a history of salmonellosis of undetermined serotype in calves but with no diagnosis in adults. The vaccinated group of dairy cows showed higher average daily milk production (producing an additional 2.5 pounds) for their first 90 days in milk, as well as a reduction in somatic cell counts compared to the control group. A trend toward reduced salmonella shedding in feces was also observed in all animals during the month following vaccination. Administered at dry-off, the vaccine can also significantly increase antibodies to salmonella in the colostrum of vaccinated cows.

As with any organism spread via the fecal-oral route, prevention of salmonellosis relies on biosecurity measures, such as identifying the source of contamination, limiting contact with potentially exposed animals and reducing the pressure of infection in the environment. Simple and logical on paper, these strategies remain a real challenge to apply on many dairy farms. Larger herd size, overstocking and freestall housing contribute to an increased risk of exposure to contaminated manure. In this context, even though it is not a silver bullet, vaccination should be considered as a tool to support existing control efforts.

From a public health standpoint, the prevention of salmonella infections is important to reduce the risk of zoonotic disease, particularly among farm workers. Prevention is also necessary to improve the health and productivity of dairy herds and, in turn, of calves destined for veal operations. Talk to your veterinarian to establish a biosecurity program adapted to your herd, because it is better to stay clean than cured.