Tim Moffett
What do the Easter Bunny and the IRS have in common? Well, this year, they shared the same week in our lives.
Tim Moffett

Tim’s Stand-up Comedy Special “MILK’N IT!!” is out on YouTube. His new book Corn Cobs and Chaos i...
Email Tim Moffett

There is a joke in there about how fast rabbits multiply and the IRS does the same thing … but for simplicity’s sake I’ll let you figure that one out on your own. Just talk to any farmer or self-employed person quarterly, April 16 or after their third extension, and you will know what I’m talking about. Folklore for the Easter Bunny and the IRS both seem like wise tales – until a 6-foot rabbit shows up at your front door demanding money. “Tell me about the rabbits, George!” 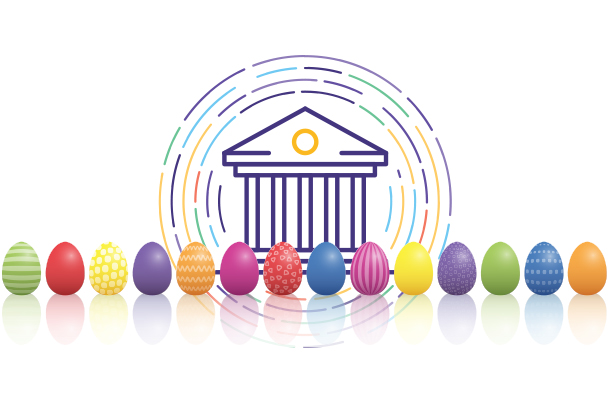 I wonder: Has the IRS ever audited the Easter Bunny? I would think the Easter Bunny has the best accountants and jellybean counters in the business. When the IRS shows up at the Easter Bunny’s house, I’m sure the Easter Bunny and his Peeps go into full force hiding his eggs and his assets. You know how hard it is to hide Easter “eggs” in the Cayman Islands. I know this sounds strange, but maybe the Easter Bunny is trying to help us all hide things and help us with write-offs. For instance, have you ever wondered why all the chocolate bunnies at Walgreens are hollow on the inside? And why do they all cost $10.99? I just found out I can write off carrots and ear cleaning as a medical expense. Thank you, Mr. Easter Bunny.

Two of the Easter Bunny’s cousins were the ones which alerted the IRS of the Easter Bunny’s big spending habits on things like plastic green grass, baskets and fake eggs bought in the dairy aisle next to the fake milk. In fact, both rabbits are now in the Witness Protection Program. The first cousin, we have never seen a photo of, only a character outline of his head. We don’t know his name, but he lived in a mansion in Los Angeles on a hill with a guy named Hugh. The other cousin, Peter Cottontail, married a chicken and started the Cadbury Egg Corporation.

The fact that both Easter and Tax Day were in the same week made for a confusing week for my cousin. At the church’s Easter egg hunt for the kids, he hid 90 eggs but told the kids they were only allowed to find 60. He even got so confused he missed Easter and hid his tax return in the bushes. When he found them, he noticed that his returns were written in pastels and multi-colored. He paid his taxes in rabbit pellets. You know how hard those are to shove into an envelope?

You can visit Tim at Tim the Dairy Farmer.