Cocktails can be created to meet grower demands – for instance, grass and brassicas can help to recycle excess N while legumes can be used to add more N back to the soil. However, in areas of the West with short growing seasons, choosing a cover crop that will meet grower demands can be difficult.

In many areas, use of certain crops is restricted due to a short growing season. This can be due to high elevations, a limited number of growing degree days or a combination of both. In Montana, we have found, and are still working on evaluating, several species that would be suitable for different climates throughout the region.

Cool-season species are very popular in our region, as they can generally be planted from mid-March to mid-May or even in August through September to provide a fall grazing. Winter annuals are also commonly used in many cropping systems and can help to reduce the amount of time a field is in fallow.

However, care must be taken in order to decrease the potential of creating a “green bridge” for pests and diseases of cereal crops. Examples of cool-season species that are commonly used are oats, spring and winter wheat, triticale and barley.

Warm-season species have been evaluated in many areas and have been successful in areas that have enough growing degree units, particularly in the warm summer months. However, in some areas, warm-season species are not ideal and will not produce enough forage to be economical. 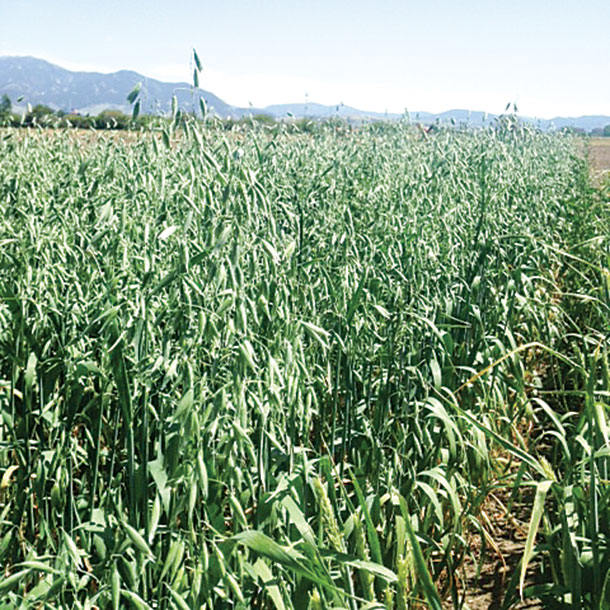 They are generally not frost-tolerant, and care must be taken when planting as there may be issues with producing enough vegetation. Species commonly used include sorghum, sudangrass, sorghum x sudan hybrids and different species of millet.

Brassicas are generally adapted to cool, sub-humid regions. In Montana, with rain or irrigation, they have very rapid growth in the fall as well as enhanced ability to scavenge nutrients and quickly produce a large amount of biomass. 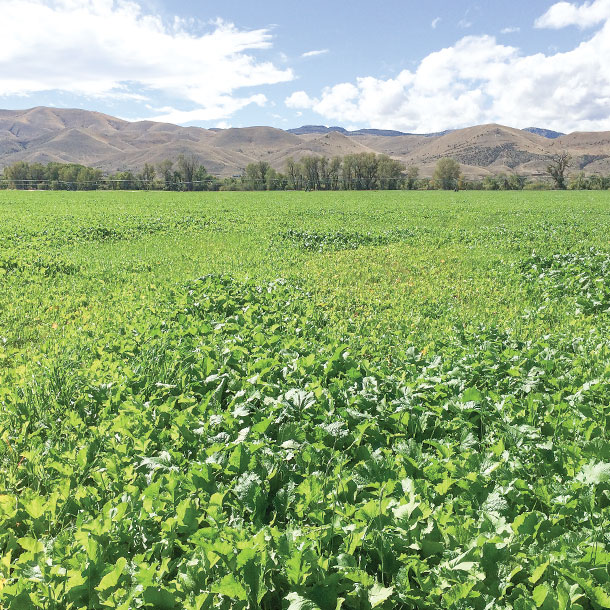 Additionally, there has been some interest in brassica species, as it appears they can play a critical role in pest management and quickly cover the soil with their early “cabbage-like” growth habit. Examples of common brassica species include: canola, collard greens, kale, oilseed radish, mustard and turnip.

Annual legumes, or pulse crops, have become extremely popular in this semiarid region, with over 1 million acres of field pea and lentil planted in Montana in 2016. Annual legumes have many benefits, including their ability to fix N, which can add N credits back to the soil, reducing the cost of N fertilizer for subsequent cereal crops as well as increasing forage quality for grazing animals or when hayed due to increased protein and energy content.

However, just like perennial legumes, annual legumes need to be properly inoculated at planting for adequate N fixation. Examples of annual legumes that have been grown in Montana include chickpea, fababean, fenugreek, field pea, grasspea and lentil.

In summary, cover crops are an important crop that can be effectively incorporated into many crop rotations. Cover crops can help improve soil conditions while providing other benefits such as a forage source and even fertilizer inputs. 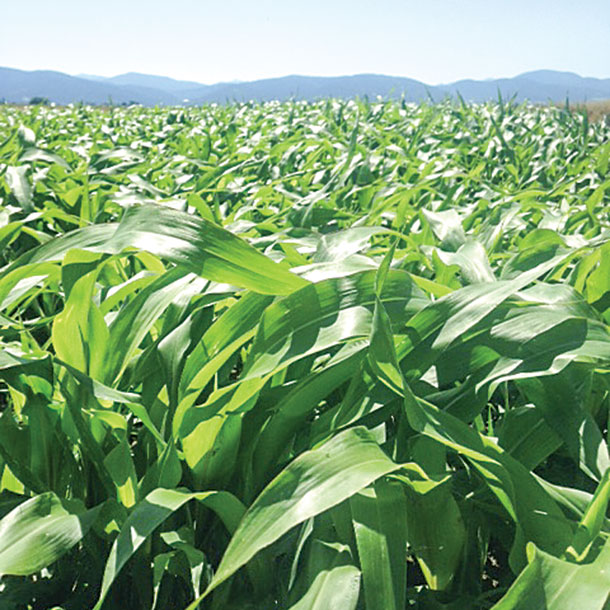 Cocktails can help to provide many benefits by using species from different groups and the benefits each can provide. Contact your local extension agent, extension specialist, NRCS agent or crop adviser for more information on cover crops that can fit your specific needs and environment.

PHOTO 4: Warm-season cereal: Sorghum-sudangrass hybrid in the vegetative stage. Field was planted in the middle of June in Bozeman, Montana, under wheel-line irrigation. This picture was taken on July 18, 2016. Photos courtesy of Emily Glunk and Susan Tallman.