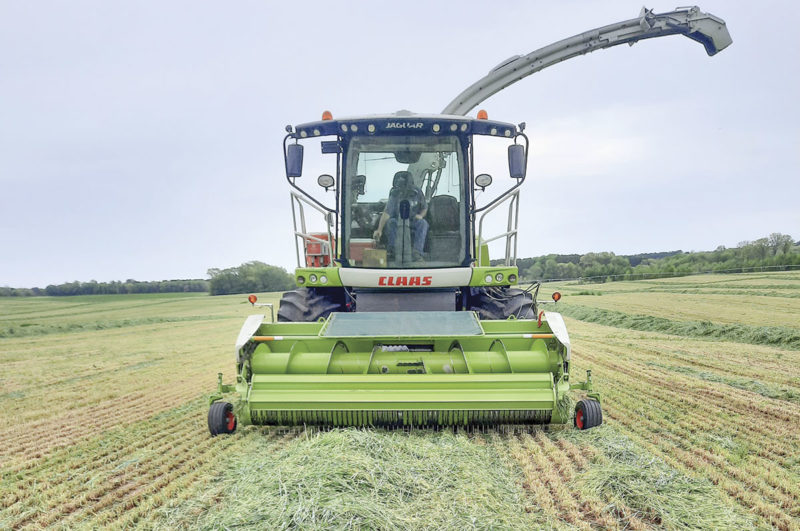 Forage hybrid rye is harvested similar to triticale and is a comparable feed in the ration.

When searching the internet for information on rye, I found titles like “3 ways to get rid of ryegrass,” “How to kill annual ryegrass,” and “Eliminating ryegrass.” Sentiment was strong and negative. However, the first few pages of the search concerned lawn turf and didn’t deal with farming at all, but the sentiment among farmers is largely the same when rye is used in a cover crop blend. It’s a bane.

But if you look past those first search pages and start digging, you find a new player on the scene – hybrid rye.

“In our trials, the hybrid rye was ready to cut about seven to 10 days before triticale, allowing for faster turnaround with a secondary crop such as corn,” Spackman said. There are fall and spring forage cereals, but Spackman said the fall plantings are showing more promise with tonnage. Fall-seeded cereal crops can take advantage of winter soil moisture and heat units accumulated early in the spring.

Paul Gregor, product manager with KWS Cereals USA (sponsor of the trials), says, “There is massive tillering, so don’t plant it too early. When soil temps are consistently 50ºF, it takes a uniform 1-inch-deep planting [not broadcast] and will germinate quicker than wheat. It likes elevations 3-5,000 feet and averages about 190 bushels per acre under irrigation in the Pacific Northwest if fall planted.”

Gregor says if forage hybrid rye is cut at boot stage, it can achieve 20%-21% protein, which is very comparable with triticale, with a dry matter increase around 10%.

Bo Isham, an agronomist with Idaho Ag Consulting in the Treasure Valley, has several dairies trying the new feed and using it as a grain substitute in the ration (equal to about 93% of corn in the ration). “It has great digestibility,” he says.

“It’s like triticale, as far as management,” Isham adds. “We’re using this in a double-crop situation, with fall planting, chopping in spring and then going to corn. [Hybrid rye] did beat triticale to harvest by about 10 days.”

There are management differences between hybrid rye and triticale, however. Hybrid rye is planted more shallowly than wheat, for instance. “It’s not as strong coming out of the ground as the other cereals. Rye needs to be planted at about 3/4-inch and takes about 75 units of nitrogen to really maximize your forage yield. Where my dairies are using manure on the fields, we’re not worrying about any additives beyond nitrogen. We planted as late as November, but would rather plant it as soon as you get corn silage off,” Isham says.

The seeding rate is measured by live seeds per acre at 800,000 (see Sidebar), which is significantly lower than planting wheat or triticale.

The Treasure Valley clients have strip tilled corn into the hybrid wheat ground without any issues, Isham says. “After you plant corn, rye dies easily with Roundup, so you don’t have a lot of escape.”

He notes there are fewer inputs to hybrid rye, and it is resistant to stripe rust and fusarium and is drought resistant.

Hybrid rye is allelopathic through root exudates, so it kills many weeds as it grows. Isham advises to not plant alfalfa directly behind it, or allow the space of a few weeks to give the alfalfa a couple weeks before planting, or the new alfalfa won’t survive either. However, larger-seeded crops (like corn) are planted deeper, so the allelopathic quality is not as concerning when following corn.

“And it’s great if you need more straw,” Isham says. “It produces more than 30 percent [more] straw than other cereals.”

“It’ll fool you, though,” Isham says. “In the spring, hybrid rye looks like it’s not doing much, but it grows underground all winter. Once it turns warm in the spring, wheat turns on – but rye just sits there. It really takes off when it’s ready and quickly passes wheat and triticale. I had one guy that was going to disc it up, then ended up waiting a week because he had other things going on, and the rye took off and started growing.” 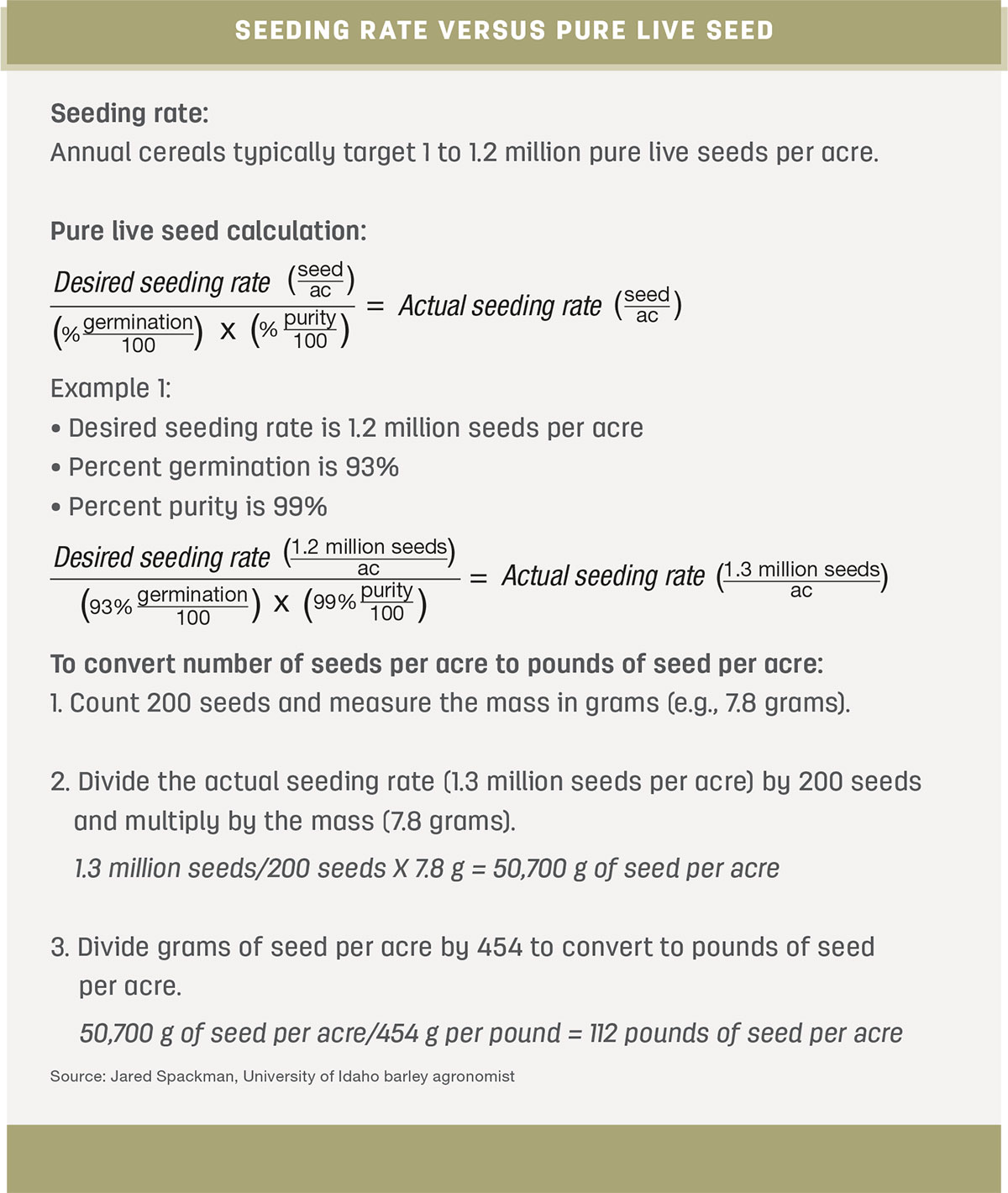