The Middle East and North Africa are receiving 86% of the butter (82% milkfat content) that CWT is helping members sell. Saudi Arabia is the largest recipient of butter at 39% and Iran next with 36%. In North Africa, the leading destination for CWT-assisted butter is Morocco (54%), followed by Egypt at 45%. 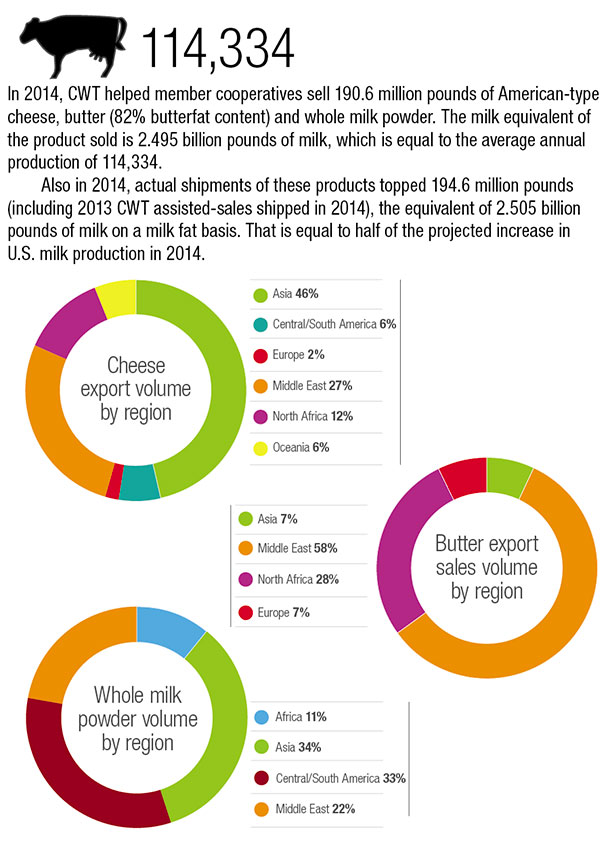 Investing in building markets for their milk is a wise investment for dairy farmers. Based on an economic analysis of CWT shipments for the period April through September 2014 the estimated impact on dairy farmers’ milk price was 38¢ per hundredweight of milk.

That is a return of nine times the 4 cents participating dairy farmers invested and is why every dairy farmer should be investing in CWT. PD

Cooperatives Working Together (CWT) was designed by America’s dairy farmers to benefit all of America’s dairy farmers. It is a voluntary, producer-funded program developed by National Milk Producers Federation (NMPF) to strengthen and stabilize producer prices. Participating producers contribute four cents per hundredweight of milk produced to fund the program. For membership information go to the website.