Cooling your cows when temperatures start climbing is not a novel idea, but it’s also not an idea to simply discard altogether. Although we are still a ways from reaching those scorching summertime temperatures, now is the time to think about cow cooling.

Do you have a game plan prepared to keep your cows cool throughout the coming summer months?

Some producers, like Zach Meck, are finding that providing ventilation is not enough to cool their animals.

For Meck, a Pennsylvania dairy producer, maintaining consistent milk production and keeping his cows cool during the summer months were two of the driving factors in his decision to implement the CowKühlerZ system on his dairy last summer.

“On hot days, there is nothing you can do but use an additional cooling system beyond fans,” he says.

“We felt our energy would be used more wisely in getting a greater temperature drop in our cows by using this system in coalition with the fans that we already had.” 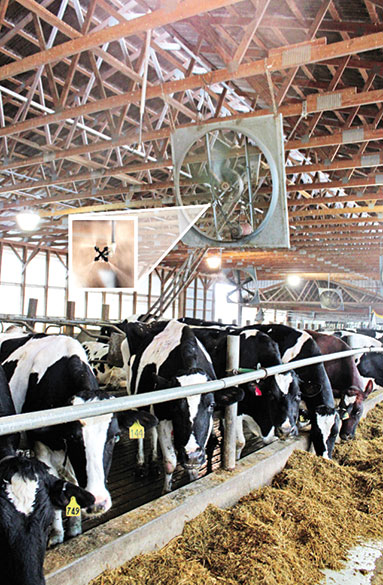 Although the evaporative cooling system has been used across Europe for several years, it was only made commercially available in the U.S. in early 2013.

Designed and manufactured by German company Aratowerk GmbH & Co. KG, the system is currently marketed and available in the U.S. exclusively from CowKühlerZ based in Marietta, Pennsylvania.

The cooling system consists of several different parts including piping materials, connectors, a nozzle system and a control board, which is basically the “brain” of the system.

The control board includes the system controller, thermostat and a dual filter system which consists of a stacked polymer disc filter and a regular screen filter to trap large and small particles. Anything not caught in the filters will flow through the system’s four-nozzle sprinklers, which produce 80-micron water droplets. 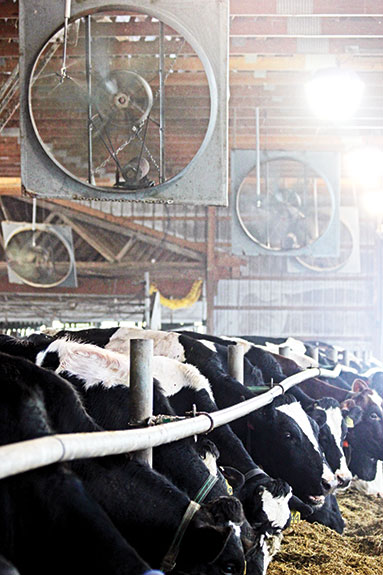 Meck explains that through a partnership with his brother, Jeremy, they currently own and operate Meck Brothers Dairy, a 170-cow dairy near Womelsdorf, Pennsylvania.

The dairy facilities include a double-10 milking parlor built in 2009 as well as a 170-cow freestall barn that was fitted with this new cooling system.

The Mecks’ dairy was one of the first in the U.S. to install and test this system. Other dairy operations that have this system include a freestall facility and a tiestall facility in Minnesota, as well as an Amish tiestall barn in Pennsylvania.

The Meck brothers, who are first-generation dairy farmers and have been dairy farming for the past 16 years, aren’t strangers to making adjustments to their operation in order to continue to improve and grow it. 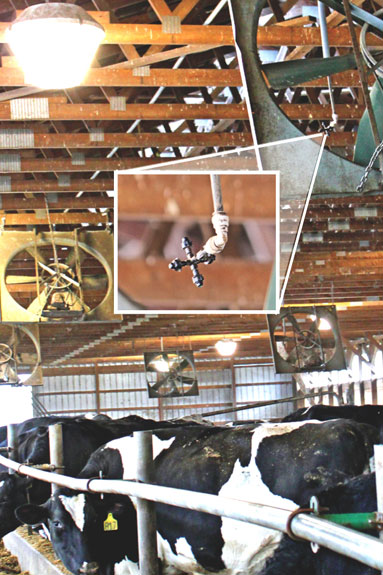 After making renovations to their current facilities, they began to look at ways to improve their cow cooling efforts.

Zach explains that the dairy’s primary goal on hot days was to make sure the cows had plenty of water to drink, as well as enough water for the washing and cleanup procedures on the dairy.

In June of 2012, the brothers made the cooling system the newest addition to their farm. The system was retrofitted to work with the pre-existing 48-inch fans set up throughout the dairy’s three-row freestall barn.

“After hearing experiences from other dairy producers using different cow cooling options, I felt this was the minimal amount of money invested with the best return,” Zach says.

Finding benefits from the system
The main benefit of the CowKühlerZ system when compared to other conventional sprinkler systems available in the U.S. rests in the system’s ability to use less water.

With all four of the sprinkler’s nozzles running, the amount of water usage per sprinkler per hour amounts to approximately 4 gallons.

The cooling system’s water line can be tied into the dairy’s main water line and can operate efficiently at a pressure of 30 to 50 pounds per square inch (PSI), eliminating the need for a high-pressure pump to pump the water through the system.

Also, because the system setup is flexible, it can be designed to fit dairy facilities with different configurations and can be retrofitted to work with pre-existing fans, as in the Mecks’ case.

Zach explains that he kept an eye on his manure pits last summer to determine how much water the system was using.

Because his manure pits didn’t fill up due to excessive water use, he didn’t have to pay to have manure hauled from his dairy like other producers.

Feeding and reproduction were two other areas where Meck noticed improvements last summer.

“There was a very hot spell last year that lasted almost four days,” he says. “Although we normally condense the ration a little during times of hot weather, we kept feeding the same amount of forage throughout and never lost a pound of milk.” 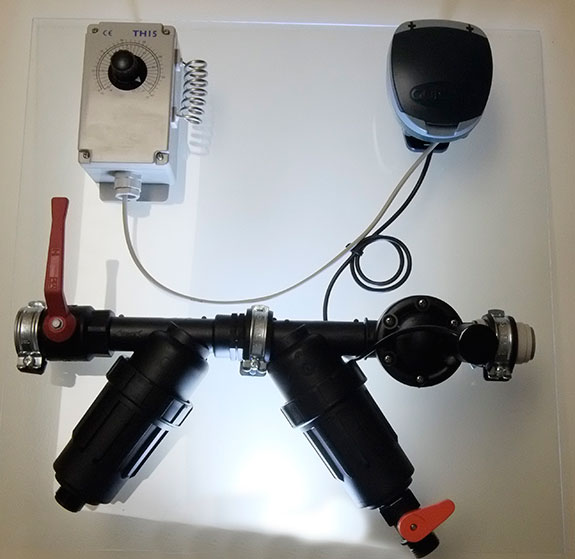 Meck explains that he usually spends money on hormones in order to get his cows bred during periods of heat. He adds that in the past he has had cows lose their calves due to the heat stress, something that didn’t happen last year.

A final benefit that Meck describes stems from just seeing his cows lying comfortably in their stalls during the summertime.

A fit on your operation?
Meck does point out that because his system was one of this first installed in the U.S., his control board does not have a temperature gauge. He explains that the manufacturer addressed this concern and a thermostat is included on newer versions of the system.

Having the system adjust to different settings is another idea that Meck has as far as potential product improvements.

“Their control panel is pretty simple, but being able to change settings according to temperature or humidity would be great,” he says. “That’s probably on the horizon of the company, and I’m sure they’ll get there.” 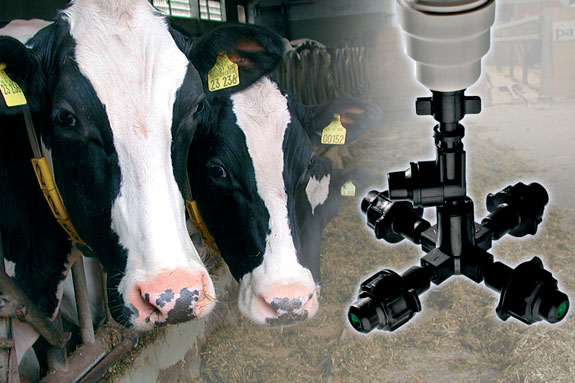 The average cost of the system, which includes the installation cost, ranges between $45 and $70 per stall depending on the barn setup. Additionally, producers who purchase the system will also receive a maintenance package.

Any maintenance required during the first year of the system’s life is included in the installation price. A three-year warranty is also available from the system’s manufacturer.

Meck explains that after seeing all of the benefits provided by the system, he expects it to pay for itself by the time June comes around. PD

Would you benefit from this type of cow cooling system?
The following checklist can be used to determine if this new technology might be a fit for your operation.

If you answered yes to five or more of these questions, this technology may be one for you to consider.