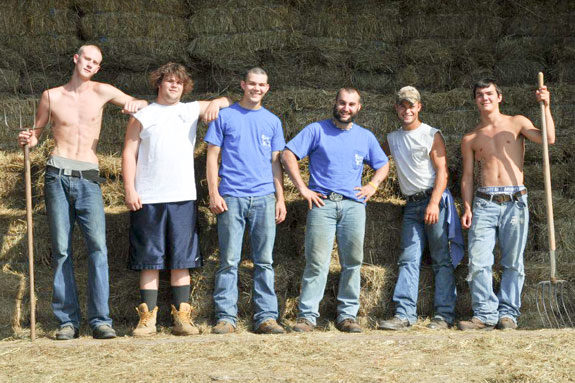 It started with four acres of ground. The family used to have another harvester bale the hay, and Jones asked his father if they could do it themselves.

The father-son team borrowed equipment from other local farmers and gave it a try.

“That same year, another person wanted us to bale their hay, so that was the first job we ever had,” Jones says.

The business, named Rick’s Custom Baling LLC, is split evenly between custom harvesting for about 20 clients and renting ground to make and sell hay. The latter half of the business came as a surprise to Jones and his father.

“We originally started just doing custom baling. We didn’t need much hay for ourselves,” Jones explains. “Then we started selling hay, and we’re like, ‘Holy smokes! There’s money in selling hay too.’”

Jones says their custom clients, mostly horse operations, range in size from a few acres up to 50 or 60 acres. 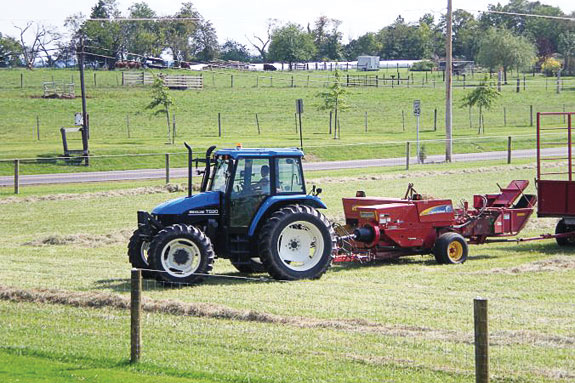 Most custom jobs are local, Jones says, as they try to stay within 15 to 20 miles of their hometown.

While Jones would eventually like to grow the business to a point where he’s baling full-time, he now balances his career as a harvester with his career as an agricultural teacher in Adams County.

“I leave my weekends in the fall and winter for hauling hay, and then in the summer when I’m off [school], I have my butt planted in a tractor seat,” Jones explains. “It works out pretty good.”

Knowing his future career path, he began his studies at Penn State University with those intentions. He majored in agricultural education and took agronomy classes.

He even served as president of the agronomy club. He’s chosen to continue his education and recently began pursuing a master’s degree in agronomy, offered online through Iowa State University.

As a teacher, he’s able to bring his passion from the field into the classroom.

“I teach plant science and horticulture as well as ag mechanics and welding,” Jones says. “It’s kind of a dream job. I’m teaching kids exactly what I do for my hay business.”

Jones has been surprised with the success of the business, but he knows it’s because he has been careful with management decisions.

“The biggest key for us, especially with equipment, has been taking baby steps,” Jones says. “Get a bigger piece of equipment next year. 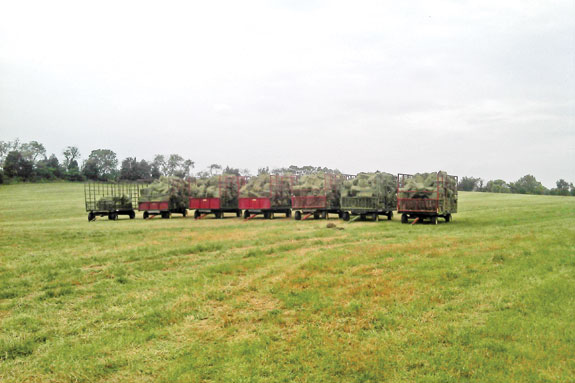 Just keep slowly upgrading over time and not make a big change overnight that would get us too far into debt. My dad taught me that, and it’s really worked for us.”

Jones says the custom baling portion of the business tends to pay for insurance and loans, while profits from hay sales and delivery are able to be recycled back into updating equipment.

Jones has also made an effort to serve his customers as best as he’s able to. One of the biggest challenges about this business, he says, is that everyone seems to need their hay baled at the same time.

He handles it by taking care of the first person who called and going down the list from there.

He also makes sure that once the job is done, he doesn’t let a whole year go by without checking in. 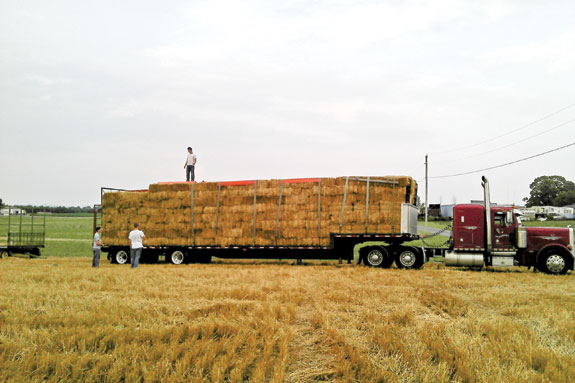 “We always deliver a gift at Christmastime to our customers. Just kind of to say, ‘Thanks. We appreciate your business.’ And it helps keep in touch with them,” Jones says.

Another public relations move that has been helping grow the business has been the company’s website – www.rickscustombaling.com

Jones has worked out a deal where one of his customers receives a discount on services in exchange for the customer creating and updating the website.

Jones’ business also has a presence on Facebook, and the page is updated regularly with photos and videos.

He has aspirations of buying or renting more ground and to provide both grass hay and high-quality alfalfa to serve his horse clients.

However, he plans to continue to grow the business in baby steps.

“If you would have told me 10 years ago what the size of the business would be today and the equipment I’d have, I would have called you a liar,” Jones says. “I’m really proud of the way we’ve been able to grow the company over time.”  FG

MIDDLE: In Jones's dual roles as a farmer and a teacher, he's able to provide real-life expertise to his students in the areas of mechanics, agronomy and business management.

BOTTOM: Rick’s Custom Baling LLC began as an FFA project eight years ago and has turned into a growing, thriving business. It started with four acres of ground and 400 bales. This past year, they had over 27,000 bales, custom harvesting for about 20 clients and renting ground to make and sell hay. Photos courtesy of Rick Jones.