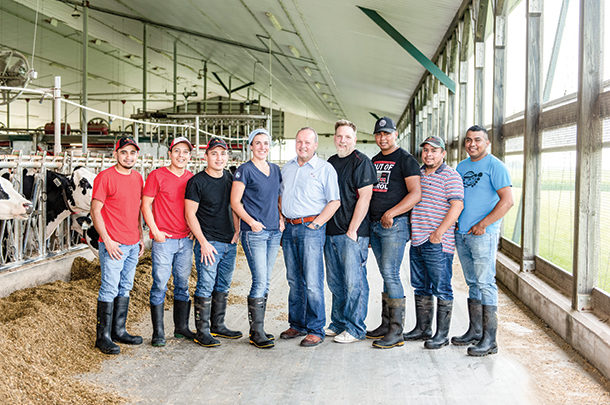 Hoenhorst Farms multiplies its success with a methodical management approach

This is what it looks like to operate Hoenhorst Farms in Innerkip, Ontario. The southwestern Ontario dairy milks 480 cows and is operated under the observant eye of fourth-generation dairy farmer Cox Wensink. Wensink is an engineer and product designer by trade but was drawn back to her family’s farm in 2013 after a successful career in management consulting.

Wensink describes herself as highly analytical and says she was motivated to return to Hoenhorst Farms after realizing she lacked the opportunity in her professional career to approach problems hands-on and witness the real-world implications of her ideas unfold.

When Wensink returned to the farm, she joined the team as a full-time herdsperson. Reflecting on her homecoming, Wensink says, “I had a lot of questions. I like numbers, I like Excel sheets, so I started translating the questions into numbers to help me better understand how the farm was doing.”

From there, Wensink’s role on the farm evolved, and her questions increasingly turned into data points. In a meeting with the farm’s genetic consultant, Drew Tyler – which Wensink describes as a turning point – Tyler proposed benchmarking reproduction to reach the herd’s genetic goals.

“We started adding basic repro data to my benchmarking and target benchmarks. It evolved over time from initially monitoring how we were doing as a farm to evolving into identifying areas where we can improve, not only from the production side but also from the profitability side,” Wensink says.

Following the creation of an initial benchmarking system, Wensink spoke with the farm’s accountant, who informed her of some of the financial benchmarking utilized on other farms. This led her to add benchmarks monitoring all areas of the operation, customizing them to monitor things she believed would help the farm succeed. “I wanted to look at what I felt was important for us on the farm, so I kept tweaking those data points. As we found areas for improvement, we improved them and we monitored them, so it fit very well with our farm goal of looking for continuous improvement and efficient filling of quota,” Wensink says. 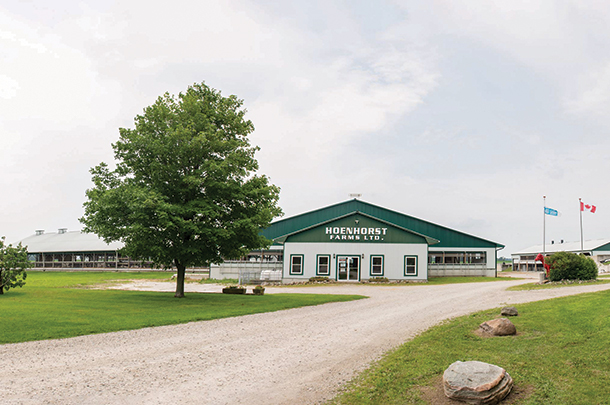 As things change on the farm, Wensink adjusts the indicators to reflect the farm’s goals and areas for improvement. Currently, the performance indicators are monitored on a daily, monthly or quarterly basis, depending on the indicator. The daily key performance indicators (KPIs) Wensink focuses on are milk volume shipped, volume of butterfat shipped, the number of cows identified by the farm’s milking robots as needing assistance due to suboptimal health concerns, robot failures and somatic cell count (SCC). 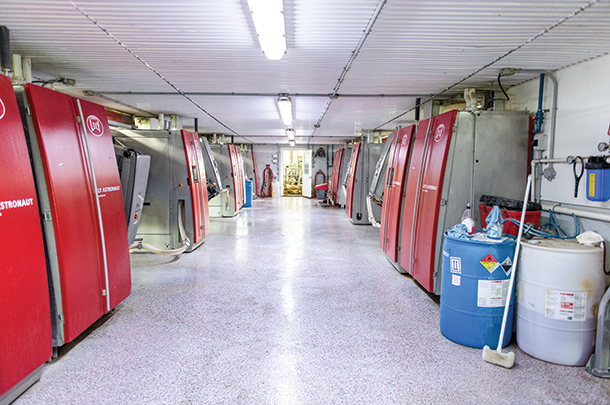 The indicators monitored monthly present what Wensink refers to as a “higher view.” Things like calving problems and heifer retention are included in the performance indicators reviewed each month. According to Wensink, these indicators help determine what areas of the operation need further attention, as any movement in the wrong direction will alert the team to a need for greater focus on the factors influencing that metric. “That’s where I work with advisers as well. I work closely with our vets and our breeders and nutritionists. They can conduct even more in-depth benchmarking, and usually we end up figuring out, together, what we can do better,” Wensink explains.

One of the goals at Hoenhorst Farms is to achieve consistent, year-round milk production levels. In addition to realizing this goal through barn design and breeding strategy, monitoring benchmarks and adjusting areas as the seasons change are also key factors. 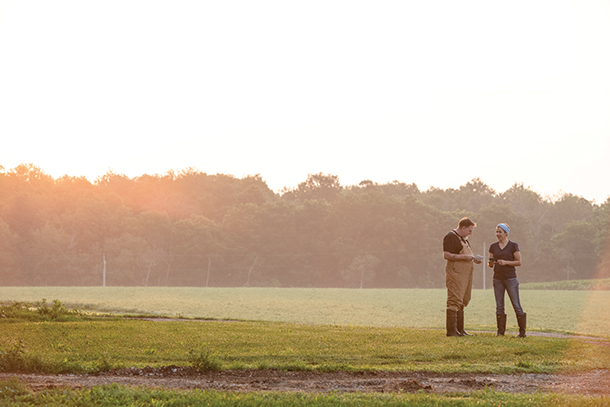 As the needs of the herd change throughout the year, Wensink makes a point of regularly checking in with her team to ensure the necessary changes are made and the team’s goals are aligned. She has daily check-ins with each team member and meets weekly with the farm’s lead herdsperson to discuss goals for the week and update him on any unusual developments on the farm. Monthly management meetings are also prioritized, as are quarterly meetings with the farm’s advisers to stay on track with their goals. “I take advantage of a lot of knowledge and expertise that’s available to us. We do a lot of checking in and monitoring to make sure we’re on track, and when we’re not, we tweak,” Wensink says.

With a team of employees formed by non-family members, Hoenhorst Farms has worked hard to retain staff and ensure their team continues to propel the farm towards its goals. Wensink says that with a long history of relying on non-family employees, Hoenhorst Farms has strived to find a balance between operating an efficient farm and fostering a positive work environment that provides employees with rewarding work.

To mitigate risks caused by uncertainties in the labour market, Wensink says each position is filled, with backups at the ready to ensure there are no lapses in labour availability. Additionally, one float position exists as further insurance to cover employee absences. Wensink says factors like these, coupled with paying above-average wages and celebrating employee milestones, help create a work environment employees want to return to.

Part of the farm’s management evolution has involved working closely with human resources adviser Cheryl DeCooman to improve the farm’s human resource practices. With help from DeCooman, the farm has formalized their hiring and training processes, implemented a health and safety program, and made small tweaks to encourage employee retention. Wensink says this has led to an increased focus on protocols for each task to help with training, encouraging employee questions and preventing accidents. “The goal has always been to create a stable, reliable, loyal and knowledgeable team. I feel like we have that now, and I am very happy with it,” Wensink notes.

Although the performance indicators help inform the farm’s decision-making, Wensink says they can also risk becoming a hindrance. She explains, “I think the biggest challenge is to make sure we look at what is important for us at that point in time and to not get lost in the data.”

There is also a risk of missing small changes when such a large volume of data is being monitored. In these cases, Wensink seeks the help of farm advisers. She says consulting others off the farm helps her see things from a broader perspective and often results in suggestions on how to improve.

As she continues in pursuit of the farm’s ultimate goal to increase farm profitability, Wensink has shifted her current focus onto a project with the aim of improving and increasing heifer raising efficiency. Her preferred performance indicators for this project are heifer non-completion rates and voluntary and involuntary culling. This project serves as another example of how Hoenhorst Farms’ 100 performance indicators help foster the stability and predictability they seek.

PHOTO 3: Of the 100 performance indicators monitored at Hoenhorst Farms, five are reviewed daily, including milk and butterfat volume shipped, number of cows identified by the milking robots as needing assistance due to suboptimal health concerns, robot failures and somatic cell count.

PHOTO 4: Cox Wensink meets weekly with her farm’s lead herdsperson, Keith (pictured), to discuss goals for the week and update him on any unusual developments on the farm. Photos courtesy of Semex.