The USDA’s October Crop Production report indicates overall hay production will be lower than a year ago despite increased acreage.

The USDA’s Crop Production report, released Oct. 12, provided the first fall estimates for the 2022 dry hay harvest. Acreage harvested for both alfalfa/alfalfa mixtures and other hay was up from 2021, but overall production was down primarily due to lower yields.

Here’s a summary of USDA estimates: 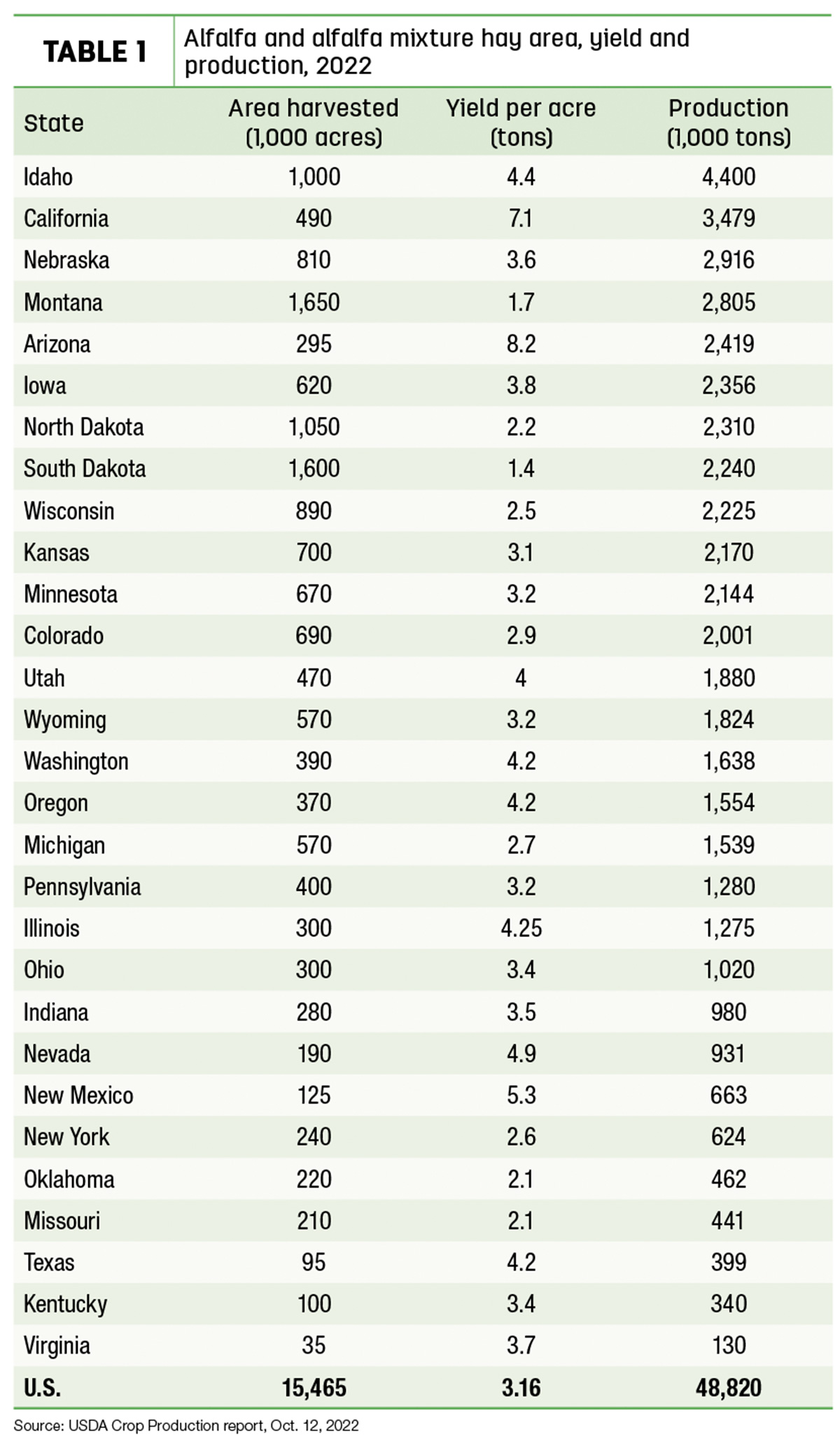 Among 29 states with individual alfalfa/alfalfa mixture data, 13 increased acreage, 11 decreased, and five were unchanged from a year earlier.

Based on conditions as of Oct. 1, U.S. alfalfa/alfalfa mixture yields are expected to average 3.16 tons per acre, down 0.01 ton from the August forecast and down 0.07 ton from last year. Largest yield declines were in drought-stressed Texas, Colorado, Oklahoma and Missouri. North Dakota boasted the largest year-over-year yield increase, up 1.3 tons per acre.

With increased acreage and stronger yields, North Dakota production was up nearly 1.5 million tons from a year earlier to 2.3 million tons. Wyoming, Idaho and Minnesota each boosted production by 400,000 to 500,000 tons from a year earlier. Largest downturns were in Colorado, Nebraska and Wisconsin, due to less acreage and lower yields; and Iowa, due to reduced acreage. 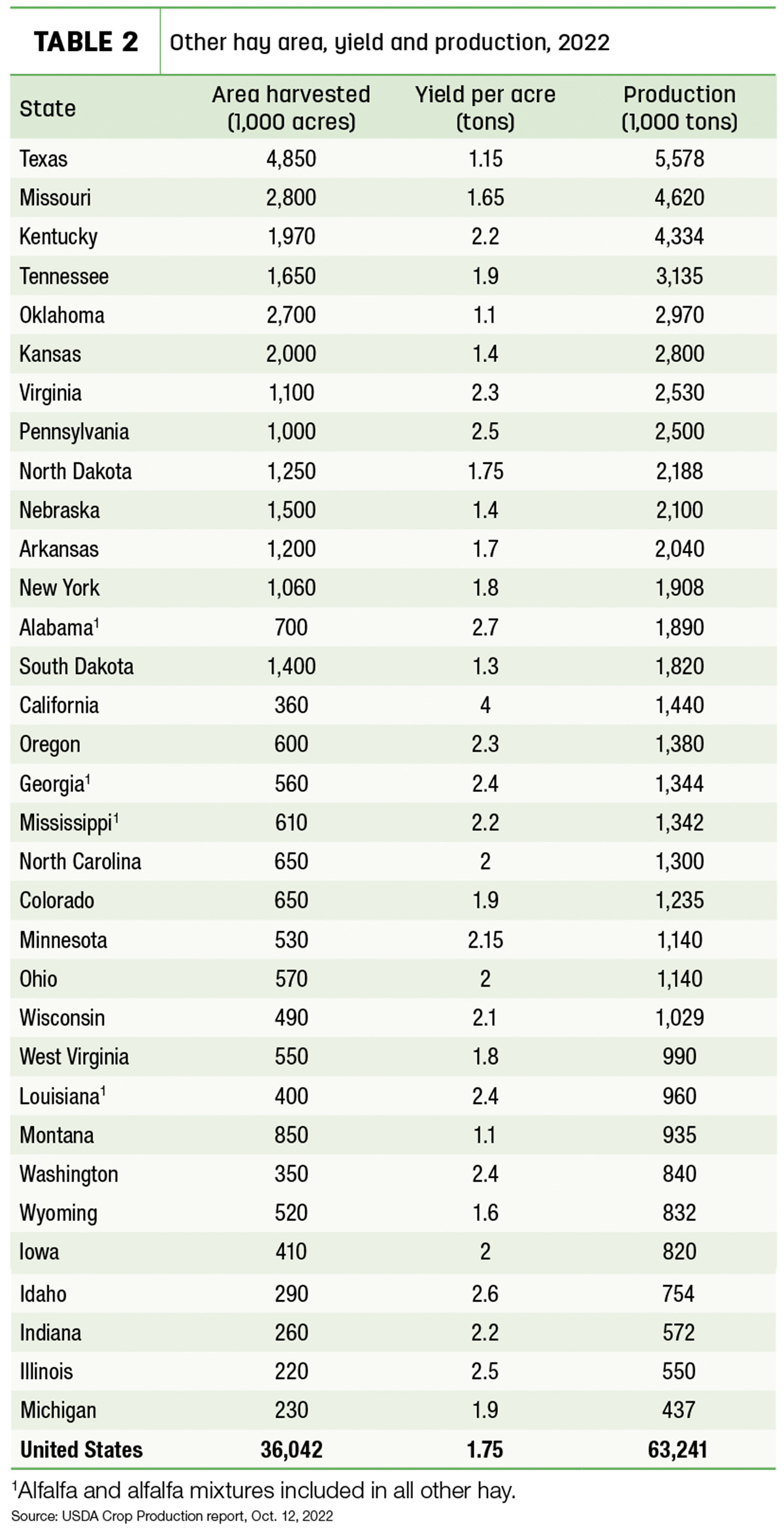 Among 33 states reported by the USDA, 19 increased acreage devoted to other hay, 10 decreased, and four were unchanged from a year earlier.

Based on Oct. 1 conditions, the U.S. yield is expected to average 1.75 tons per acre, down 0.13 ton from the August forecast and down 0.25 ton from 2021. Largest yield declines were in Georgia, Texas and Iowa. Minnesota and North Dakota reported the largest year-over-year yield increases.

The lower average yield offset the small increase in harvested acreage, cutting into production. The total production forecast for other hay was estimated at 63.2 million tons, down 7% from the August forecast and down 7.7 million tons (11%) from 2021.

With increased acreage and stronger yields, North Dakota production was up more than 920,000 tons from a year earlier, to 2.2 million tons. South Dakota, Minnesota, Virginia and Wisconsin posted production increases of 420,000 to 665,000 tons compared to a year earlier. Largest downturns were in Texas (-4.6 million tons), followed by Oklahoma and Missouri (1.46 million and 1.18 million tons, respectively).

Despite a decline of almost 4.6 million tons from a year earlier, Texas maintained its spot atop the list of major producers of other hay in 2022.

Major dairy state production of other hay is down more than 3.26 million tons from a year ago.