Transition cow management presents a unique challenge for dairy owners. Care for these cows requires attention to nutrition and health concerns and spans the dry period, calving and early lactation. Yet who is most responsible for outlining the plan of care for these animals? Owners overwhelmingly say they are, yet based on herd size, they may solicit help in designing their transition cow care plans. That’s according to recent surveys conducted by Progressive Dairyman.

Beginning in January, we asked readers: Who is most responsible to design and implement the transition cow care plan for your farm? Responses were collected in an online poll and over the phone through the end of February. 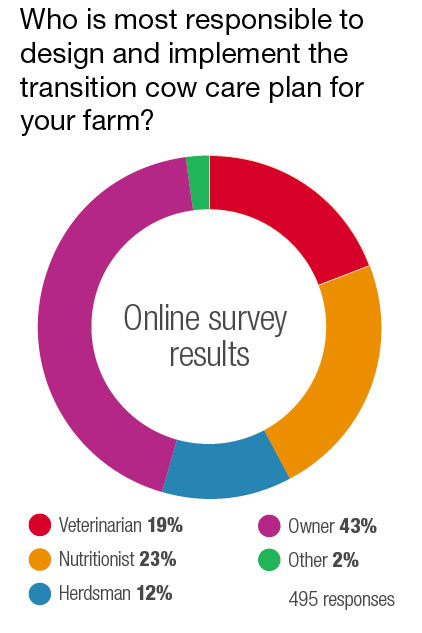 Over the phone, readers were asked to distinguish between who designed the transition cow plan, who was consulted during its creation, and who ultimately implemented the agreed-upon plan. 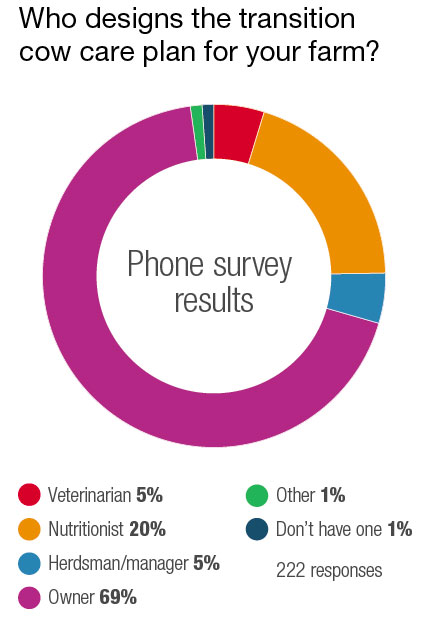 Phone participants were first qualified to participate in the survey based on their employment with a dairy farm. Thus, the disparity between the two datasets could exist because online participants may not have been dairy owners but still answered for dairies they knew of or consulted with.

Fifty-five percent of all dairies surveyed on the phone consulted someone besides the plan’s designer for input about their transition cow care plan. Herd size was a distinguishing factor in whether input was solicited. As the size of the dairy increased, the likelihood that more individuals would be consulted in the design of the plan also increased. 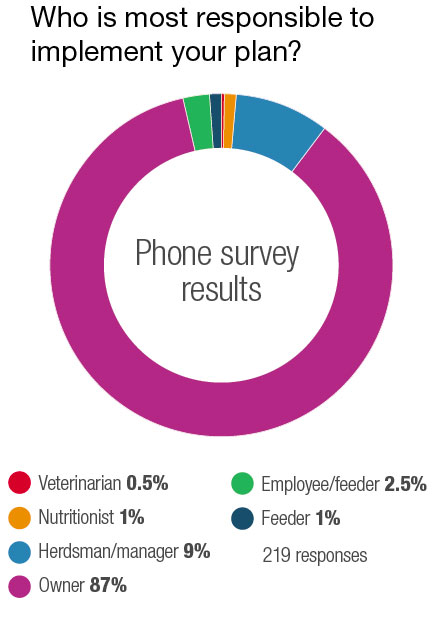 For example, half of all herds surveyed with fewer than 100 head of milking cows didn’t consult with someone else about their plan. Two-thirds of dairies with 100 to 500 cows consulted with someone when designing their plan. Only one in 10 dairies with more than 500 cows did not solicit input beyond that from the plan’s designer.

Out of the 124 dairies with a plan who did solicit input from others besides family members or partners, nutritionists (50) and veterinarians (47) were the most frequently referenced individuals invited to provide input. Other individuals mentioned as input providers were managers (10), other consultants (10) and employees (7).

Nutritionists were more often referenced in phone surveys as the primary designers of transition cow care plans than any other non-owner group. PD

Note: These poll results are not scientific, nor have they been analyzed for statistical significance.