The USDA released its latest Ag Prices report on March 31, including factors used to determine monthly DMC margins and payments. Based on preliminary calcuations by Progressive Dairy, the February DMC milk income over feed cost margin is just $6.22 per hundredweight (cwt), the slimmest margin since April-May 2020, when the onset of the COVID-19 pandemic sent milk prices plummeting.

The small February margin triggers indemnity payments on Tier I and Tier II milk insured at all levels above $6 per cwt. Those with Tier I (5 million pounds or less of covered production history) who are insured at the top level of $9.50 per cwt will see a payment of $3.28 per cwt, following a payment of $2.36 per cwt on January milk marketings (Table 1). 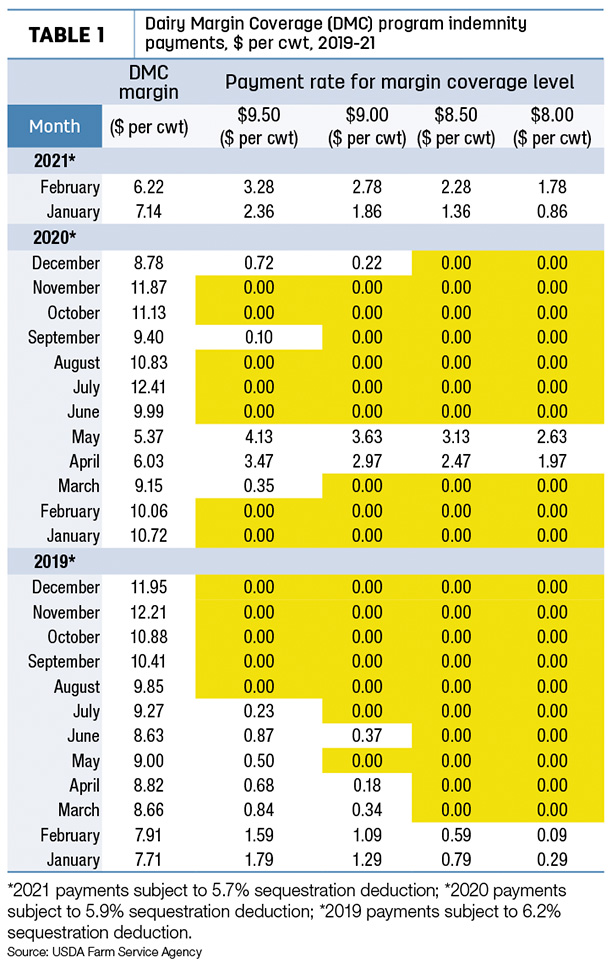 Those insured at lower margins will also see strong indemnity payments. The payments are on one-twelfth of a dairy operation’s covered annual production history, and DMC payments are subject to a 5.7% sequestration deduction in 2021.

While slim margins last April-May 2020 were mostly attributed to low milk prices, February’s shrinking margin is due to declining milk prices and another increase in monthly average feed costs.

Among major dairy states, February milk prices took the biggest hits in Kansas, New Mexico and Texas, each down at least $1 per cwt from January. A handful of states (Florida, Georgia, New York, Ohio, Pennsylvania, Vermont and Virginia) saw gains of 30 cents or less (Table 2). 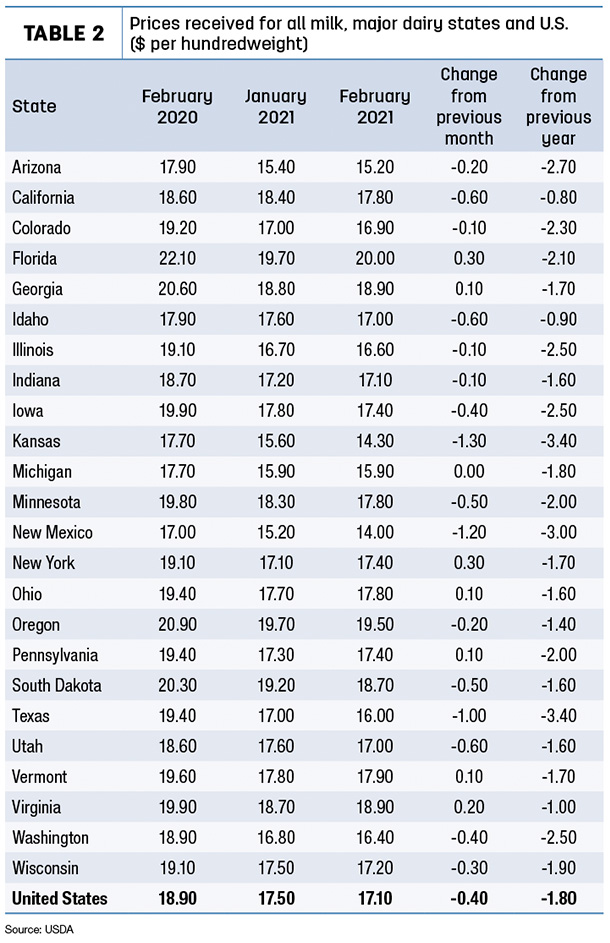 The lowest announced price in February was in New Mexico ($14 per cwt); the high was in Florida ($20 per cwt). Compared to a year earlier, February 2021 average milk prices were down $3 or more in Kansas, New Mexico and Texas.

On the cost side of the ledger, U.S. average feed costs to produce milk in February continued to rise to seven-year highs.

Those feedstuff prices yielded an average DMC total feed cost of $10.88 per cwt of milk sold (Table 3), up 52 cents from January and the highest since June 2014 under MPP-Dairy. 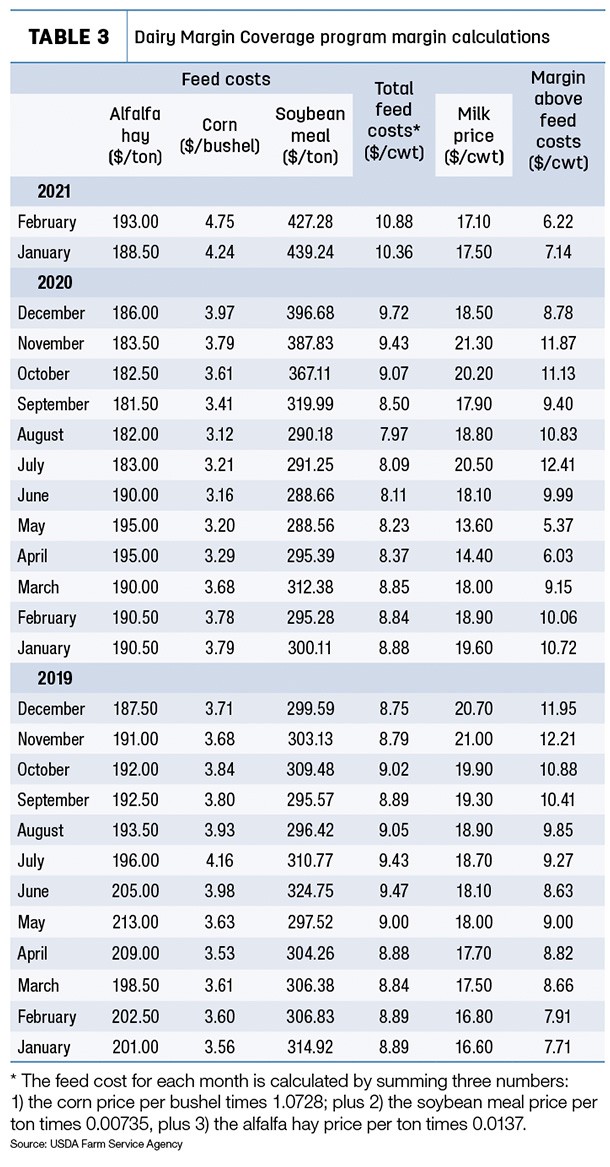 Based on current market conditions, DMC could pay monthly indemnity payments throughout 2021. Using the DMC Decision Tool, monthly average feed costs are expected to remain well above $10 per cwt of milk sold, topping $11 per cwt in May-July 2021. As a result, those insured at the $9.50 per cwt level would see a payment anytime the monthly all-milk price falls below $20 per cwt.

The adjusted milk production baseline, capped at 5 million pounds per year, is effective January 2021 through the life of the current farm bill and DMC program, ending in 2023.

Once the USDA Farm Service Agency (FSA) determines a sign-up period, eligible producers must contact their FSA office with 2019 actual milk production records if they wish to adjust production history on an existing operation. Those eligible to cover additional milk under the DMC production history adjustment must already be enrolled in DMC for 2021.

Any increase in milk production history covered under DMC also means the producer will have to pay the additional margin insurance premiums on that milk.