Dave Natzke
USDA’s latest Milk Production report displayed a continuation of trends occurring most of the second half of the year: declining cow numbers and stagnant milk production per cow. As a result, total U.S. milk production in December and the final quarter of 2021 were below year-ago levels.
Dave Natzke

The USDA revised November’s estimated milk production and number of cows down slightly. Revisions to estimates in the 24 major dairy states cut about 16 million pounds of milk (about 0.1%), with cow numbers down 3,000 head.

U.S. cow numbers declined for a seventh consecutive month and are now the lowest since August 2020. December 2021 cow numbers were also down 7,000 from the revised November estimate and are now also down 132,000 head since peaking in May 2021.

Compared to a year earlier (Table 1), December 2021 cow numbers were reported higher in eight states and lower in 14 states; Oregon and Vermont were unchanged. 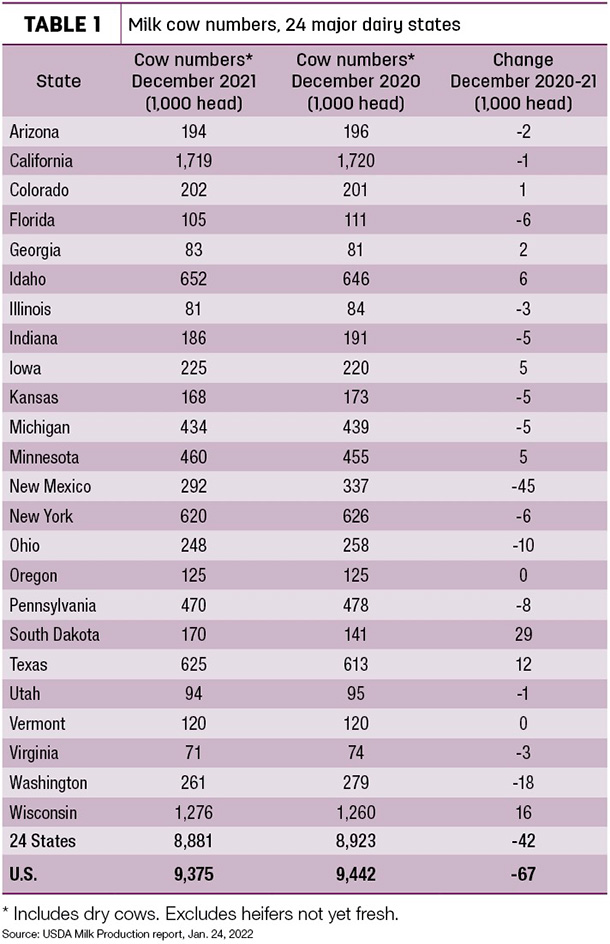 Cull cow slaughter played a role in the shrinking milk herd size to end the year, with cows sold for beef in December up substantially from November.

Growth in milk per cow slow

Overall monthly U.S. production per cow rose just 11 pounds compared to December 2020. California and Virginia posted the strongest gains, up about 1.5 pounds per cow per day, with Texas up 1 pound. On the other end of the spectrum, dairy output per cow was down in 12 states, led by New Mexico, Vermont, Illinois and Arizona (Table 2). Michigan maintained its lead over Colorado in milk output per cow. 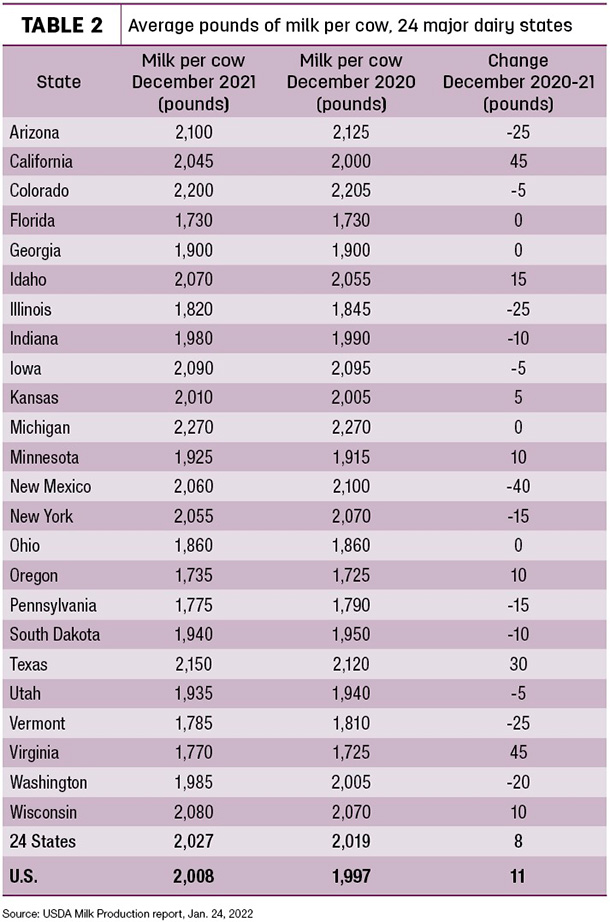