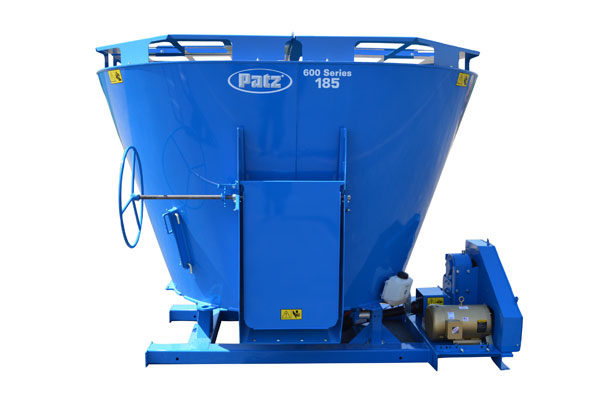 Patz Corporation has announced a new addition to their existing line of stationary vertical mixers. Offered in a low-profile, 185 cubic foot unit, the 600 series vertical mixer is strong, resilient and reliable, designed to handle your daily mixing requirements.

The vertical mixer was engineered for use in a variety of applications, including the mixing of feed rations, processing of organic materials for composting and reducing the volume of bulky materials. The stationary unit features heavy-duty, one-fourth inch walls, a one-half inch thick tub floor, a tough, three-eighths inch top ring and two adjustable flow restrictors, all included as standard features.

This new stationary mixer also has a newly designed base and improved serviceability.