Replacement animals represent the economic future of the dairy in these three ways:

Simply put, you need to keep them alive, healthy and growing properly, and getting them pregnant is critical and valuable.

The goals of replacement management should be to:

Proper heifer growth is crucial, especially early in life. It is important to monitor them correctly. First, you need to quantify the impact of problems and changes on the heifers. These include diseases (especially diarrhea and pneumonia cases), feeding issues (milk/milk replacer and starter) and passive immunity failures. Next you need to identify issues specific to individual animals and then address the issue, correct the issue or remove the animal from the future replacement pool.

For effective replacement management, it is important that you track the growth of the replacements. In DC305, you are able to do this with an item for the birthweight and an event called MEASURE. This allows you to weigh the heifers at critical times of their lives. Critical times to record a weight, in order of importance, include:

The best way to have an effective replacement program is to weigh animals at the critical times. Unfortunately, not all calves are weaned or weighed at the exact same age. So this makes it difficult to compare and see which animals are really growing better and which are compromised. 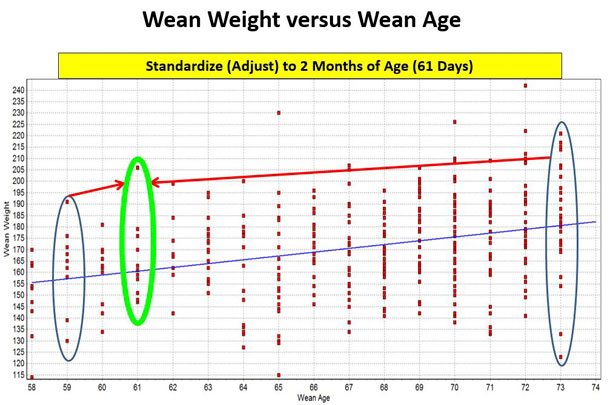 By using DC305 GUIDE, you are able to standardize (adjust) the weights of different age animals to a standard age in days (see Figure 1). An example of this is DC305 will take the individual weaned weights and standardize them to 61 days of age. Now you are able to compare individual animals on an equal playing field. This standardization can also be done for the current daily gain. This is different than the average daily gain.

Standardization can be done at (see Figure 2): 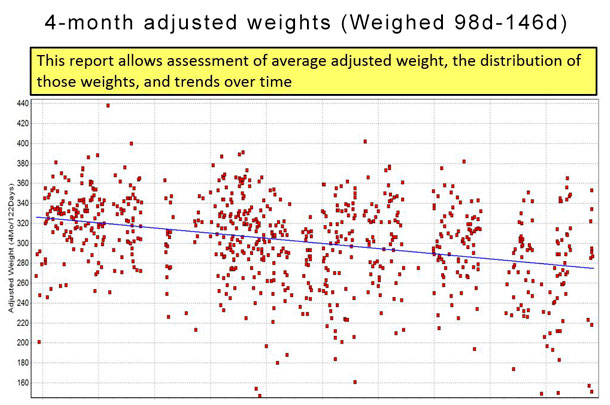 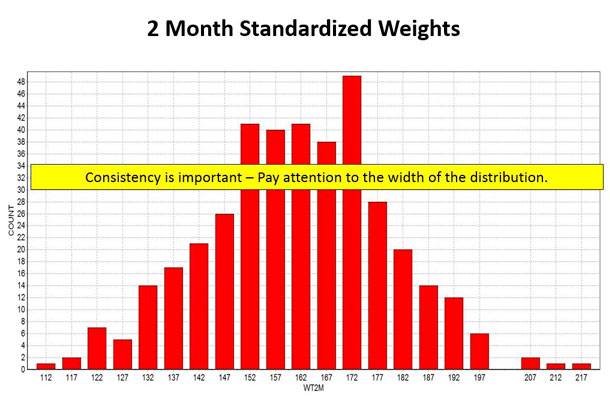 Dr. Robert Corbett has shown data that the current daily gain has more of an effect on the future production of an animal than the age at first calving. With heifer replacements being the future of the dairy operation, it is extremely important that you have a good replacement management program in place and are taking weights at critical times in their lives.