The USDA released its latest Ag Prices report Dec. 27, including factors used to calculate November Dairy Margin Coverage (DMC) program margins and payments. The November DMC margin was estimated at $12.21 per hundredweight (cwt), up $1.33 per cwt from October and far above the highest insurable margin of $9.50 per cwt (Table 1). There will be no Dairy Margin Coverage (DMC) program indemnity payments at any level of coverage for a fourth straight month. 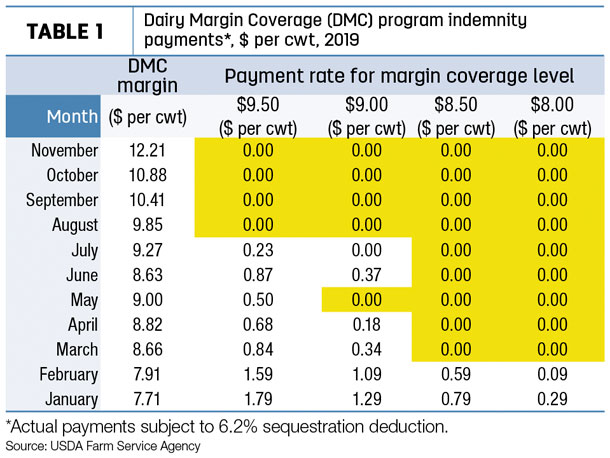 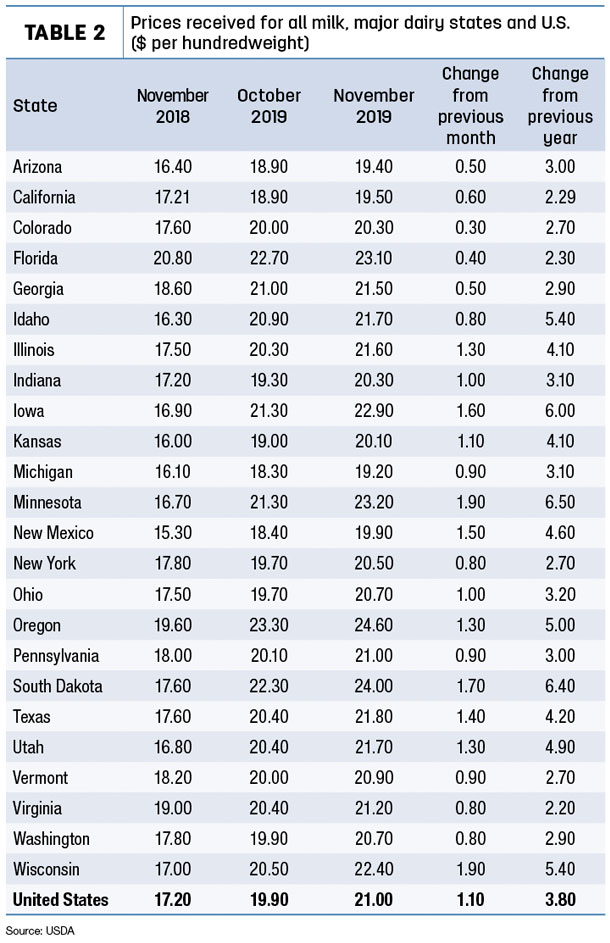 Dairy farmers in four states saw milk prices increase at least $1.50 from October, led by a gain of $1.90 in Minnesota and Wisconsin.

Compared to a year earlier, the average prices in Iowa, Minnesota and South Dakota were up more than $6 per cwt, and producers in three other states (Idaho, Oregon and Wisconsin) had increases of more than $5 per cwt.

That yielded an average DMC total feed cost of $8.79 per cwt of milk sold, down 23 cents from October (Table 3). 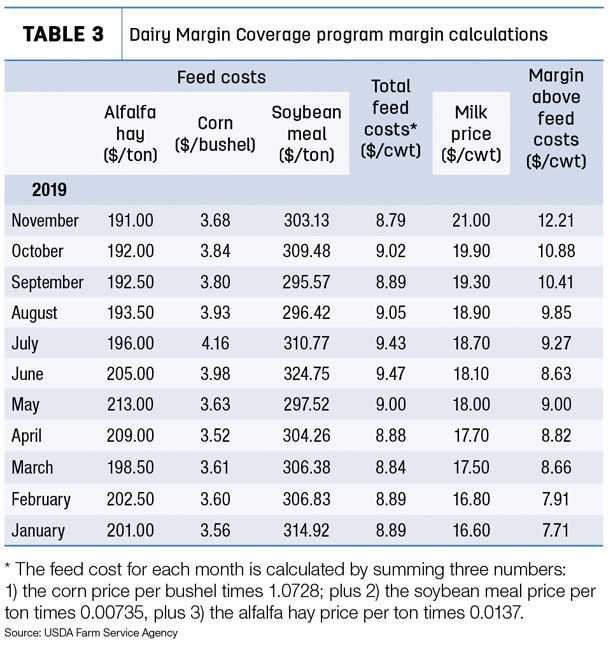 The USDA’s DMC Decision Tool estimates margin ranges and payment probabilities based on current milk and feed futures prices. As of Dec. 26, DMC margins were expected to move lower in December 2019 through February 2020 and then hover between $10.15-$10.50 for much of the year.

DMC margins had a 13%-26% probability of falling below the top insurable level of $9.50 per cwt between March-September 2020 but less than a 5% chance of falling below $9 per cwt over the same period.