What the Census of Agriculture tells us about dairy farms

Calvin Covington
Last year, the USDA released the 2017 Census of Agriculture. The agriculture census is taken every five years going back to 1840. Many, including me, filled out and returned a 2017 census form, providing information about our farming operations.
Calvin Covington

The vast amount of data collected has many uses, such as developing policy and programs including disbursement of government funds, identifying trends and helping to more efficiently allocate resources. 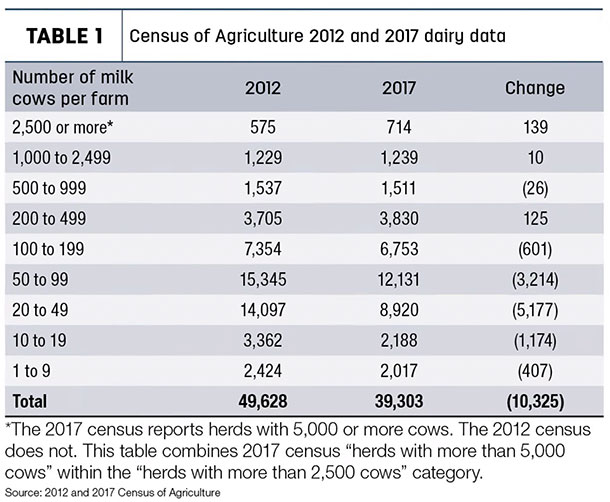 The census groups the 39,303 farms by herd size, from over 5,000 cows down to one to nine cows per farm. The year of 2017 is the first time their data has included the “over 5,000 cows” category. Milk sales are reported for each herd size as well (see Table 2). I have added descriptive statistics to show the relationship of each herd size to the total number of farms and sales. 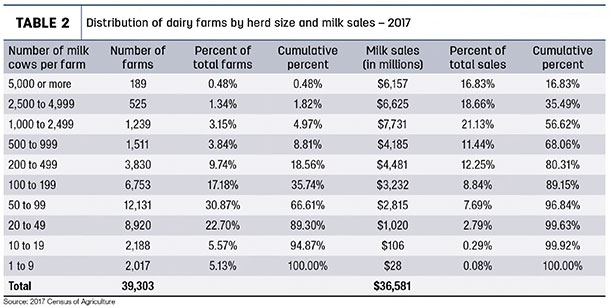 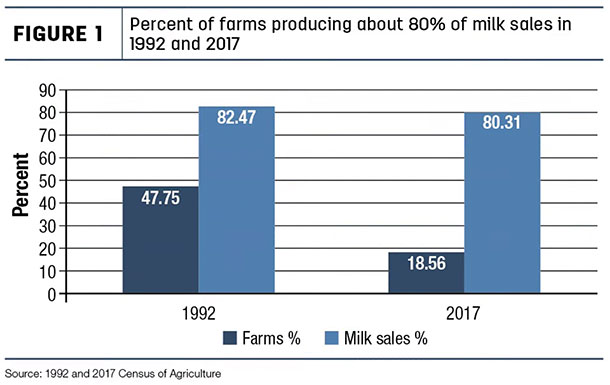 As stated above, this country is getting closer to 10,000 farms producing most of the milk. However, I do not want to write off small dairy farms. Farms with fewer than 100 cows still comprise about 60% of all farms with milk sales. In some states, farms with fewer than 100 cows are a significant portion of the state’s dairy industry. For example, in Pennsylvania, about 80% of the state’s dairy farms are responsible for about 45% of milk sales.

Helping to support smaller farms are some cooperatives that focus on marketing milk from smaller farms. These cooperatives provide milk markets for smaller producers and are smaller-herd-oriented in their decision-making. In addition, on-farm dairy processing and manufacturing, a growing segment of the dairy industry, is adding some farms. Granted, it is not easy processing or manufacturing, then going out and marketing those products. But it is helping to keep some smaller farms in business and has the potential to help others. Progressive Dairy has provided articles on this subject. However, it goes without saying if dairy margins per pound of milk produced continue to decline, smaller farms face a greater challenge.

In summary, the trend continues toward fewer but larger dairy farms. This is the trend in most all segments of production agriculture, as supported by Census of Agriculture numbers. The merit of fewer but larger farms has and will continue to be debated. But what is not to be overlooked is: The nation’s agricultural industry, including the dairy industry, continues to feed more and more people with fewer and fewer resources consumed.

The U.S. population went from 272.9 million in 1997 to 325.7 million in 2017, a gain of 52.8 million people. Yet during this 20-year period, the acres in farmland dropped from 954.8 million to 900.2 million acres. Today there are about the same number of dairy cows as there were 20 years ago. Fewer cows are providing more dairy products to more people, not only in this country but throughout the world. There appears to be no end to the productivity and efficiency of American farmers.