Graziers discuss ways to get started despite dairy economy

Kelli Boylen
Although it is common knowledge the dairy industry is tough right now, it is still possible to pursue the idea of having a dairy operation. Financial officer Ron Bula said even though cash flow can be tight, there are still opportunities for those looking to start up.
Kelli Boylen

For example, dairy facilities can sometimes be found for pennies on the dollar compared to their value a few years ago. Bula, who works for Compeer Financial, said smaller dairies can sometimes have an advantage right now because they are able to be more nimble. 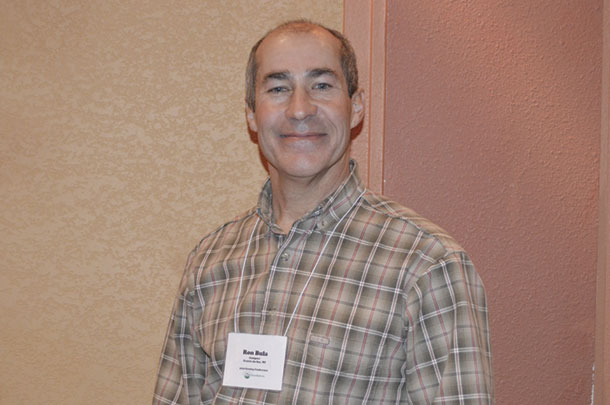 Bula was a panelist on a discussion about getting started in a tough dairy economy during the Grassworks Grazing Conference, held recently in Wisconsin Dells, Wisconsin.

“Smaller dairies have the option to use intensive managed grazing and consider even processing their milk and direct marketing, which larger operations would have difficulty doing,” he said. “You can look at finding a niche market like A2 milk, grass-based or Jersey cow milk or whatever to differentiate your farm.”

He said when it comes to approaching lenders, it is important to understand financial management. Two pieces of advice he gives is, “Don’t assume you know everything,” and “Get second opinions.”

Bula said a business plan taken to a prospective lender should include your “why” – what your mission statement is and why you want to go that route. He said all partners – family or otherwise – should be fully informed and agree to that shared vision. The business plan should also include a three-year projected cash flow, a financial statement projection, a marketing plan and an agronomy plan.

He added it is also helpful to include a description of your background and education – the things about you that will help you succeed with your plan.

Ideally, he said in addition to good business plans, loan officers are looking for people who have been successfully working in the industry and have proven they have some production and financial management skills. He said he also likes to see when they have a passion for this business.

As the average age of dairy farmers in the U.S. continues to climb, Bula said agencies such as FSA are very interested in talking to young people looking to farm and finding loans that will work for them.

For generational transfers, Bula strongly recommended good communication among parents and children, full financial disclosure and treating the next generation as partners rather than just the parent/child dynamic.

Bula was joined in the panel discussion by dairy producers Ryan Heinen and John Richmond. Kelsey Vance was unable to attend the conference but provided her comments in a follow-up interview. 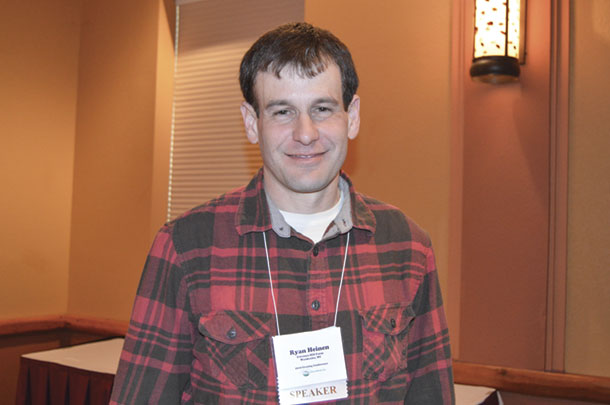 Ryan Heinen of Waukesha, Wisconsin, went through the Dairy Grazing Apprenticeship with the goal of dairy farming. After not being able to locate a farm he could purchase in the area he wanted, he is now the land and livestock manager on a grazing beef operation with 28 head and continuing to work toward developing a dairy operation.

When he started at Gwenyn Hill Farm, he immediately started creating paddocks on 100 acres and found heifers to custom graze to get the pastures going.

Although he is only milking currently for his family, he said when he put his cows into the stalls of the 50-year-old barn on the farm, that was the first time in 20 years cows had been milked there.

The animals give him some equity as he continues to make plans and crunch numbers to make the dairy dream a reality. He said he is looking into the possibility of an on-farm creamery and direct marketing grass-fed milk since they are close to an urban area.

“I did not grow up on a farm, but my grandparents were dairy farmers, and I wanted to provide that lifestyle for my family,” he said. “I wanted to dairy farm to find a profitable way to accomplish grassland and native prairie conservation. I have had to change my plans of owning my own farm but am still working toward the same goal of accomplishing conservation through farming and providing a farm lifestyle for my family. I love the work I am doing here, and [I’m] still learning as I go.”

Keeping costs down as a grazier helped Richmond 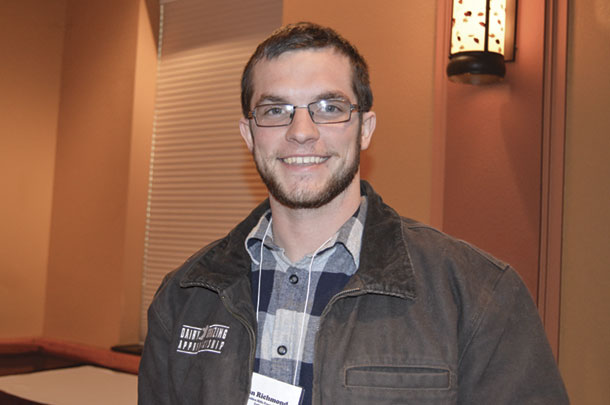 John Richmond from Colfax, Wisconsin, said for him the secrets to getting started in dairy are to keep costs down and find the right person looking to exit his or her operation.

Through middle and high school he worked on his uncle’s farm, which was a continuous pasture tiestall operation, but he had a son interested in his farm.

After college, he started working with a master grazier, Charles Flodquist, through the Dairy Grazing Apprenticeship. After the two years of the program, they knew they worked well together, and Flodquist was comfortable helping Richmond financially to get started. Throughout the summer and fall of 2017, they planned out how transferring the farm would be best, and they wrote up the paperwork with an attorney.

He is currently working on a seven-year plan to purchase the operation, owning the cows, leasing equipment and renting the land. He is milking 150 cows in a grazing operation. He operates 500 acres, 71 of which are mechanically harvested. He milks in a swing-16 parlor.

Richmond says starting up the tractor costs money, and fencing and electricity are pretty cheap, so the cows harvest their own food as much as possible.

He joked his cows are “mutts” but said really he breeds his cows for what works best on his land. The cows are almost completely on grass from May to December. He supplements with hay and corn silage in the winter.

“Grazing is the best way to enter this industry right now,” Richmond said.

He said he knew he either needed to start out small or find an existing dairy producer who was willing to work with him financially, and he was fortunate to do that.

His future goals are to get the farm fully purchased through his grazing no-till business plan.

Vance puts plans on hold until children are older

Kelsey Vance of LaCrosse, Wisconsin, has put her plan to dairy on hold for a few years, not because of the dairy economy but rather the family obligations of having two young children while her husband completes an electrician apprenticeship.

Vance said while she was part of the Dairy Grazing Apprenticeship program, her mentor shared many innovative tips; a big one was to keep things simple, such as presetting bales for winter feeding to prevent having to deal with tractors.

“He had great advice on how to set up our farm so it could be a one-woman operation, since my husband plans to continue to work as an electrician once he’s a journeyman,” she said.

“The initial start-up of the farm would have been the biggest hurdle, but I think [among] my mentor’s brains, my brawn, my husband’s help and my family and friends’ support, we could have made a strong go of it and things would’ve turned out all right,” she said. They made the decision to buy a house in town because the small family farm she was working on, for a variety of reasons, was unable to keep milking, and the Vances were not yet in the position to take on the financial commitment of purchasing a farm or land of their own.

“When my kids are old enough to be in school, I completely plan on finding another farming job,” she said. “And in the long-distant future, we hope to have a farm of our own. It may not be a huge operation, but we’d love to have some livestock of our own.” Until then, she said she plans to keep up-to-date on the latest farming information through reading and maintaining relationships with the influential farmers she met through the DGA. She said she will strive to keep her passion for farming alive and hopefully hand it down to her children.

PHOTO 1: Ron Bula advised graziers a business plan taken to a prospective lender should include what your mission statement is and why you want to go that route.

PHOTO 3: Richmond is working on a seven-year plan to purchase a grazing operation from his mentor through the Dairy Grazing Apprenticeship. Photos by Kelli Boylen.

Kelli Boylen is a freelance writer based in northeast Iowa.