Ron Bruggeman
No one seems to think much these days about the role the milk filter plays in producing high-quality milk. It’s probably fair to say most farmers don’t think about it at all.
Ron Bruggeman

In fact, in a recent article, winners of a dairy quality award were asked about the keys to a successful milking outcome. Responses included cow comfort, milking procedures, teat maintenance, mastitis treatment and cow monitoring. There was no mention of the milk filter. And while that’s not surprising, it is concerning.

Yet in another article, a producer was having trouble hitting his milk quality targets, and had turned to a consultant for help. The consultant discovered a major contributor to the problem was: The milk filter was not being properly secured to its support; unfiltered milk was making its way into the bulk tank.

A simple fix led to immediate improvement in milk quality, demonstrating the value of the milk filter. But it took an outsider to bring this to the producer’s attention, reinforcing the notion the filter is an unsung hero.

Milk filters are commonly considered a commodity product – purchased in bulk without much thought. Indeed, results from a survey conducted at the 2018 World Dairy Expo revealed many farmers do not even know the brand of the filter they use. A common response was “whatever my dealer brings me.” In that same survey, 46 percent of respondents said they thought the filter’s performance contributed little or nothing to a successful milking outcome. (This may explain why more than a few admitted they had never even tried a different filter.)

The early days of the milk filter

Since the inception of dairying, producers have sought a way to remove the large pieces of sediment from the milk. Early on, this was referred to as straining. Milk straining was the exclusive topic of the 1919 USDA’s Bulletin No. 1019. The bulletin underscored the need for straining and identified various materials that could be used to do so: wire gauze, cheesecloth, cotton cloth, canton flannel, filter cloth and absorbent cotton.

In addition, it also stated the following: “Sediment in milk indicates carelessness in its production or handling. Sediment contaminates milk and makes it less salable. Most of the sediment in milk comes from the bodies of cows and consists of hairs, manure, bedding, etc. Straining removes only the coarse particles of dirt and removes neither the bacteria nor the fine dirt. Straining improves the commercial quality of milk but does not appreciably improve its healthfulness.”

A century ago, the USDA recognized straining milk increased its quality. However, at that time, milk quality was not considered synonymous with milk healthfulness. Straining, they assumed, did not improve healthfulness.

As production technology advanced, milking systems became mechanized. Milk now flowed directly from the cow to the bulk tank via an in-line plate cooler and without human intervention. With mechanization also came the need for a consistent way to keep sediment away from the plate cooler. Thus, the milk filter as we know it – our modern-day strainer – was born.

Over time, the distinctions between the USDA’s 1919 definition of milk quality and milk healthfulness have disappeared. Milk quality, measured in bacteria counts, has become the stick against which healthy cows and successful milking operations are measured. However, milk filter performance has not ever been tied to the production of higher-quality milk. 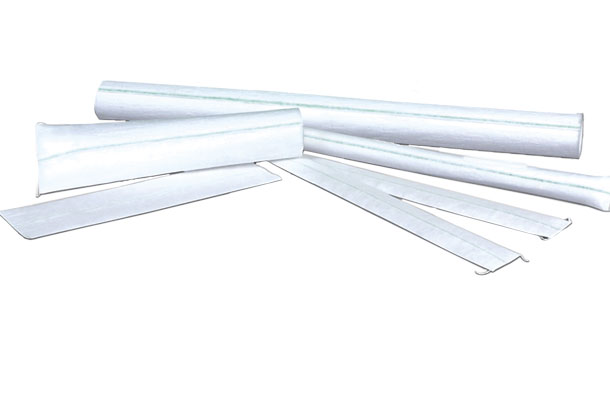 In a basic experiment to test the impact of a filter on milk outcomes, a producer in Idaho measured bacteria levels before and after the filter. The results demonstrated a nearly 50 percent reduction in lab pasteurized count (LPC) levels and a 30 percent reduction in standard plate count (SPC) levels after the filter. If milk filter performance doesn’t matter, why then is the bacteria count lower after filtering? The answer is simple. Sediment carries bacteria. Trap sediment in the filter, and there will be less bacteria in the bulk tank. That translates to higher-quality milk, which could not be achieved without filter performance.

The reality is: The milk filter is a tool, not a commodity. It is used during both the milking process and CIP. And like all tools, there is a difference between brands. Some simply try to stop sediment from getting to the plate cooler. Others are engineered to trap sediment and help remove it from the milking system. As with any tool choice, the end goal should drive the investment decision.

In these days of low prices and lean profits, the right choices matter more than ever. Even seemingly small choices, like the brand of a milk filter, can offer big improvements. The key is in understanding the tools available and how they fit operational goals.

Ron Bruggeman is the president of Schwartz Manufacturing Company, makers of the Tuffy brand of milk filters. Email Ron Bruggeman.