Nicole Toebes created a high-quality workwear to serve farmers by incorporating her own experiences and farmer concerns.

Nicole Toebes met her husband, Ross, milking cows part-time on a dairy farm in Ontario. As time progressed, they were married and Ross took a herdsman position on a 500-cow dairy. Shortly after, Nicole had their first child – and while at home, one responsibility of hers was buying workwear for her husband.

“I came across a really high-quality boot, and we actually paid 300 dollars for this pair of boots, but then my husband’s feet felt better, his back was better, and they lasted. It was totally worth paying for those,” Toebes says. “I then started looking for the workwear equivalent to those boots – something that was high-quality, would last and was Canadian-made – and I just couldn't find it. So that brought me to the point where the idea for Mudeas workwear started.”

Toebes did a soft launch of their first coverall product in September of 2021 and received a lot of sales.

“Everyone kind of jokes, 'It'll be your mom and dad who buy the first ones,' and that wasn't the case. They kind of held back. It was people we didn't know who bought those first 50 pairs,” Toebes says. “So I packaged them up and sent them out. It was a little nerve-wracking to put them out into the world in quantities and to see how different farmers and people involved in agriculture were going to apply them.”

The reviews on the coveralls came back positive and, after a year of launch and selling the coveralls, she did not receive one bad review.

“It was a huge moment for me realizing that my dream of making durable, innovative workwear had actually come to fruition,” Toebes says.

“It gives me such pride to see hardworking people who don't complain, who do what they need to do each and every day to feed the world wearing my stuff. And hearing the reviews of how Mudeas has changed their life because they are more comfortable during their day,” Toebes says. “A lot of women have come to me saying it was emotional to get their workwear in the mail because they finally have a functional, comfortable piece of clothing they can wear to work every day.”

Toebes didn’t want to go into making workwear by taking what had already been done and replicating it.

“I made an entire women's line, which hasn't been done much. A lot of companies for the women's line will offer a smaller version of a men’s sizing, which was my frustration before I started this,” Toebes says. “I would be so excited I found some women's workwear, but it would be exactly the same as my husband's in a smaller version. And I'm not a small girl. I'm almost 6 feet tall.”

When it comes to designing and manufacturing any kind of apparel or workwear brand, there is no rule book out there, Toebes says. In the beginning of 2018, Toebes spent hours researching workwear.

“The first thing I had to do was figure out the industry and become an expert at workwear. It was really helpful to bring my experience of wearing workwear ever since I was a young kid,” Toebes says. “But it was another thing to go in and disassemble workwear and ask, ‘How is this made? How can we make this tougher? How can we add more pockets?’”

Wanting her workwear to serve the people who would be wearing it, Toebes also started a social media group to ask farmers what their biggest frustrations were in their workwear that was available. Taking the feedback she received and incorporating in her own experiences from wearing workwear while milking cows, she started on her initial design concept. 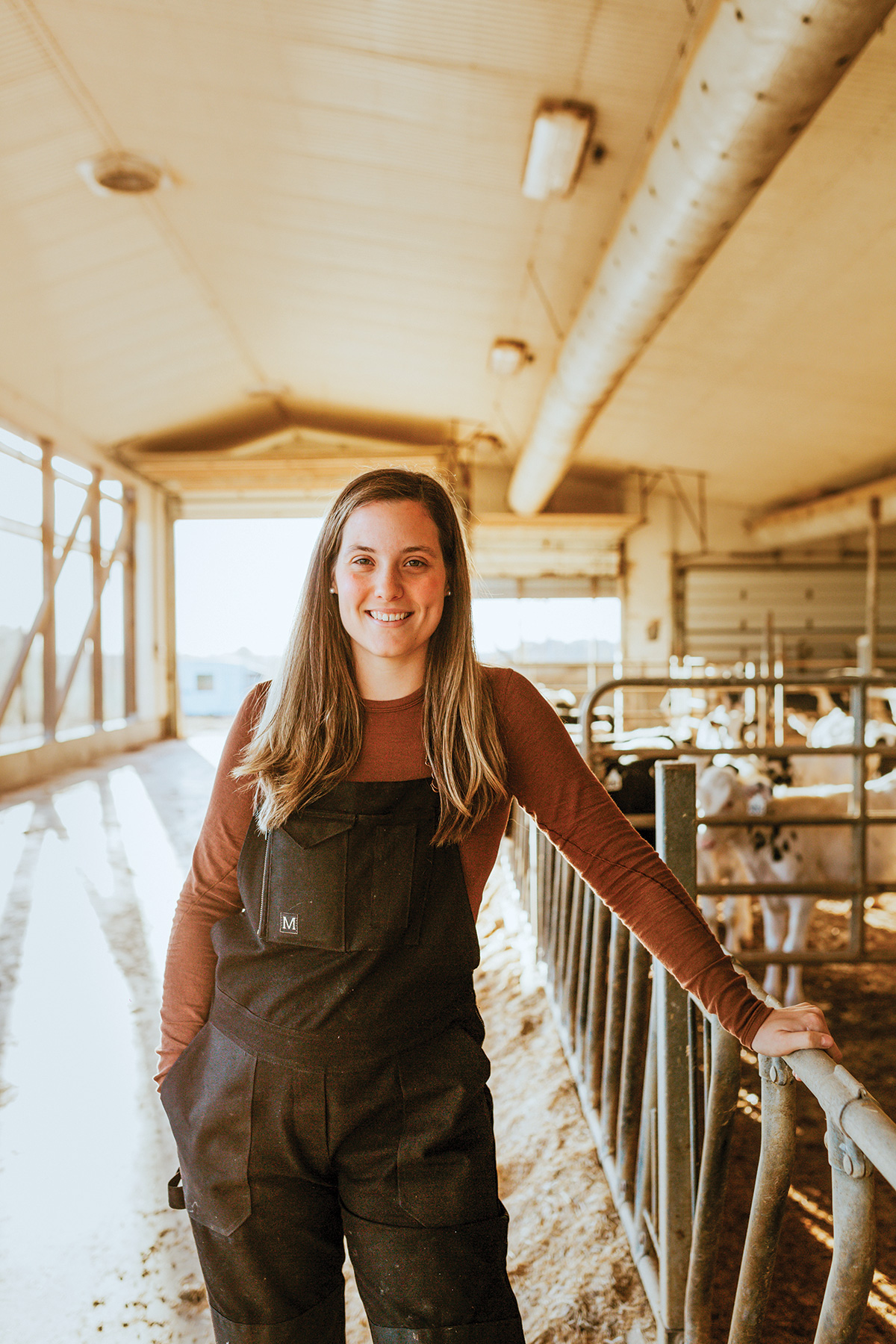 Once she had her design, Toebes set out to find someone who could manufacture her workwear. Finding someone to make her workwear proved to be the biggest hurdle she faced in the whole process.

“When I first started out, I thought, ‘Of course I'll make a Canadian-made product.' Well, it turns out it's incredibly difficult to get anything made in Canada, let alone workwear,” Toebes says. “Workwear uses a really durable material, which requires different sewing machines and different sewing needles. We had to search high and low, and I sent out hundreds of emails to people.”

After years in the making and months of back-and-forth emails, the first manufacturing company Toebes settled on sent a sample of her design.

“It was awful. The seams were not properly made, and the fabric they had chosen was not durable. It broke my heart because I was so ready to put out a product, but I had to decline,” Toebes says. “After another six months, which felt so long to me, we were able to find another company. We got the sample back from them, and it was amazing. We made a couple tweaks, and then we went into production.”

When asked what the best decision she made was, Toebes says taking her time to wait for the right people, the right manufacturing facility, the right fabric to be made and ordering the right supplies. In the long run, all these things proved to be worth every bit of patience. 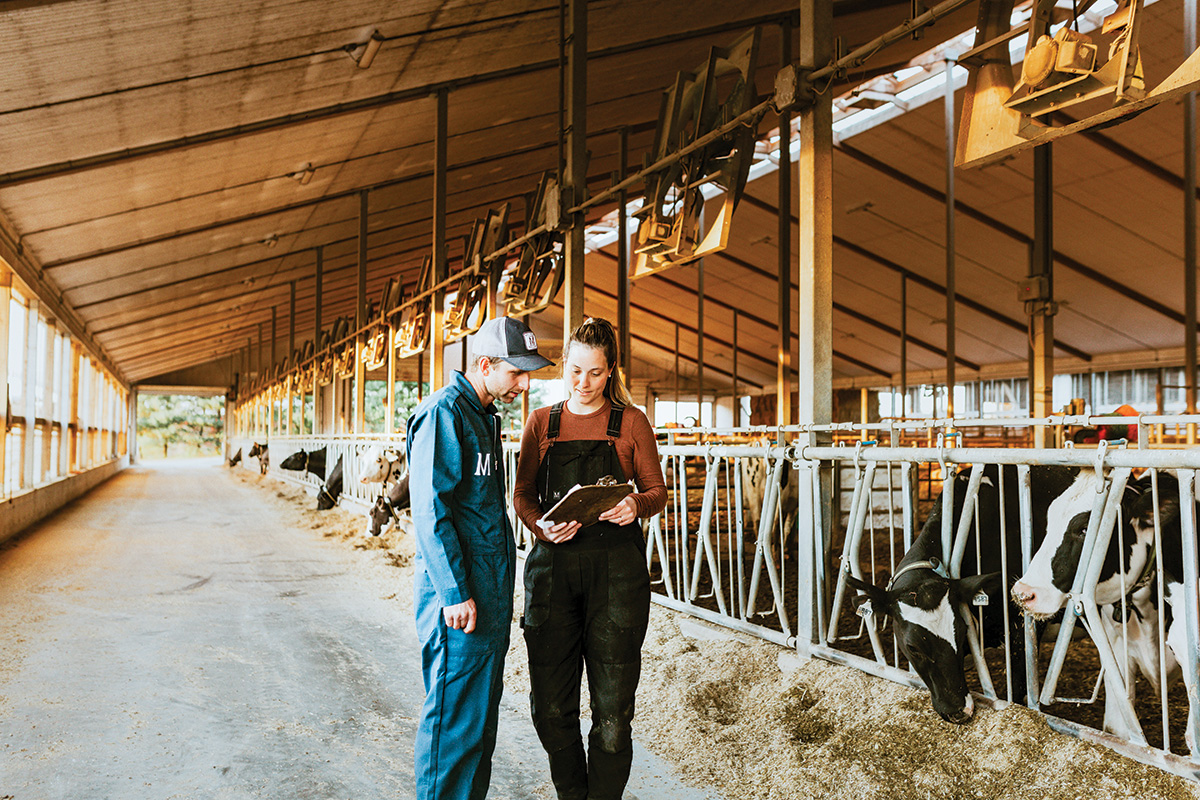 “At every stage of fabric and fashioning, we had an option to choose what quality level we wanted to put on our pieces. While it would be really easy to cut a corner and put a cheaper zipper, cheaper button or put a low-quality fabric on there, I made a commitment early in the design process to put the best of everything into my workwear,” Toebes says. “This serves not only me as a business owner, but it also serves the wearer because it's not something that's going to wear out or break on them.”

Upcoming in January of 2022, Toebes says a children’s line of overalls will be rolling out, and in 2023 she will be releasing work pants.

Toebes' big dream is to farm alongside her husband one day, and she says her workwear line is a stepping stone until they can buy a dairy of their own.

“If you see a gap in the industry or if you see something is lacking, and you have an idea to invent something new to better something, go for it,” Toebes says. “The knowledge and the support is there.”