Leading the Way: Success in the show ring is 365

Katie Coyne
All across the country this summer and fall, traditional youth shows and county fairs have been canceled. Fortunately, there are dedicated volunteers who have put together backyard shows, virtual shows and regional shows so the dairy youth who work so hard 365 days a year can show off their hard work.
Katie Coyne

We asked two dedicated youth what their show season was going to look like in this unprecedented year. Here is some advice for fellow youth on how to make it through the strange year that is 2020. 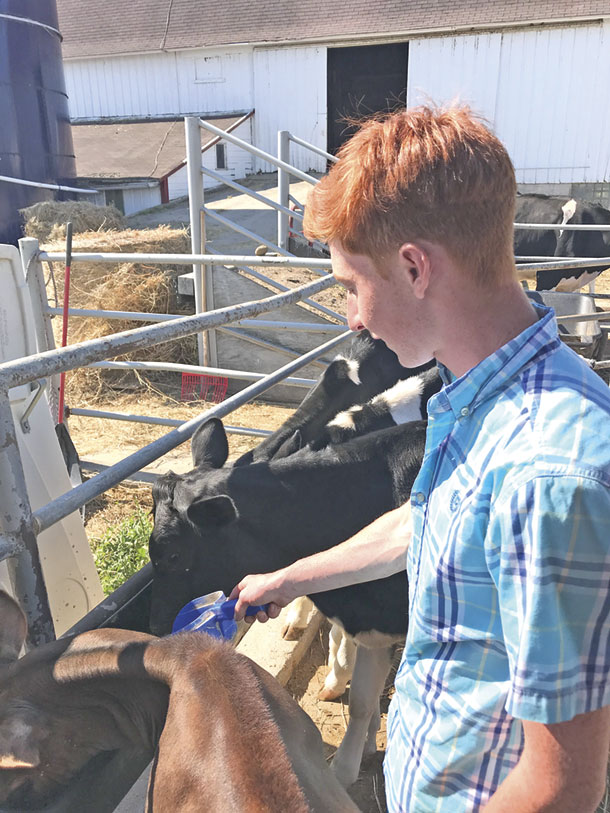 Dakota Brown did not arrive in the dairy industry the way most people did. As a young teenager, he went to work for a neighbor who sold out soon after Brown started working there. Brown found a new barn to work in at Ocean View Genetics in Deerfield, Wisconsin.

Within the short span of two summers, Brown has exhibited the champion-bred-and-owned Jersey heifer at the Wisconsin State Fair Junior Show, won the intermediate division of the fitting contest at the World Dairy Expo and numerous other awards. He was looking forward to another stellar year in the show ring with several animals that he has not only had a day-to-day hand in raising at Ocean View, but also a small group of heifers he has bred.

Brown enjoys showing with friends and the laid-back atmosphere of the county fair, an event that didn’t happen this past summer. His competitive side comes out and he lights up as he talks about exhibiting at bigger shows like the Wisconsin Junior State Fair, one of the largest junior shows in the world, and the World Dairy Expo. Every day, even every hour, of work on the farm at Ocean View is spent working toward the next show.

The summer of 2020 was no different. Brown continues to study breed magazines and sire websites to select the sires of future show winners. Calves are fed for optimum growth, heifers are being clipped and washed bi-weekly, and everyday care of the cattle on the farm are keys to success in the show ring. Farm owners Pam and Daryl Nunes support Brown’s love of the show ring; it’s where they both grew up as well. But they’ve also made sure Brown and other youth who show their cattle know that it is the work put in year-round that dictates the rewards which are achieved.

As Brown heard of more and more shows being canceled, including his two favorites, Wisconsin State Fair and World Dairy Expo, he did feel let down for a few days, but then got right back to work milking, feeding and cleaning the 40-stall tiestall barn. 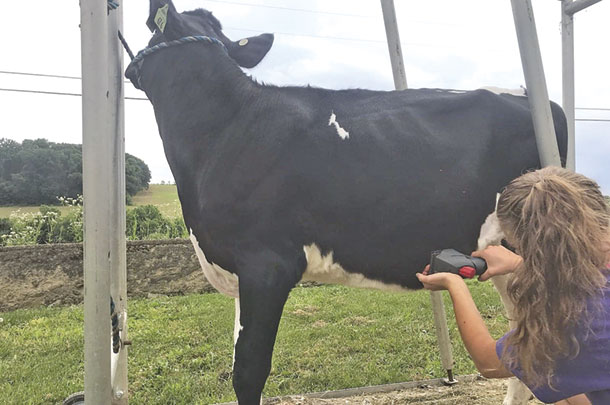 Halfway across the country in the hills of eastern Pennsylvania, Sara Haag has been preparing heifers and cows for the show season since, well, the last show of 2019. Haag, like Brown, carefully selects the correct mating for her show cows to produce calves that are nearly always born in the months of March, June, September and December. This allows them to be competitive at not only the county fair, but at the state and national shows held each fall.

The fall show is always the culmination of a year of careful planning and dedication to cattle care. Haag stresses that the willingness to learn throughout the year is key to success. She knows many youth her own age or older who know just enough to win a class or showmanship at the local shows. But her sights are set higher and, in order to succeed at higher levels, including the All-American Show in Harrisburg, she takes every opportunity to learn new techniques for feeding, fitting and showing.

Haag usually shows at about 10 shows each year at local, state and national levels. She was really disappointed when shows were being canceled right and left. But she decided to take the extra free time to hone her skills. She asked her mom to post an ad on Facebook letting people in the area know that she’d like to travel locally to clip cattle for classification. She had several calls and has been busy around her area.

What would be a word of advice she has for other young people who are disappointed about the end of fairs for 2020? She states, “There are two steps to success – learning and doing. Once you’re comfortable clipping your own, learn how to clip other cattle in all kinds of conditions. By the time I get back to showing in 2021, we won’t even have to hire a fitter at all.”

Even though the shows are canceled, the work keeps going for those who love the show ring. 2021 will bring a new show season and with it, youth like Brown and Haag will be exhibiting the hard work of 2020.

PHOTO 1: Even though Dakota Brown won’t be showing at the Wisconsin State Fair or World Dairy Expo this year, he continues to work with his cattle and keeps his eyes on the 2021 show season.