Reviewing the USDA estimates for March 2019 compared to March 2018: 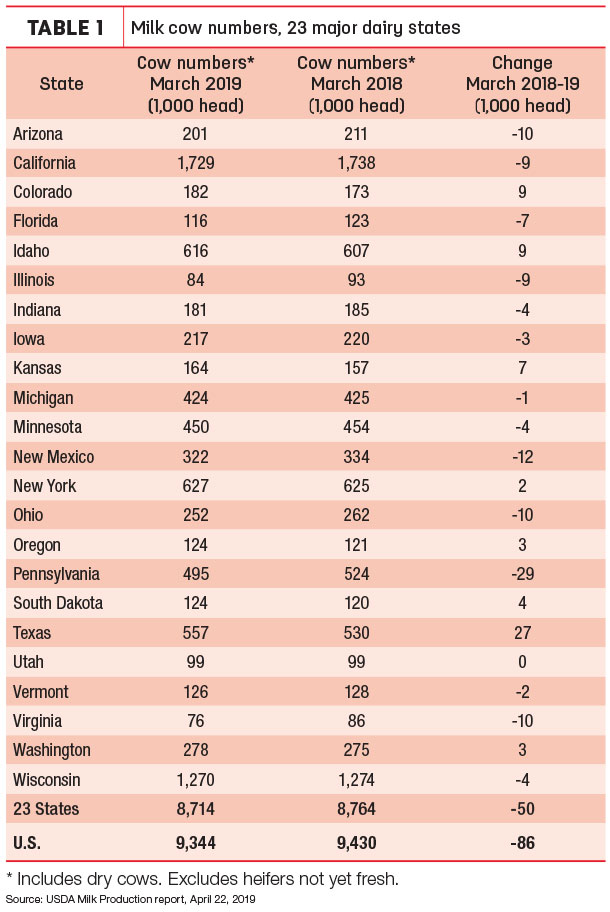 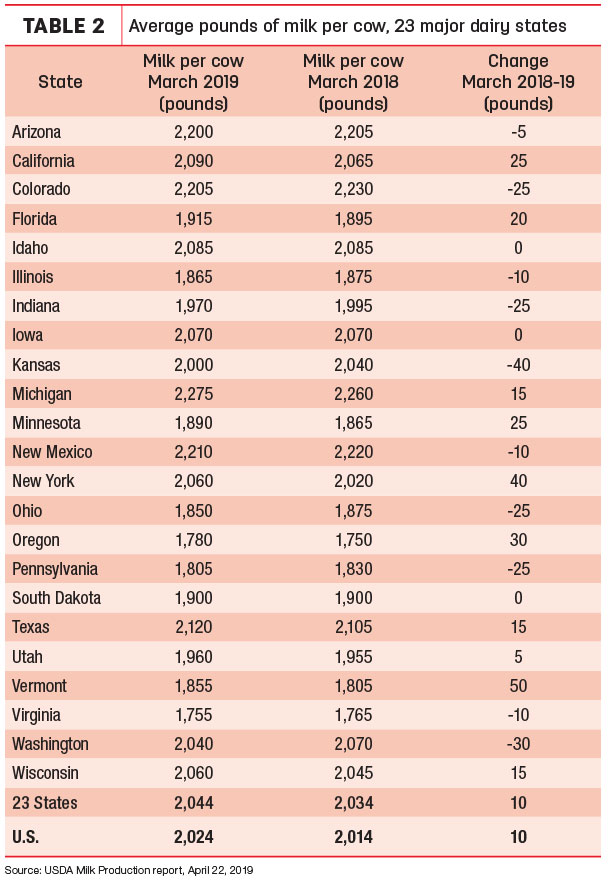 U.S. dairy farmers continue to move dairy cull cows to slaughter at a high rate. Federally inspected milk cow slaughter was estimated at 886,000 through March 30, 2019, about 48,200 head more than a similar date a year earlier, according to the USDA.

May Class I base price improves

Cropp and Stephenson see recovery ahead

The drop in cow numbers and small gain in milk production per cow spells good news for the rest of the year, according to Mark Stephenson, director of dairy policy analysis, and Bob Cropp, dairy economics professor emeritus.

“Production has really slowed, which ought to help straighten things out and get milk prices moving in the right direction,” Cropp said.

With a continued slide in cow numbers, 2019 U.S. milk production could come in less than 1 percent higher than 2018. Adding to the bullish outlook, the USDA’s March Cold Storage report showed butter and cheese stocks were building seasonally, but slowing, and cheese exports have strengthened.

Cropp remains more optimistic than the current futures would project. April Class III prices will approach $16 per cwt and could reach into the $17s per cwt in the fourth quarter of 2019.