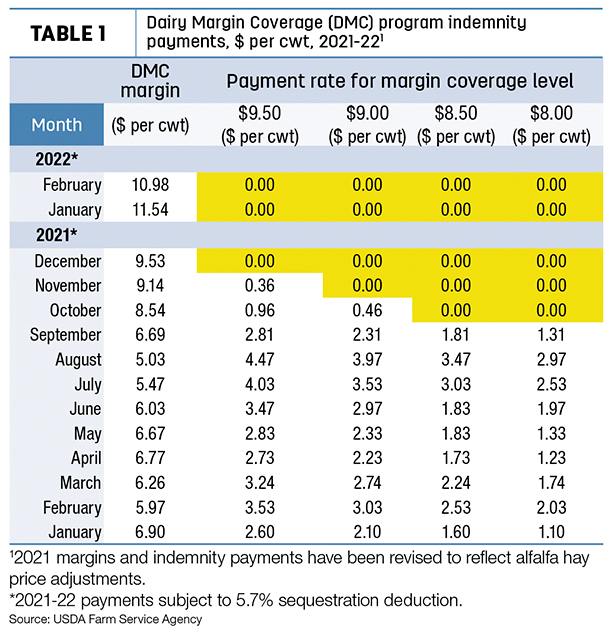 February milk prices were higher than the month before in 23 of 24 major dairy states (Table 2). The lone exception was Texas, where the monthly average price was down 40 cents from January at $25.20 per cwt. 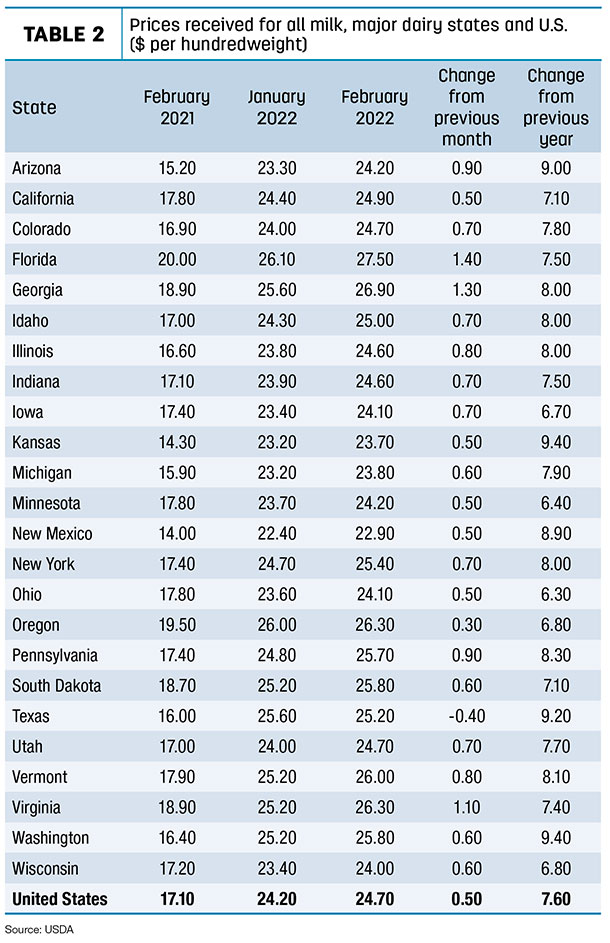 Producers in 10 states saw average prices at $25 per cwt or higher, with a top of $27.50 per cwt in Florida. As in January, New Mexico again remained the only state where the February average price was less than $23 per cwt.

Compared to a year earlier, February 2022’s U.S. average milk price was up $7.60 per cwt. Year-over-year prices were up $9 per cwt or more in Arizona, Kansas, Texas and Washington, and $8-$9 higher in Georgia, Idaho, Illinois, New Mexico, New York, Pennsylvania and Vermont.

Offsetting the gain in the average milk price were higher average costs for alfalfa hay, corn and soybean meal (Table 3). 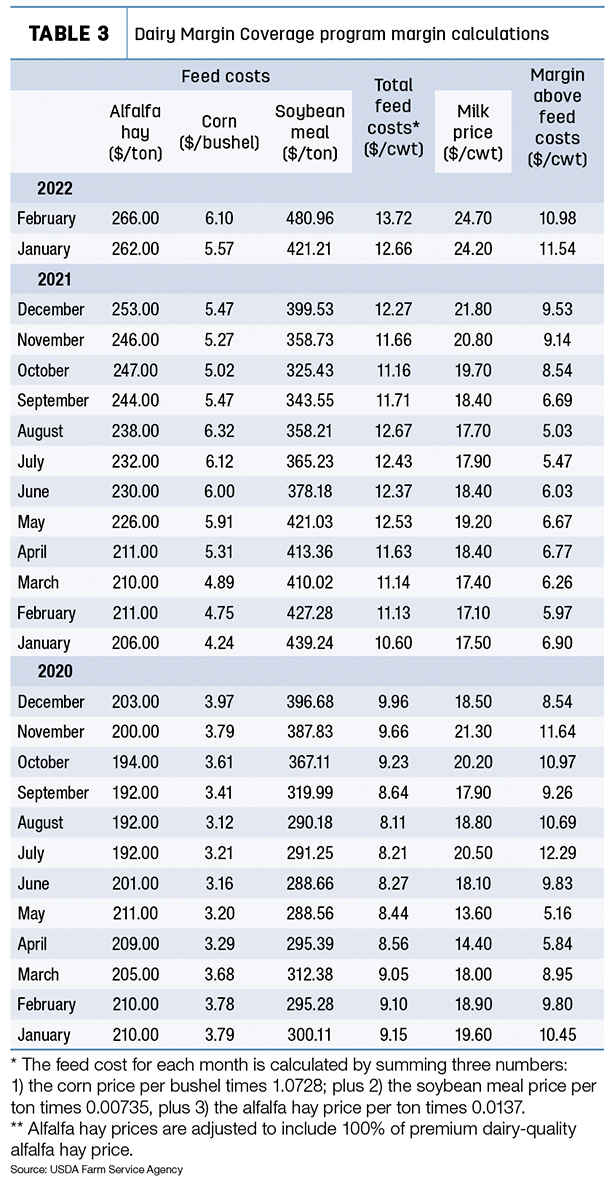 February feedstuff prices yielded an average DMC total feed cost of $13.72 per cwt of milk sold, up $1.09 from January and the highest since the inception of the DMC program or its predecessor, the Margin Protection Program for Dairy (MPP-Dairy) dating back to March 2014.

Comparing milk prices and feed costs to 2014 – the last time milk prices were this high – provides a substantial contrast in milk income margins.