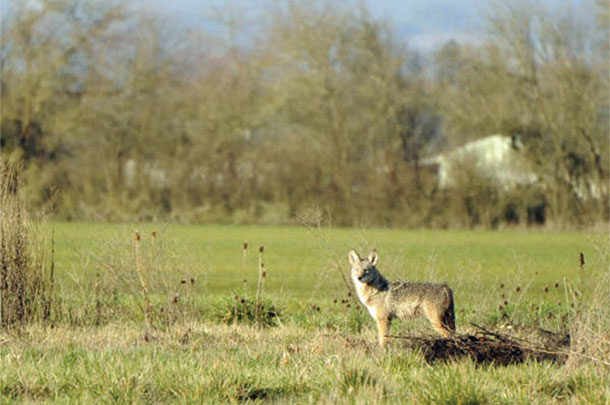 “Coyotes are the number one predator of calves in the U.S.,” says Mike Bodenchuk, state director for the Wildlife Services program in Texas. “It’s not an enormous problem for the industry, but it is a financial problem. About half of all cattle predation losses are from coyotes.”

Bruce Derksen is a freelance writer based in Lacombe, Alberta.

He explains it’s important to keep the numbers in perspective. “According to the 2015 USDA study on death due to predator and non-predator causes, coyotes were responsible for 53.1 percent of the loss in calves. But this is percentage of predation, not percentage of total calf losses. Nationwide, only half of 1 percent of all calves are killed by predators. It’s a low percentage but not spread evenly. Some operations lose quite a few, while others are more fortunate and don’t lose any.”

Bodenchuk adds losses depend heavily on the suite of predators in any given area. For example, in South Dakota, 85% of the damages are from coyotes, as they don’t have wolves and very few mountain lions. A coinciding study in Arizona found that of 34 calf deaths assigned to predators on one ranch, only one was credited to coyotes, while mountain lions killed 27 and bears and wolves took the other six.

Losses aren’t just limited to calves. According to the 2019 USDA National Ag Statistics Revenue Service, Montana producers lost 17,000 animals, or 37% of all sheep and lambs lost, to predators.

Jared Beaver, extension wildlife specialist at Montana State University, explains that of these numbers, coyotes remained the largest threat to sheep and lambs, accounting for 62.4% (10,600) of the predator-caused losses and 23% of all deaths in the state. The value of damages attributed to them was $1.75 million.

“They are an opportunistic predator,” said Beaver. “By nature, they seek out prey or food, typically consuming items in relation to changes in availability.” 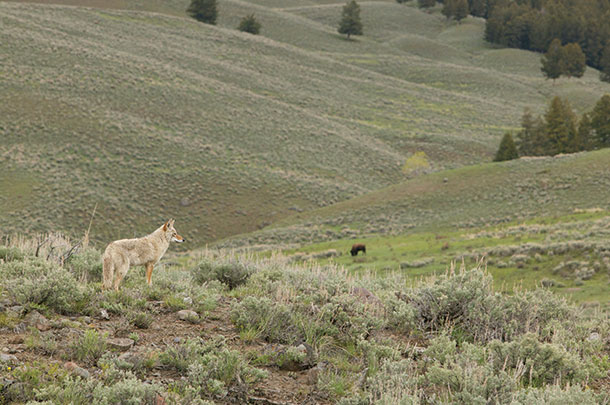 As members of the canidae family, including the domestic dog, wolves, foxes, jackals and others, they are active and intelligent creatures. Close relatives of the modern-day coyotes have been surviving in North America for 800,000 years.

“Most animals are more intelligent than we typically give them credit for. Basic Darwin logic says you don’t last long by being dumb,” Beaver said. “They are adaptable because they’re mobile, breed more quickly than most other carnivores and are opportunistic feeders. They eat a variety of food – typically consuming items in relation to changes in availability over a variety of environments.”

Predators usually take the easy route, says Becky McPeake, professor of wildlife extension at the University of Arkansas. Coyotes are conservative-minded, don’t expend unnecessary energy and are intelligent enough to recognize risk. “If they feel safe, that’s when they’ll prey on other animals. If humans are around, they’ll be more skittish and avoid livestock. But if they see something easy, or if they’re hungry, they’ll take the risk.”

Cases have been documented of coyotes hunting livestock in groups. Often, one will distract a cow while the others attack a newborn calf. Or pairs will harass a cow, causing her to spin in circles. Calves can be unintentionally injured by the mother and subsequently killed when she moves away to drink or graze.

McPeake urges producers to use practical management to discourage confrontations. “Get rid of and bury dead piles. Keep livestock closer to human habitation if possible, near a barn or in an enclosed area. Especially at calving time, try to keep the cows closer. Keep lights on. Make them think humans are around and active.”

Regulations about coyotes differ from state to state. Where coyotes are considered a nuisance, states may have more liberal hunting and trapping seasons or issue predator permits. It’s prudent to contact your local wildlife officer about coyote problems and learn about available options.

“It’s a bit of a balancing act. Rather than randomly killing them, removing only those seen to cause issues has been proven to reduce problems. What some wildlife biologists and farmers have found is: Once you remove a coyote, another will replace it. It’s often better to keep the one around that hasn’t preyed on your calves rather than gamble on the actions of an unknown replacement.”

Beaver agrees and believes lethal control should only be used as a last resort. Only demonstrably habituated, dangerous or chronically depredating individuals should be targeted and killed. “If lethal control is broad and widespread using trapping and hunting, a large portion of the individuals removed are not responsible for the depredations.

They are an important part of the ecosystem, says Bodenchuk. Being unregulated, they have expanded their range and hold other undesirable species such as rabbits, mice, rats and rodents under control.

“Our program takes 4 percent of the coyotes in depredation management to control calf and livestock losses. In a stable population, 60 percent turns over every year with newborns coming in, old animals emigrating and some dying. The 4 percent we remove to protect livestock is part of the 60 percent. More die being hit by cars than what predator management requires.”

It’s essential to create an ecological balance where coyotes and livestock live in harmony. “We want them on the landscape doing what they’re supposed to do. With some practical farm management and depredation control, producers can cut down on livestock losses while coyotes continue to do their thing.”

PHOTO 2: A coyote is on the prowl in Yellowstone National Park, Wyoming. Photo by George Gentry, U.S. Fish and Wildlife Services.

Bruce Derksen is a freelance writer based in Lacombe, Alberta.