Audrey Schmitz
With nearly 75 years of service, Alice in Dairyland is one of the most iconic and recognizable figures in Wisconsin agriculture. In 1948, Wisconsin was gearing up to celebrate its centennial year in a big way.
Audrey Schmitz

In a state where agriculture is and was a top priority, the Wisconsin Department of Agriculture, Trade and Consumer Protection undertook a search for a spokesperson. It was then that Alice in Dairyland was born.

“For a program that started as a beauty queen with a photo competition in a newspaper to the full-time public relations professional Alice is today, it is really inspiring to see how she and agriculture have been innovative in those past 75 years,” says Jill Makovec, the 60th “Alice” and chair of the committee that hosts this year’s selection process. 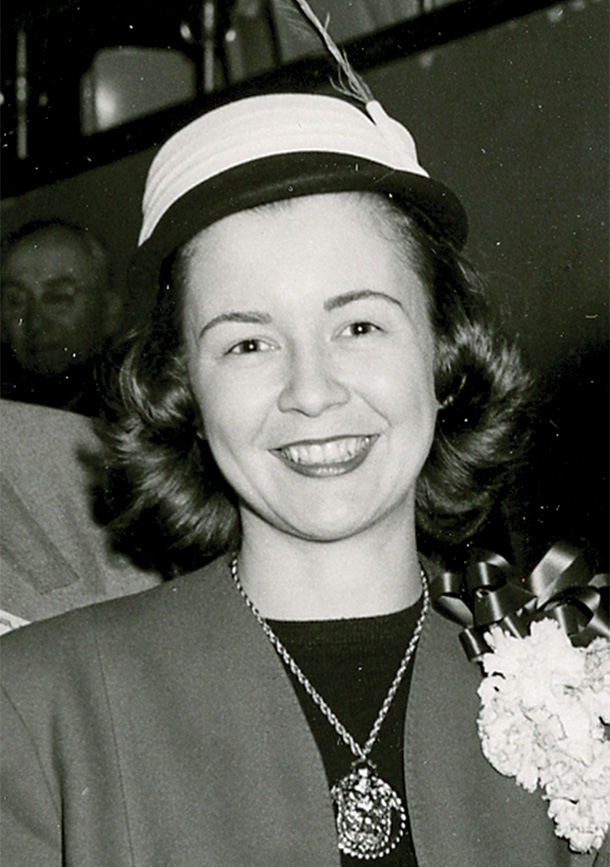 Over time, Alice became more and more of a public speaker and an overall business professional. Whether it was helping to market Wisconsin products at national and international trade shows or traveling on trade missions overseas, Alice took a bigger role in the overall promotion of Wisconsin agriculture. Today, Alice spends the majority of her time in the state of Wisconsin helping to educate key groups about agriculture.

“Wisconsin is so unique in the fact that there is no other program like Alice in Dairyland in the nation. No other state for 75 years has invested in an ambassador for their number one industry and helped bridge the gap between farmers and consumers,” Makovec says. “Over 75 years, that gap has only grown bigger. So it has made Alice’s job more important and made her more relevant in a time where people have more questions about the options they have for food, fuel and fiber.”

“In the beginning, it was more of a beauty pageant, but today it is very much an intense job,” says current Alice in Dairyland Julia Nunes. “Alice is a public relations professional and an ambassador for Wisconsin agriculture. Throughout her year, she will travel the state touring farms, visiting classrooms and doing media interviews to promote everything Wisconsin agriculture. I am employed by the state of Wisconsin, so the position holds a lot of weight.”

Director of the Alice in Dairyland program Debbie Gegare is amazed at the caliber of Alices and candidates she has met over the past seven years.

“Julia has really done a lot to propel this program forward in the past couple of years,” Gegare says. “We’ve had to pivot from how things were normally done going out to schools, going to TV stations and visiting places. We’ve had to figure out how to still reach our audiences, stakeholders and consumers in a virtual way. It’s been challenging for us to figure out new ways, but Julia has really pushed us forward into things we will continue to do because now they just make sense.” 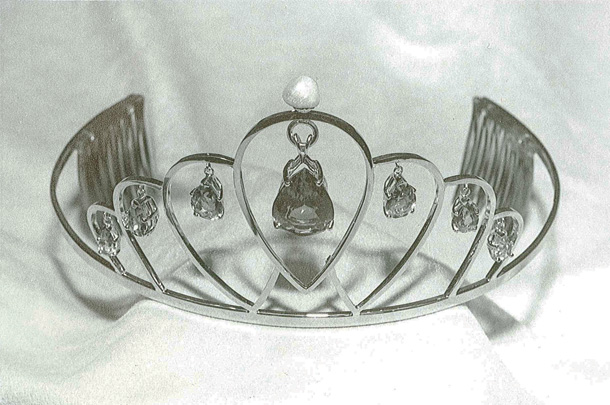 This year, for the 75th anniversary finals event, Makovec and her committee is focusing on the history of Alice in Dairyland.

“A lot of our social media promotions have been associated with this,” Makovec says. “We’re really digging through the archives to show people historical images.”

In addition to social media, the committee plans to have many of the historical pictures and information on display at the Alice in Dairyland finale that will be held May 21 at the Monona Terrace in Madison, Wisconsin.

“People can come see pictures of former Alices and read up on things they might not have known because the program has changed a lot since the beginning. Alice has traveled the whole country and even outside of the country representing Wisconsin agriculture,” Nunes says. “It’s amazing even to me to read some of that and see how the program’s changed. I think it’s a great opportunity to showcase where Alice has been and hopefully propel her into the future.”

While the former Alices are often busy and don’t always make it back to the finals each year, both Makovec and Nunes are hopeful more former Alices will be present this year to network and share stories.

“I’m really looking forward to the finals because I was selected in 2020 and at my finals there was only about 10 people in the room due to COVID-19,” Nunes says. “So it will be a lot of fun for me to meet many of the former Alices I haven’t been able to meet. It’s kind of a monumental year for the program to reach 75, and we hope it goes into the future for another 75 years.”

The process of choosing Alice has changed substantially over the last 75 years. The selection criteria that first year was simply “beauty and health, general personality and ability to present herself and her message before large groups.” Today, it consists of a job application, submitting a resume and cover letter, interviews, speeches, social media campaigns and a three-day finals event.

Since the beginning of March, the six finalists have been preparing media interviews and speeches, writing articles and social media campaigns, and trying to learn as much as they can about Wisconsin agriculture – all of which Alice in Dairyland does in her daily life.

“It’s a very intensive process, but it really is the best preparation someone can have going into this role as Alice because you do so many different things,” Nunes says. “It is meant to mimic the Alice in Dairyland position.” 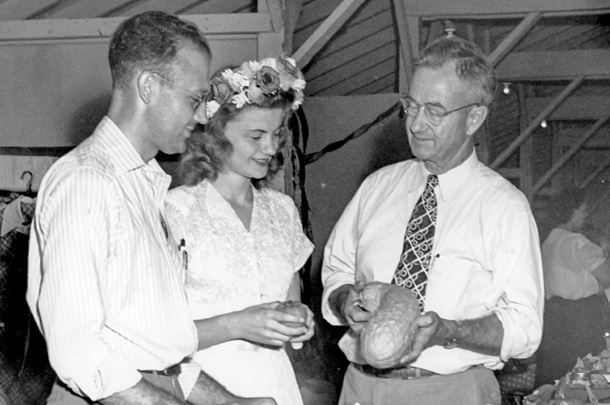 Makovec and her team have worked really hard to put together a finals that embraces the different pillars of Wisconsin and Dane County agriculture, including the new meat lab on the UW – Madison campus, seed corn producer, potato processing facility, greenhouse, robotic dairy and the Dane County Farmers’ Market.

“Our committee has really put a lot of thought into what those businesses should be and what different facets of agriculture we should feature,” Makovec says.

Makovec described planning the finals similar to planning a wedding. Two large events she encourages people to attend to learn more about the diversity of agriculture and meet the candidates are on Friday, May 20 at Badger Farms in Deerfield, Wisconsin, where finalists will participate in an impromptu question-and-answer session to see their knowledge of agriculture and how they’re able to quickly put thoughts together and speak off the cuff. The second event is the finale banquet and program on Saturday, May 21 at the Monona Terrace in Madison, Wisconsin.

“It’s amazing that Wisconsin has stayed dedicated to the program and that it has changed to make sure it’s relevant for what consumers look for today,” Makovec says. “There isn’t another one like it, and we want people to recognize its value. Alice is special in and of itself, in the fact that it’s been around so many years. I think it is really a testament to our farmers and the impact agriculture has in our state altogether.”

PHOTO 1: Julia Nunes of Chippewa Falls is the longest-serving Alice in Dairyland. Nunes was selected as the 73rd Alice in Walworth County in May of 2020. During the COVID-19 pandemic, her term was extended to also serve as the 74th Alice in Dairyland. She will pass the torch during the 75th Alice in Dairyland finals May 19-21 to one of six finalists. Left to right: Courtney Moser, Samantha Schuessler, Amelia Hayden, Julia Nunes, Taylor Schaefer, Amber Cafferty and Charitee Seebecker. Photo provided by Julia Nunes.

PHOTO 2: Margaret McGuire of Iowa County served as Wisconsin’s first Alice in Dairyland in 1948. She was selected to host a monthlong centennial exposition at the Wisconsin State Fair Park and tour the U.S. as an ambassador for Wisconsin’s dairy industry.

PHOTO 3: In 1984, the Wisconsin Jewelers Association created the Alice tiara with gems native to Wisconsin: citrines and amethysts. The first design also included a Mississippi freshwater pearl. The tiara is passed to the new Alice each year, replacing the rhinestone crown kept by each Alice in the past.