The USDA released its latest Ag Prices report on April 29, including factors used to calculate March DMC margins and potential indemnity payments. The March DMC margin is $11.55 per hundredweight (cwt), above the top Tier I insurable level of $9.50 per cwt (Table 1). The March 2022 DMC margin is 58 cents more than February‘s margin and a 16-month high. 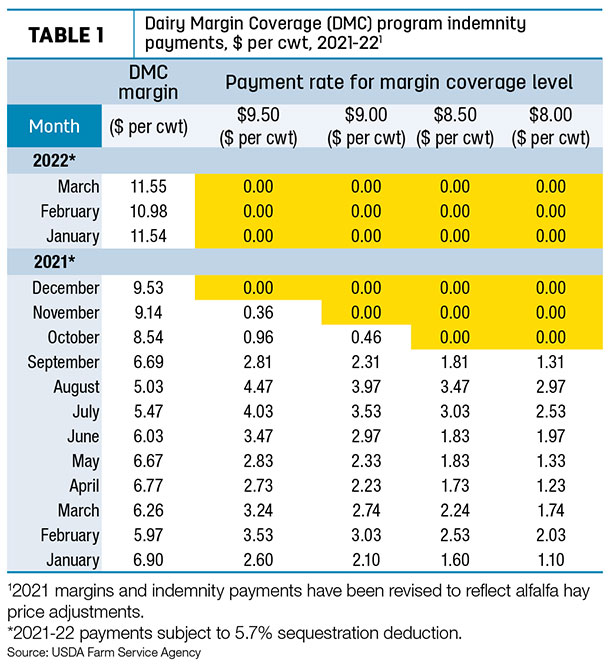 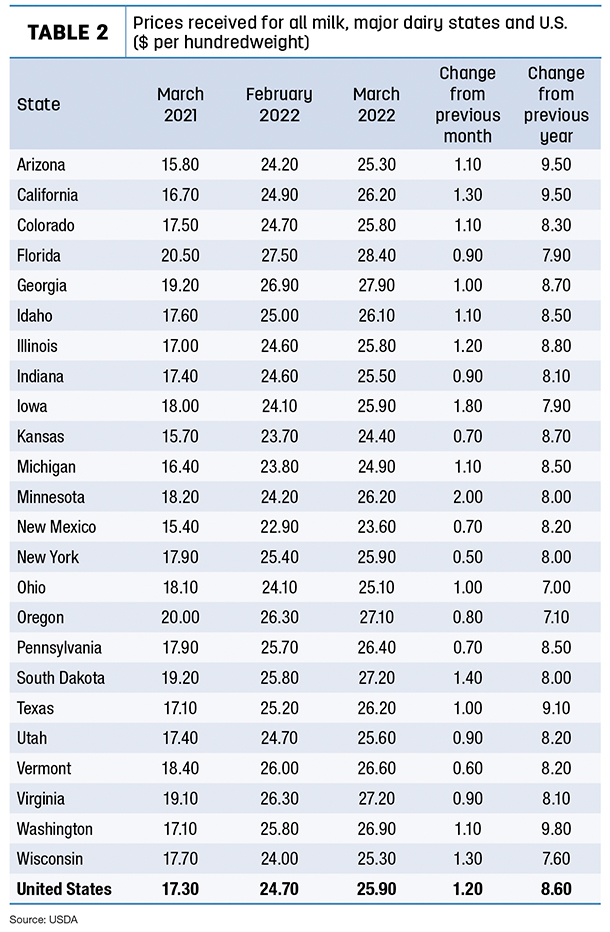 March milk prices were higher than the month before in all 24 major dairy states (Table 2), topping $26 per cwt in 12 of them.

The highest prices were in Florida and Georgia at $28.40 and $27.90 per cwt, respectively. New Mexico was the only state where the March average price was less than $24 per cwt.

Compared to a year earlier, March 2022’s U.S. average milk price was up $8.60 per cwt. Year-over-year prices were up $9 per cwt or more in Arizona, California, Texas and Washington.

Offsetting part of the increase in the average milk price were skyrocketing average costs for alfalfa hay, corn and soybean meal (Table 3).

March feedstuff prices yielded an average DMC total feed cost of $14.35 per cwt of milk sold, up 63 cents from February and the highest during the DMC or MPP-Dairy era dating back to March 2014.