Dave Natzke
The jump to an eight-year high in milk prices outpaced increasing feed costs, meaning there will be no
Dave Natzke

The USDA released its latest Ag Prices report on Feb. 28, including factors used to calculate January DMC margins and payments. The January DMC margin is $11.54 per hundredweight (cwt), above the top Tier I insurable level of $9.50 per cwt (Table 1). 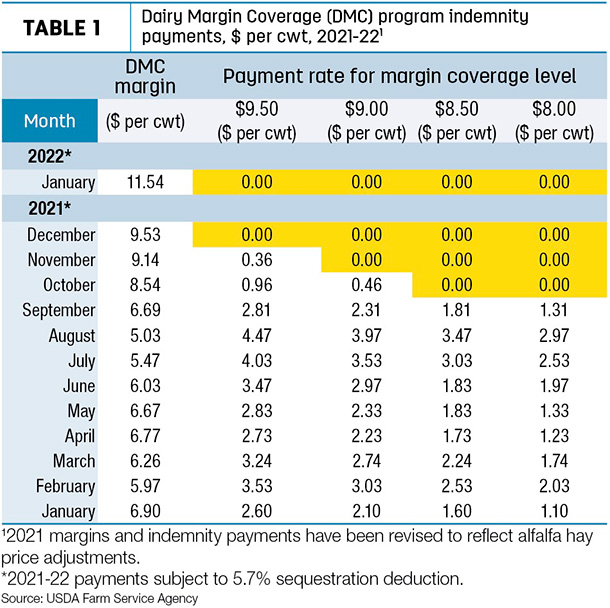 January milk prices were higher than the month before in all 24 major dairy states (Table 2), with the largest increase ($3.80 per cwt) in Texas. Producers in eight states saw average prices above $25 per cwt, with a high of $26.10 per cwt in Florida. Only New Mexico had an average price of less than $23 per cwt. 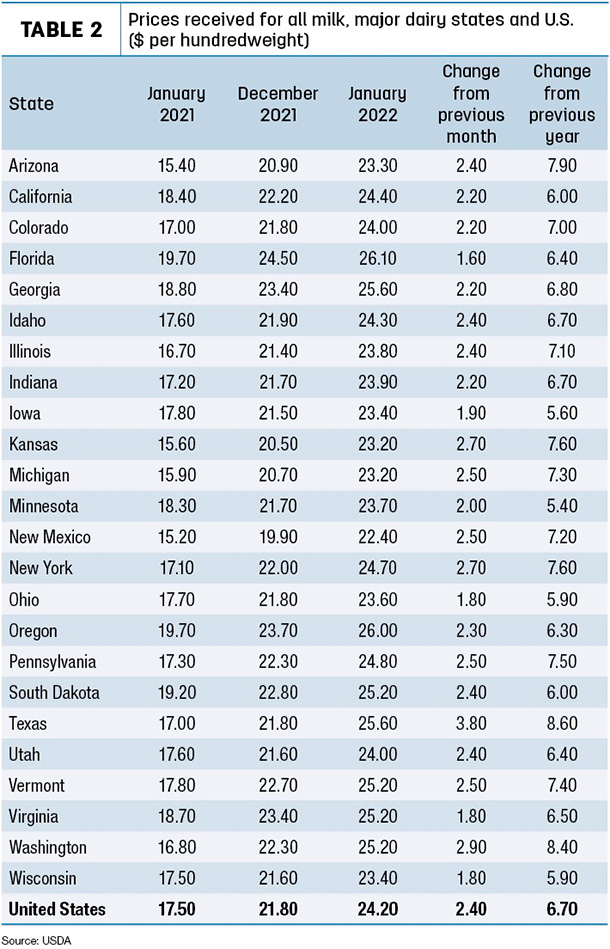 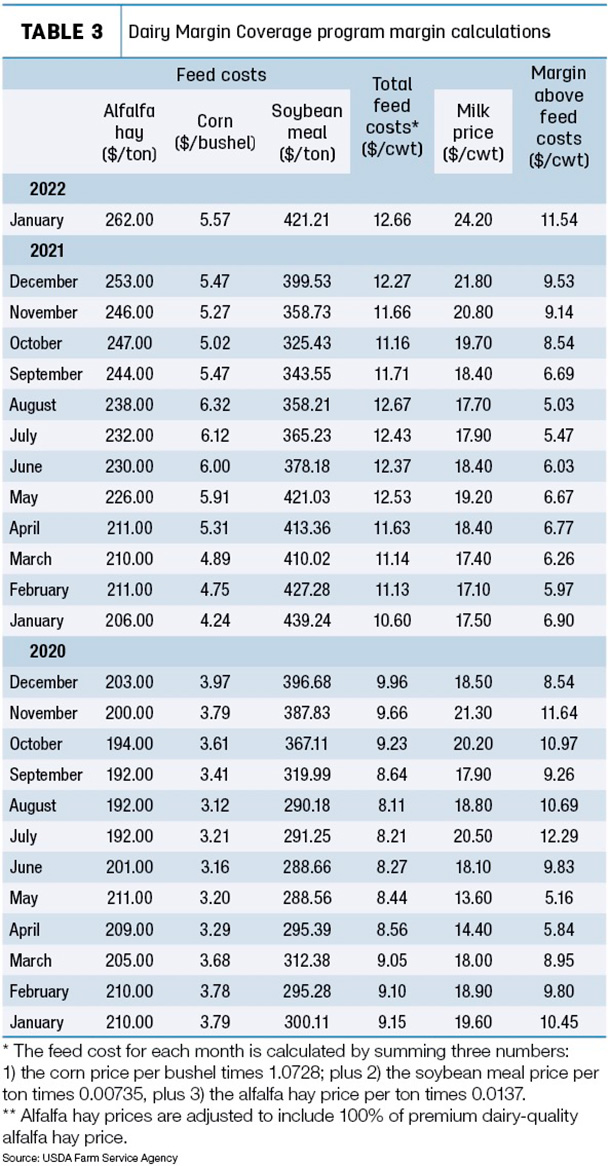 Offsetting some of the gain in the average milk price was higher average costs for alfalfa hay, corn and soybean meal (Table 3).

December feedstuff prices yielded an average DMC total feed cost of $12.66 per cwt of milk sold, up 39 cents from December and the highest since last August.

The enrollment period for both 2022 DMC and Supplemental DMC programs is open until March 25, 2022.