Dave Natzke
Feed prices were up but milk prices rose even more, meaning there will be no Dairy Margin Coverage (DMC) program indemnity payments at any level for December milk marketings.
Dave Natzke

The USDA released its latest Ag Prices report on Jan. 31, including factors used to calculate December 2021 DMC margins and payments. According to preliminary calculations by Progressive Dairy, the December DMC margin is $9.53 per hundredweight (cwt), above the top Tier I insurable level of $9.50 per cwt (Table 1). The official USDA numbers will be posted on the USDA’s DMC website. 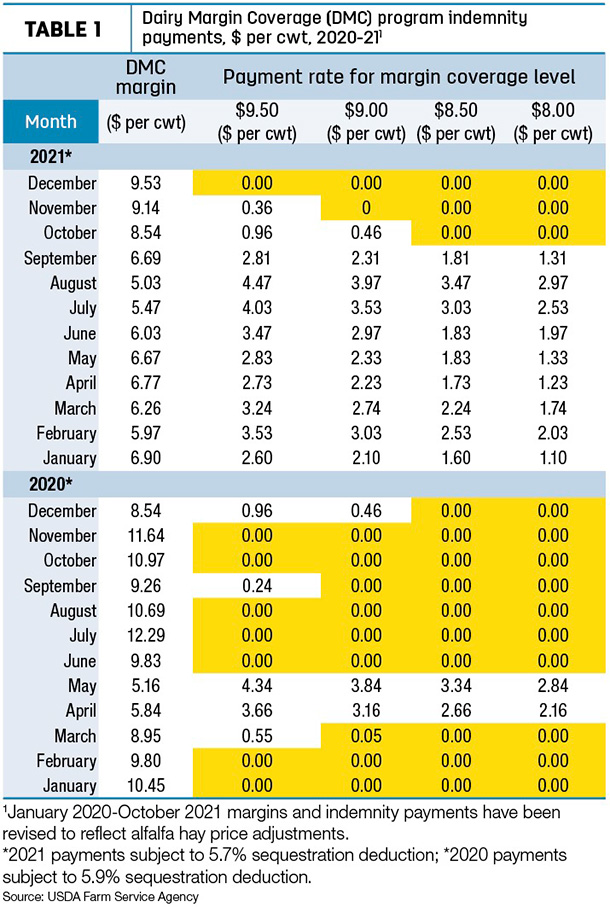 The December 2021 DMC margin is 39 cents higher than November‘s margin and the highest in 13 months. It marks the first month since November 2020 that average margin topped $9.50 per cwt.

December milk prices were higher than the month before in all 24 major dairy states (Table 2), with largest increases ($1.20-$1.60 per cwt) in Indiana, Texas and Wisconsin. Producers in 10 states saw average prices above $22 per cwt, with a high of $24.50 per cwt in Florida. Only New Mexico had an average price of less than $20 per cwt. 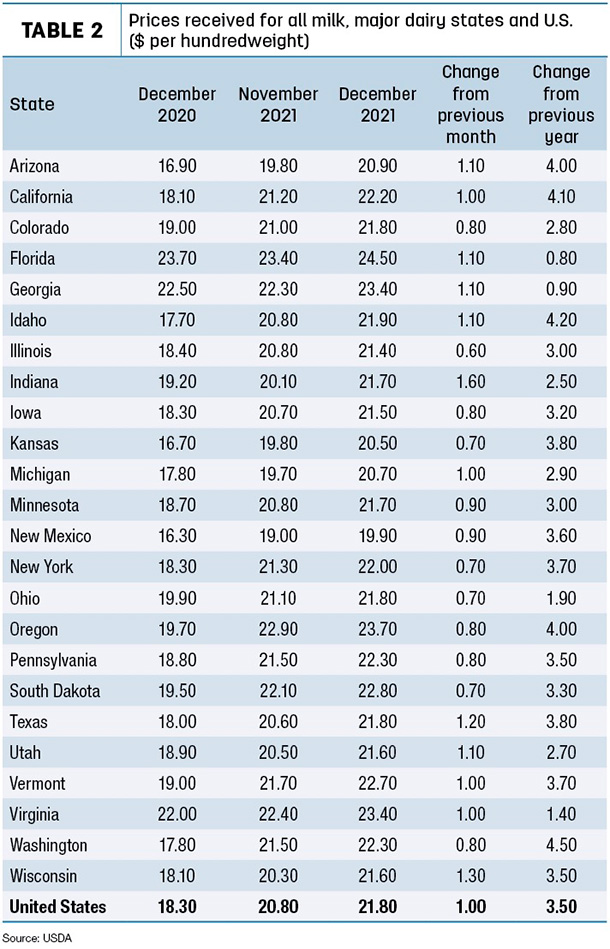 Compared to a year earlier, December 2021’s U.S. average milk price was up $3.50 per cwt. Among individual states, prices were up $4 or more in Arizona, California, Idaho, Oregon and Washington.

Offsetting some of the gain in the average milk price were higher average costs for alfalfa hay, corn and soybean meal (Table 3). 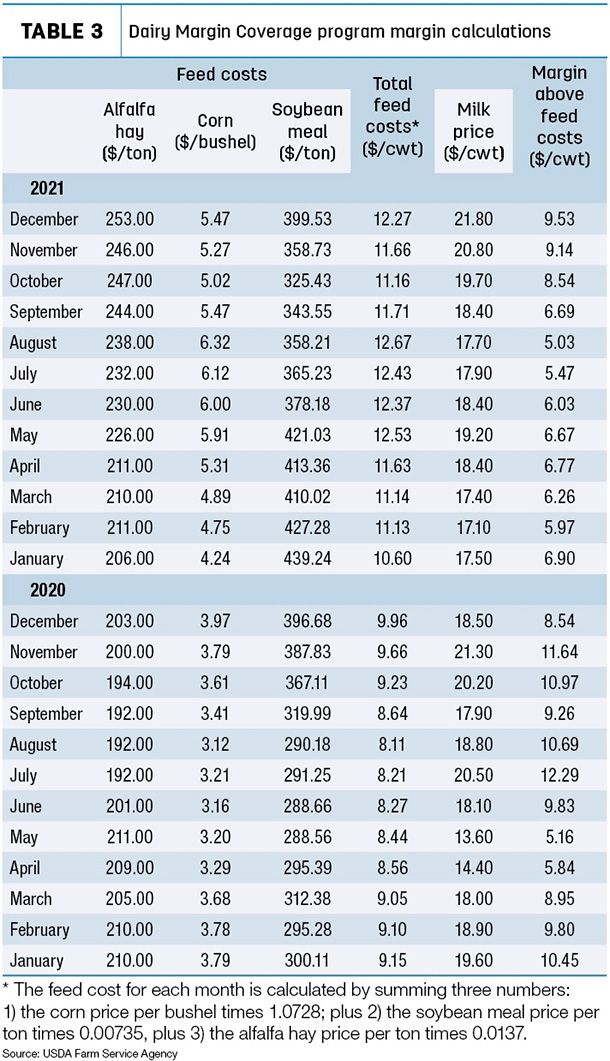 December feedstuff prices yielded an average DMC total feed cost of $12.27 per cwt of milk sold, up 61 cents from November and the highest since August.

With the stronger December margin, 2021 indemnity payments are winding down. Some producers may still be eligible for retroactive payments under the Supplemental DMC program, which allows small and midsized producers to adjust their milk production history.

Through Jan. 31, 2021, DMC payments totaled about $1.185 billion, a slight adjustment lower than previous reports. Those enrolled at the Tier I $9.50 per cwt level received more than $23,000 per 1 million pounds of covered milk for the year, after the 5.7% sequestration deduction.