Getting ‘unstuck’ with teff

Zachary Smith shares the challenges he faced when adding teff to his crop rotation over a decade ago and offers advice to those interested in growing teff.

One of the most talked about forage crops in recent years has been teff grass. Producers have been trying to figure out what it is and what the benefits are of growing teff. Zachary Smith of All Five Ranch near Big Pine, California, has been using teff grass as part of his crop rotation for over a decade. He has watched the teff market transform in the last 15 years and has learned a lot about the crop everyone seems to be talking about.

In 2009, Smith was using sudangrass as a summer annual, but he was not completely satisfied. He had some issues with pregnancy loss in his Angus herd and suspected the increased nitrate in the sudangrass may have played a role in those lost calves. The sudangrass also grew so tall the wheel lines were not able to go through the field without a boost from Smith and his employees.

Eventually, Smith decided when to harvest based on when the wheel lines were stuck. The labor costs involved in pushing the wheel lines through outweighed the benefits that came from the slight increase in quality. Smith went looking for something to replace sudangrass. He heard about teff during a presentation at University of California – Davis and made the switch soon thereafter. 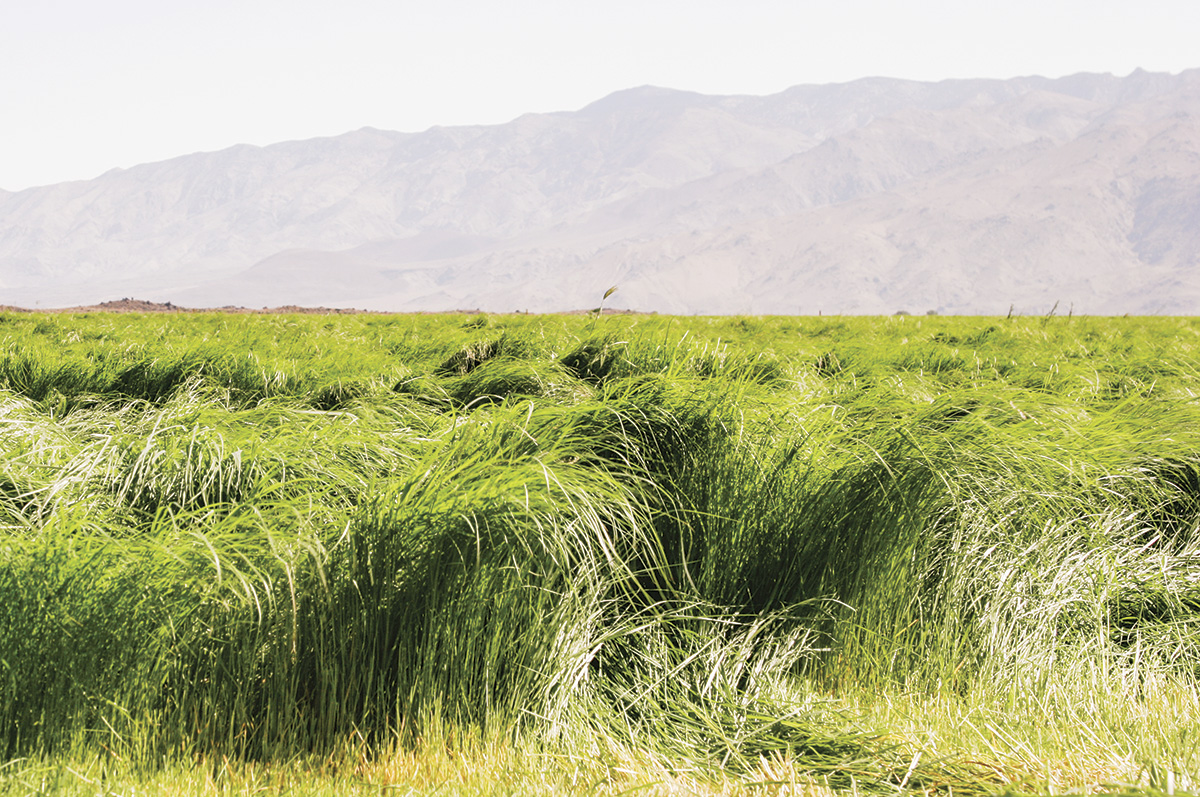 This year, Smith is planning to sell his teff bales at the same price he is marketing his alfalfa. | Photo by Liz Branson.

“The biggest advantage for us,” says Smith, “is teff is a summer annual that we can grow and get a pretty good tonnage from.” Smith did see a minimal decrease in tonnage from the sudangrass, but the low-maintenance growing of teff was enough to balance out those losses. Smith also found other advantages to teff.

“It isn’t a problem as far as nitrate poisoning,” says Smith, “and it uses less fertilizer and water.” Coming up on another drought year with his water allotment being cut back an acre foot, drought-tolerant crops are very important for Smith – just like they are for most Western producers. Smith feels that, once established, teff does better with less water than other summer annuals.

When Smith first started growing teff, his biggest challenge was finding people to buy it. He tried to sell to local feed stores, but the stores had to do extra marketing, so it wasn’t always worth selling at the price they were willing to pay. Smith says there were times where he just fed the teff hay to his own cows because others were willing to pay so much more for alfalfa. It didn’t make sense for him to keep the alfalfa. The good news is: His herd loved the teff hay. He did not see a difference in the production or quality of his cows, but they did find it more palatable. He would put it out in winter as a supplemental feed and his cattle wouldn’t leave much – if anything – behind.

Today, Smith can’t seem to grow enough teff. He attributes this shift in the market to the ongoing studies being released and the education people are receiving. Smith even puts new articles about teff on a bulletin board at his ranch where people come to purchase hay, and he has noticed feed stores and veterinarians in his area doing the same. “Now people ask for it,” says Smith. “The marketing has kind of taken over on its own.” 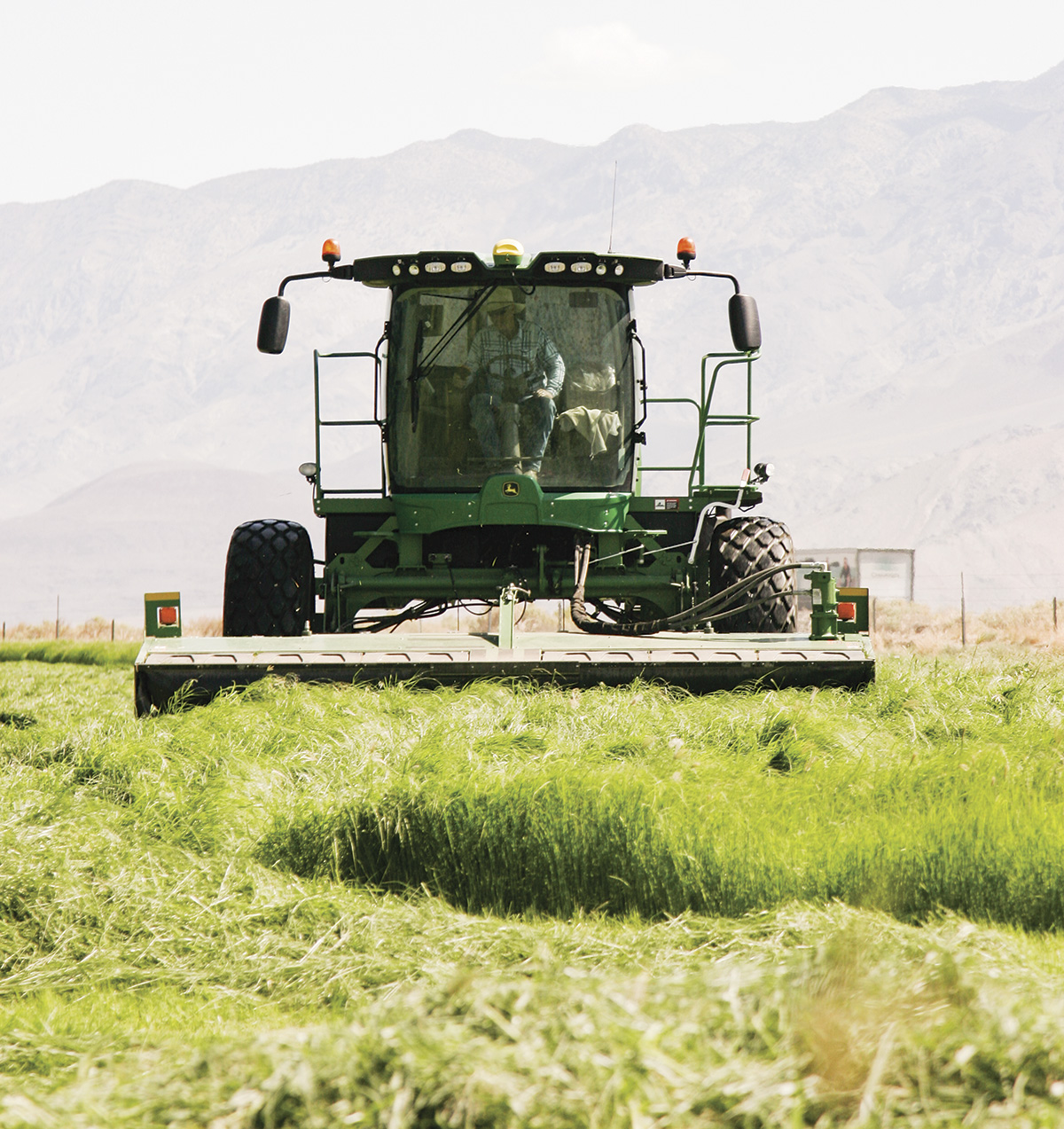 Zachary Smith can’t seem to put up enough teff to meet the market demands in 2022. | Photo by Liz Branson.

This past winter, Smith had teff hay stored he intended to feed his own cows, but when a producer called looking for teff hay, he was more than happy to sell at the price they offered – the same price he had been getting for alfalfa hay. Smith is planning on continuing to sell teff hay at the same price as his alfalfa bales and says he’s already had several people call looking for teff this year.

Smith believes the future for teff is bright. He’s even had neighbors come to him looking for drought-tolerant crops and has suggested they grow teff. He told one neighbor, “You’re going to have to plant every year, but you will have a high-quality forage that will get a good price.”

“Identify your market,” Smith says to those interested in adding teff to their rotation. “I luckily had an out if I couldn’t sell it and my livestock did well on it.” Look ahead and find out who potential buyers may be.

“The other important thing for teff is to fertilize,” says Smith. Fertilizing helps produce the low-carb, high-quality hay most people are looking for in teff hay. Applying fertilizer when the plants first come up and after each cutting has even helped Smith avoid major weed issues. 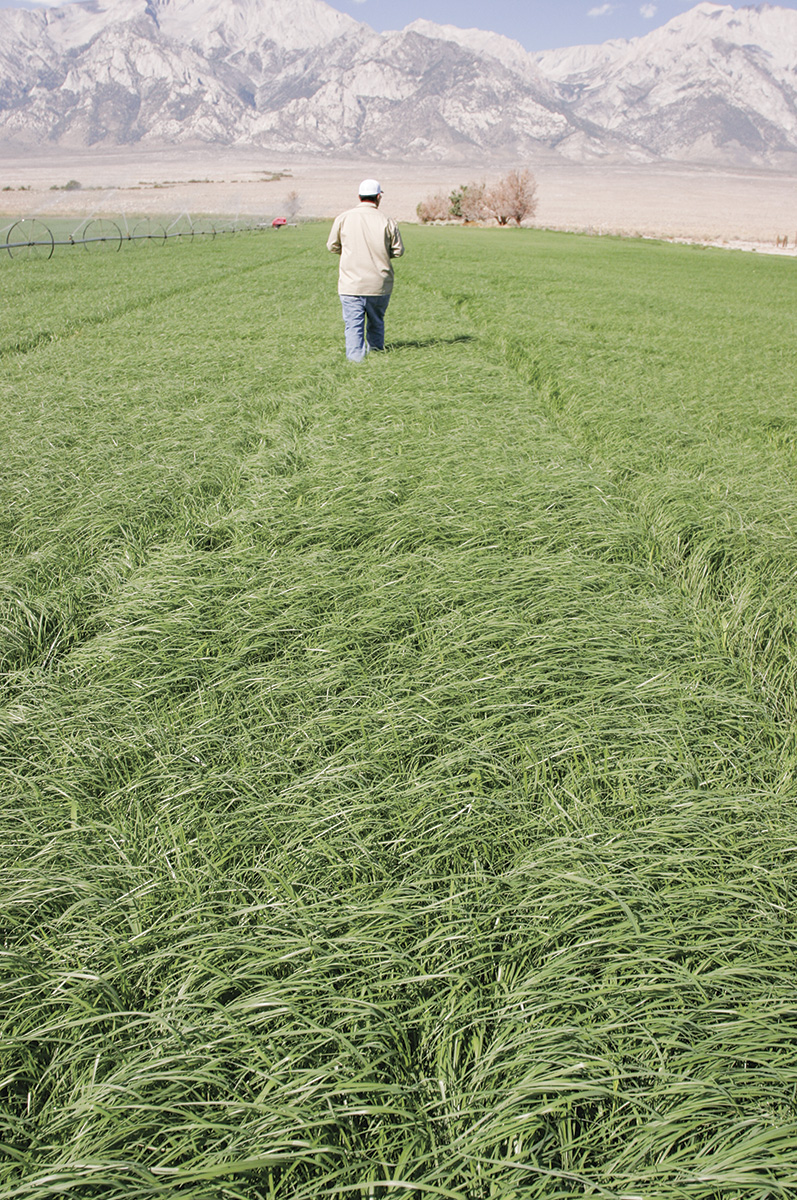 When it comes to planting, Smith has planted aerially and with a seeder and has not seen much of a difference with either method. He has found, however, that adjusting his seed count has increased production and quality. “I add a little more to my seed count than people normally do,” says Smith. He believes adding 5 to 10 pounds more doesn’t increase costs much, but it does yield a better crop.

Smith offers a few final pieces of advice for younger producers. “Don’t cut corners just because it’s a rotational crop, don’t sweat the small stuff, and just enjoy what you’re doing and know that it’s a real gift to be a farmer.”

Alta Seeds is the premium seed brand of Advanta Seeds US, an operating unit of global seed company Advanta Seeds. Our carefully developed, high-performing hybrids are designed to meet your individual challenges.