The U.S. beef export market has shown that it will continue to expand, even if export access is lost to key countries.

Over the last several weeks at the time of this writing, there have been ongoing heightened tensions between the U.S. and China over the Taiwan situation. This has caused some concern among producers about the sensitivity of the U.S. beef industry to Chinese purchases. Only a few years ago, President Donald Trump signed a trade deal with China in which the Chinese committed to purchasing additional U.S. exports in two phases. This has significantly raised the total quantity and value of beef leaving the U.S. to mainland China and strengthened the U.S. wholesale beef price. Even with the emergence of the COVID-19 pandemic, the Chinese have continued to purchase U.S. beef. 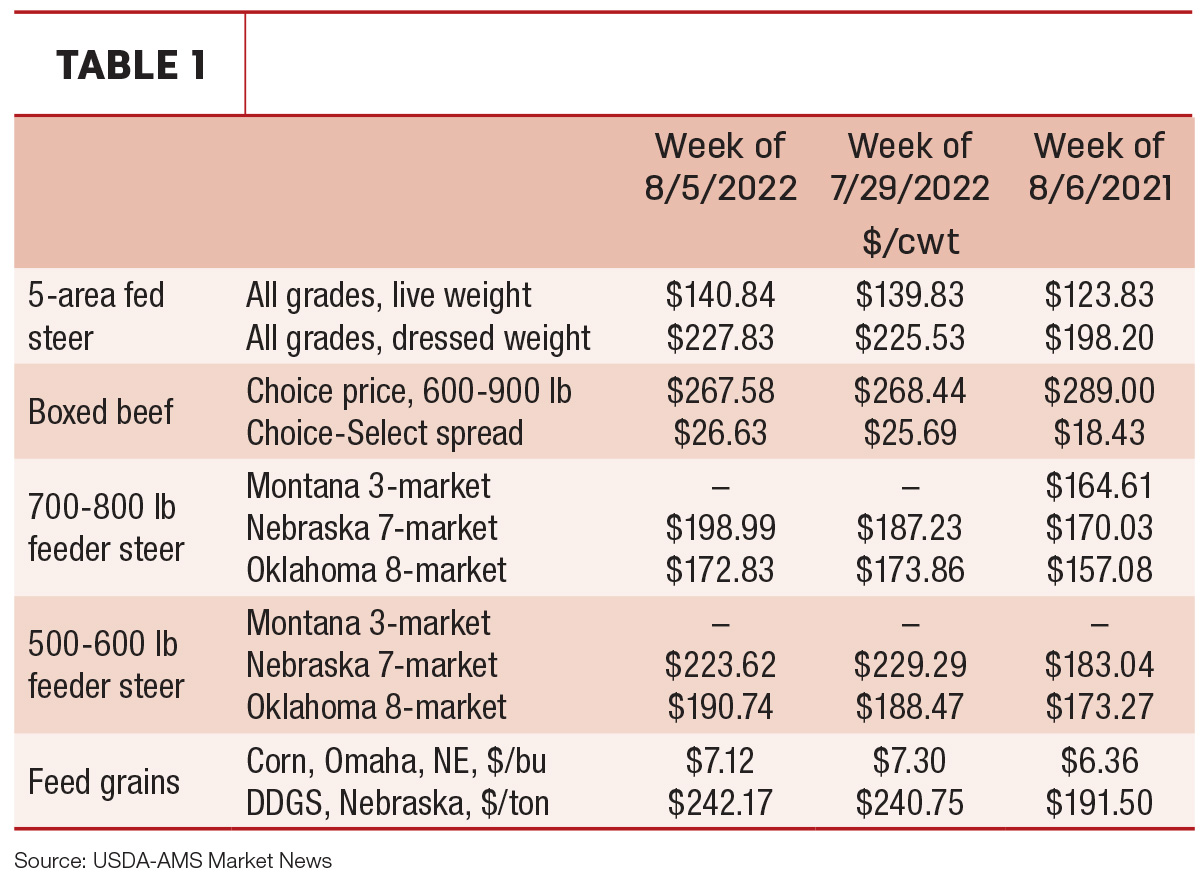 There was a minimal amount of beef that entered directly into mainland China before the two-phase trade deal with no single month topping a million pounds exported. China is now the third-largest importer of U.S. beef based on total quantity, importing an average of 35 million pounds of beef per month in 2021. Japan and South Korea continue to remain the U.S.’s largest trading partners, with an average monthly export quantity of 58 and 51 million pounds, respectively. The total quantity shipped to the U.S. from China in 2022 is higher than in 2021 by about 10 million pounds more per month. This brings their current market share to 17% of total U.S. beef exports. Based on data from 2021, we should see seasonal exports to China increase through August and then expect some decrease through the latter part of the year (see Figure 1). Granted, this seasonality could differ given the industry only really has one complete year of purchase information. 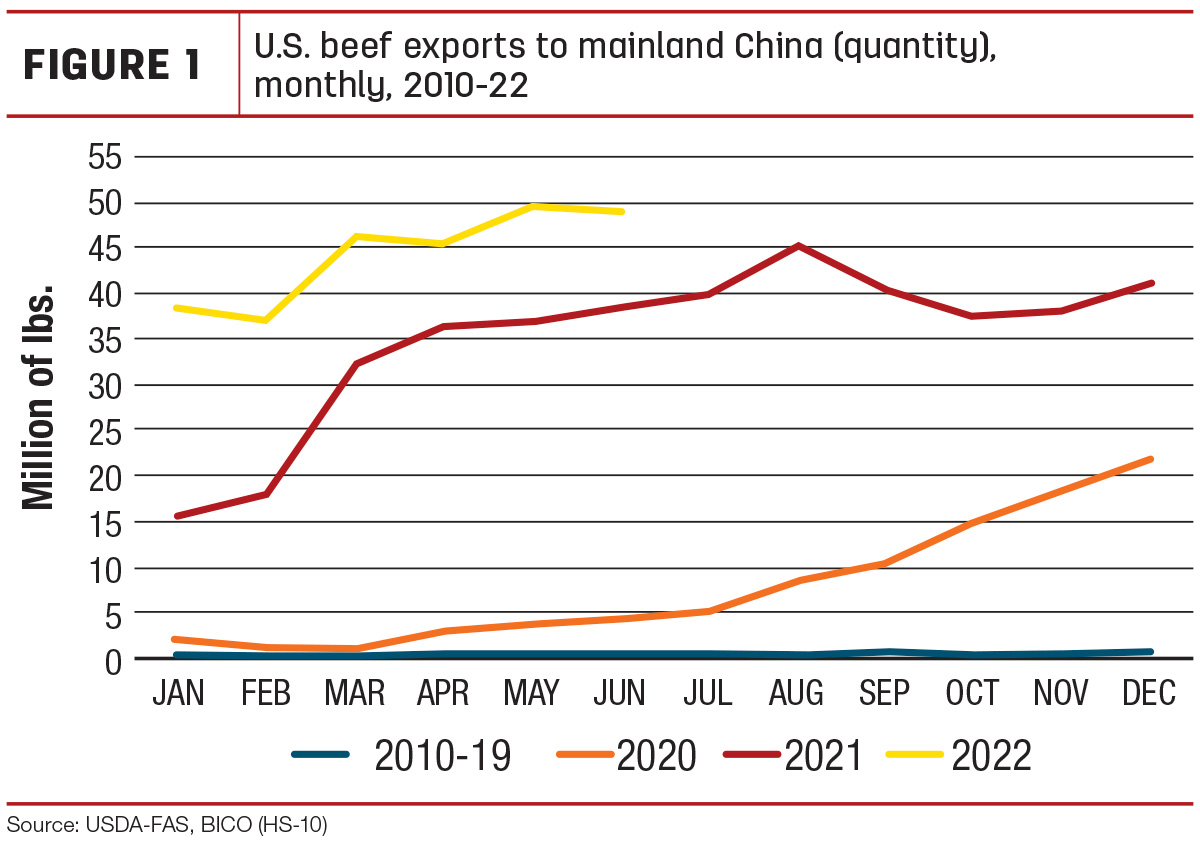 Vulnerability of the U.S. beef complex to Chinese policies 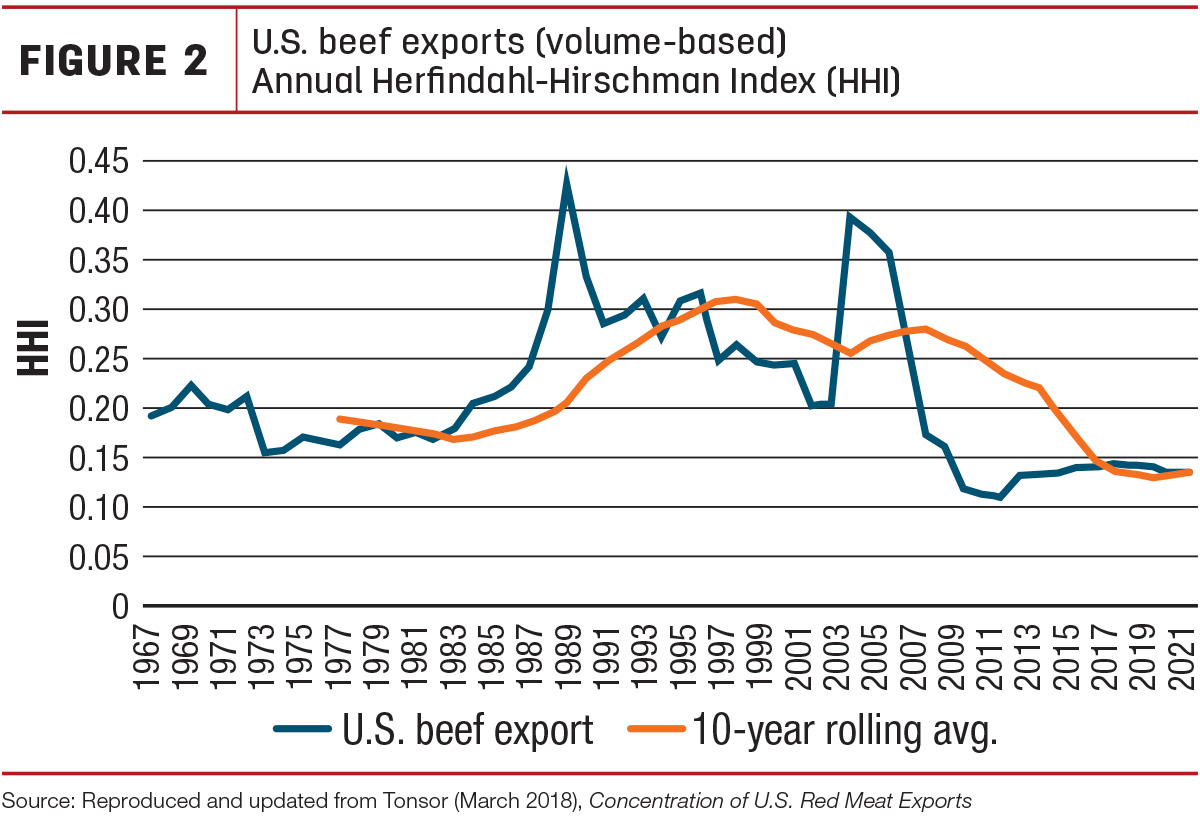 The concerns with China highlight a larger story about how sensitive the U.S. beef export market is to both internal and external shocks. The largest of these shocks was BSE in December 2003. After BSE, many countries significantly reduced the total amount of trade with the U.S. – total trade quantity dropped by approximately 75%. However, this created opportunities for the U.S. to develop other markets. While the average quantity per country reduced from 25 million per year to 6 million per year between 2003 and 2004, the total number of countries with a positive trade quantity increased from 112 to 118. That number continued to grow over the next 10 years while the primary U.S. beef export markets recovered. Similarly, the U.S. increased quantities into existing countries which have retained post-BSE trade levels even after the U.S. has regained access to other large export locations. Places like Ukraine, Moldova, Poland and the Leeward-Windward Islands became major export destinations. The U.S. beef export market has shown that it will continue to expand, even if export access is lost to key countries.

This originally appeared in the Aug. 23, 2022, Livestock Marketing Information Center In The Cattle Markets newsletter.