The bacterium Moraxella bovis is still considered to be the primary cause of pinkeye, but other organisms have become important contributors in this disease.

For 20 years, our diagnostic laboratory has been isolating not only Moraxella bovis but also a coccoid- (spherical) shaped organism as well. Many laboratories through the years were misdiagnosing this organism as Moraxella bovis or branhamella primarily based on its morphology.

The diagnostic problem was finally solved when Dr. John Angelos with the University of California – Davis assigned the name Moraxella bovoculi to this spherical-shaped organism.

In our experience, M. bovis is still the primary causative agent in bovine pinkeye. As the clinical picture changed over time, it appeared M. bovoculi worked as a co-pathogen.

In one study in which we challenged calves with M. bovis, the animals exhibited very severe lesions. When bacterial cultures were taken, we were surprised to recover pure cultures of M. bovoculi from 19 of 20 calves and both M. bovis and M. bovoculi from one calf that exhibited the mildest lesions of the 20.

It appeared when M. bovis was introduced into the eyes of calves co-infected with M. bovoculi, M. bovoculi became the dominant infecting organism.

Diagnostic laboratories in different geographic locations around the U.S. may see different patterns of pathogen isolation than we do in our laboratory, as we receive diagnostic samples from all around the country.

In our laboratory during 2017, we isolated 900 moraxella sp. from 466 submissions. Originating from calves with clinical pinkeye, 374 of these cultures yielded M. bovoculi, and 221 yielded M. bovis. 204 submissions yielded mixed cultures of both organisms (Figure 1). 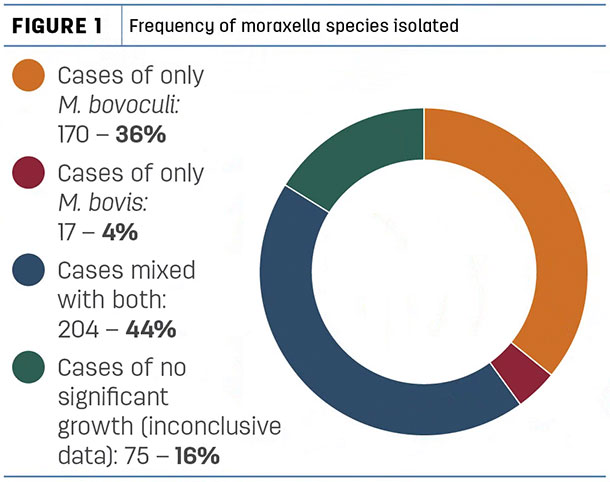 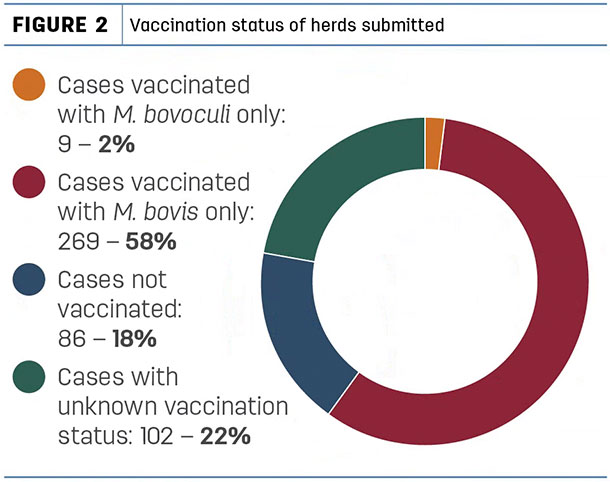 It must be understood, these submissions do not reflect the status of the general cattle population. These are submitted by veterinarians and diagnostic laboratories from cattle exhibiting active pinkeye symptoms.

It should also be understood, vaccination with moraxella sp. does not eliminate the organisms from the host animals. The vaccines are designed to protect against the expression of disease, not the carrier state of the host animals.

Until recently, there were no licensed vaccines for Moraxella bovoculi, so the only means of vaccinating were by working with your veterinarian to have an autogenous (herd-specific) vaccine made by a laboratory licensed for such work. These autogenous vaccines have proven very helpful, as long as other good management practices were in place.

The only downside is: Cultures must be obtained, and a diagnosis and microbial isolation be completed, before the vaccine can be produced. If you plan ahead for this, it is not a problem, but if you wait for an outbreak to begin, the delay in getting the vaccine produced may allow the outbreak to get out of control.

For the past year, there has been a conditionally licensed Moraxella bovoculi vaccine commercially available. Ask your veterinarian for his or her advice on how to approach this issue.

In regard to treatment for pinkeye, you may check with your veterinarian as to the best method; however, prevention is preferable to treatment.

It has been well-known for many years M. bovis attaches to the surface of the eye by using tiny protein projections called pilli. It is not known at this time if M. bovoculi uses a similar attachment method. Recent electron microscopy studies conducted at the University of Missouri Electron Microscopy Laboratory have shown an interesting interaction between M. bovis and M. bovoculi (pictures below). 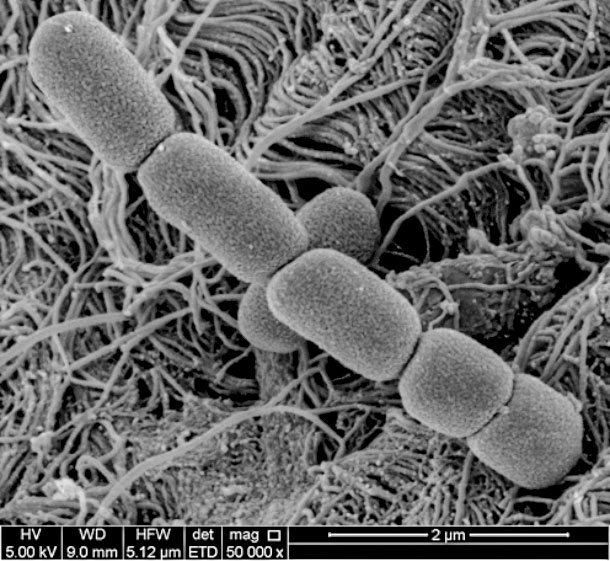 We have seen a significant increase in stubborn pinkeye cases in vaccinated cattle that have a co-infection with Mycoplasma bovoculi. We have not seen any success with autogenous vaccines made from Mycoplasma bovoculi, probably due to the fact mycoplasma sp. constantly change their surface proteins in order to evade immune response. 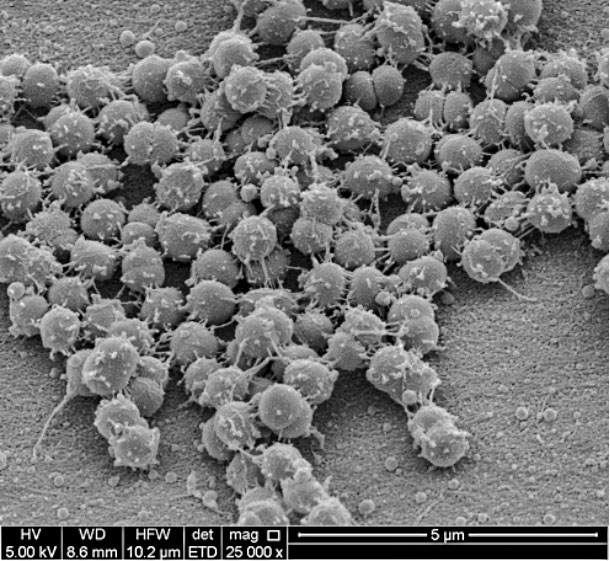 Co-infection with Mycoplasma bovoculi appears to depress the immune function in and around the eye itself, thus interfering with immunity induced by moraxella sp. vaccination. Ask your veterinarian about antibiotics to treat mycoplasma eye infections.

It has been our experience it is difficult to generate severe ocular lesions in calves with M. bovoculi alone, but severe lesions can be induced when M. bovis and M. bovoculi are both involved. 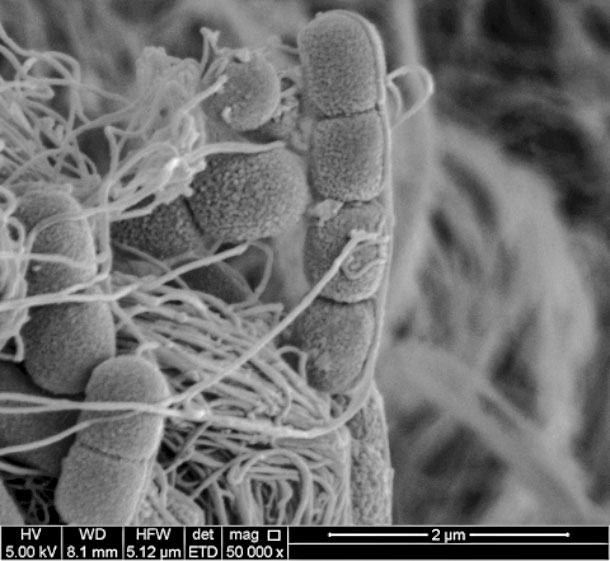 This suggests it could be M. bovoculi does not attach well to the surface of the eye but may be attaching via “tendrils” to M. bovis which, in turn, attaches with pilli to the corneal surface. Much more work needs to be done with these theories before we can document this observation with certainty.

In summary, prevention is always preferable to treatment when it comes to bovine pinkeye. Good management practices, including good nutrition, fly control, pasture clipping and providing shade from ultraviolet light exposure, are important along with a vaccination program that includes both M. bovis and M. bovoculi vaccinations.

PHOTO 2: M. bovoculi magnified 25,000 X. Shows coccoid (spherical) cells with a web of “tendrils” attaching themselves to each other.