Who could possibly resist the cuteness of a newborn Holstein calf? How about a sweet and silly Jersey cow named Sparkle who loves the camera? One sixth generation Iowa dairy farmer has tapped into the power of social media to go beyond the adorable and produce popular content that is educational and entertaining.

Megan Kregel grew up on a dairy established in 1847 near Guttenberg, Iowa which has been home to many innovations, including the latest technology installed in 2014- Lely robots to milk the farm's nearly 400 cows. Kregel came back to the family farm in 2017 after working nearly seven years for the Northeast Iowa Dairy Foundation doing marketing, communications and dairy promotion. Megan graduated from Iowa State University with a dairy science degree and a minor in Journalism and Mass Communication in 2011.

Last May, Kregel was engaged to Ted McAllister of McAllister Family Dairy in New Vienna, Iowa. McAllister is a seventh generation farmer, who in partnership with his brother, farms 420 acres and now milks 280 cows.

“Last September I moved over to Ted’s farm,” said Kregel. “My Jersey cows came with me, it’s a package deal. So, this predominantly Holstein herd got 70 head of Jerseys added and now everybody’s in love with them.”

TikTok as a Tool to Change Hearts and Minds

It’s no secret that today’s dairy consumer has little knowledge about production dairy but innovative farmers like Kregel are working hard to change that. In the ongoing quest to combat myths and share positive stories of dairy farming a new tool has emerged – social media. According to research published in the November 2021 issue of the Journal of Dairy Science, videos are the best way to educate and influence consumer behavior. This study revealed that 34.9% of consumers were most concerned about the treatment of dairy animals and 29.8% were most concerned with milk quality/use of antibiotics and chemicals. Consumers who watched educational videos that addressed the milk quality concerns reported feeling more comfortable purchasing conventional dairy (versus organic or specialty labeled) products. This research backs up what Kregel has experienced on the TikTok social media platform.

“I have gotten countless messages from people who have said that I have changed their mind about dairy,” said Kregel. “These folks had no idea about what goes on at a real dairy farm and they learn how well the cows are treated. They start drinking milk again or start adding cheese back into their diet. I get lots of good questions and even those that on the surface seem like they might be coming from a negative place are generally just them being curious. They might have been led to believe something that is simply not true. I believe that this is the positive impact of TikTok – something I originally thought was just a dancing app is actually a huge educational tool.”

“The video that went viral with 23 million views was a simple ‘How to Milk a Cow’,” said Kregel. “It is very hard to guess which videos are going to go viral. It does seem like the quick and easy things to post do the best. It’s best not to overthink it. I try to post daily and really gear my content to speak directly to the consumer by sharing what daily life is like on the farm and also answering their questions.” 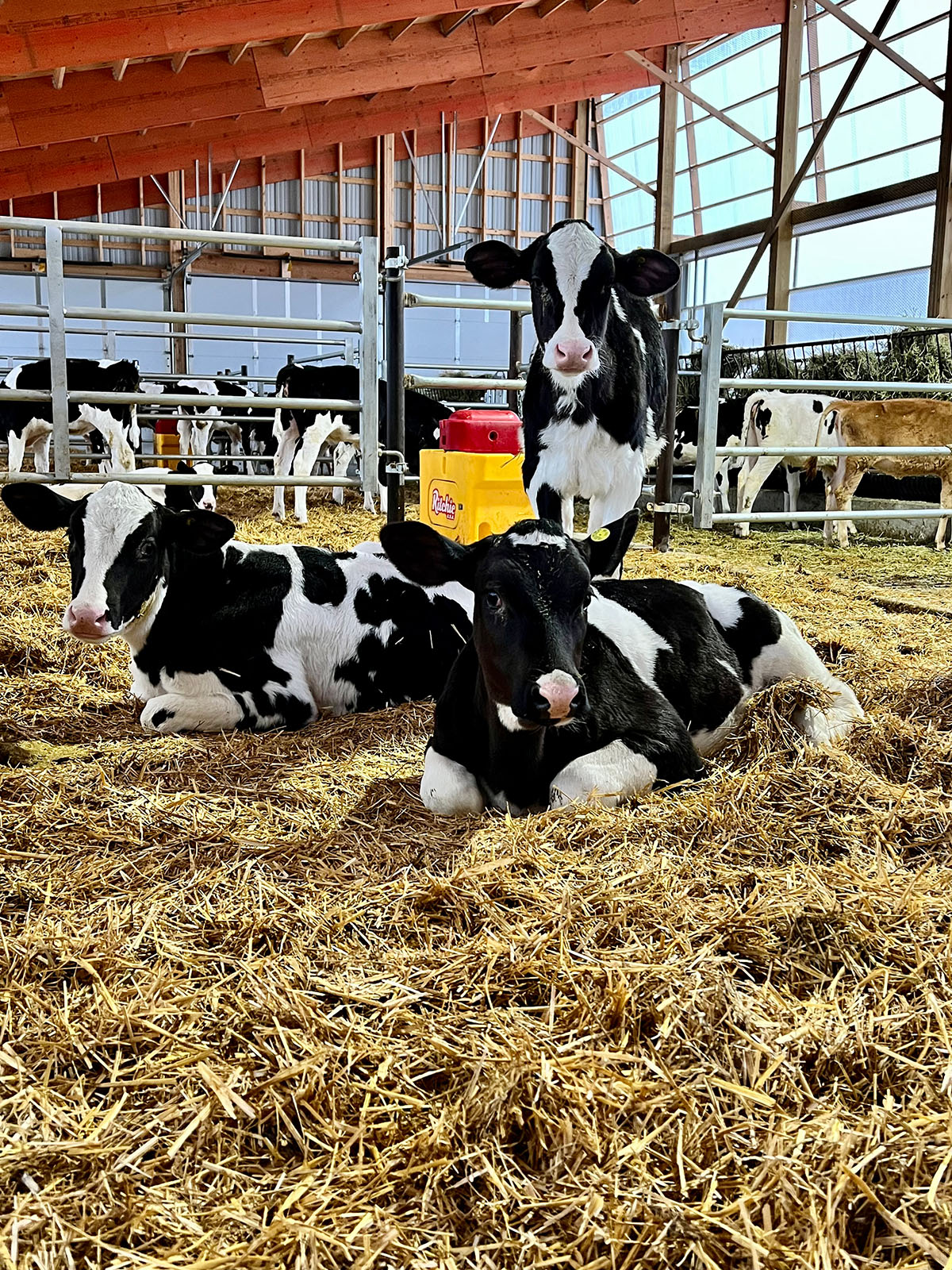 Keeping It Real – Muck & All

Kregel is a proud dairy farmer who is not afraid to keep it real and deal with animal care topics others might shy away from such as vaccinations, breeding choices, dehorning, hoof trimming and more. She does response videos to specifically address specific comments or misconceptions in a humorous and lighthearted manner.

“We don’t have anything to hide,” said Kregel. “I can show animal care in a video without ever having to say this is how we care for our animals. Animal behavior does not lie. Just pick any video and see how we interact with the animals. People can see that these animals are well cared for and I am always purposeful about saying that this is how it is on all dairy farms. It doesn’t matter the size, if the dairy farm is conventional or organic; our animals are our number one priority.”

Kregel has dealt with her fair share of vegans and animal rights activists who try to bait her into a confrontation. She says she “always tries to be kind” and she points out all the by-products of animal agriculture such as lubricants, tires, crayons, asphalt, drywall, and cell phone parts that the average person uses to demonstrate how essential animal agriculture is to our modern world. She also has specific resources and playlists set up to address environmental concerns and share how dairy farmers are sustainable and responsible.

“If someone wants to be a vegan or not consume dairy – that’s their choice,” said Kregel. “We can have differences of opinion on what we eat but let’s be very clear and have an understanding that the livestock is well cared for. I am not going to diss your vegetables, so don’t disrespect my meat and milk. I would say around 90% of my content is designed to dispel myths and misconceptions about dairy farming.”

Sparkle is the Real Star of the @megan_dairygirl

You can’t help but notice that there is one cow in particular that gets a lot of camera time on Kregel’s channel and that is a six year old Jersey named Sparkle.

“I mean everybody has a favorite cow, right?” said Kregel. “When I was eight years old, it was my showmanship cow Jillian, then it was Joy and now it is Sparkle. She was actually a twin – there was Sprinkle and Sparkle. Sparkle has always been over the top and in your face – I mean more than your typical, flamboyant Jersey. There has always just been something special about Sparkle.”

Sparkle is due in May to have her fourth calf and the big event is sure to be a big hit on social media. Another humorous staple of the channel is Ted McAllister who plays the comic foil on the farm. The energy and vibe of the channel is wildly entertaining and educational for farm and city folks alike. Kregel has plans to expand her presence and positive dairy messaging on other social media platforms in the future. 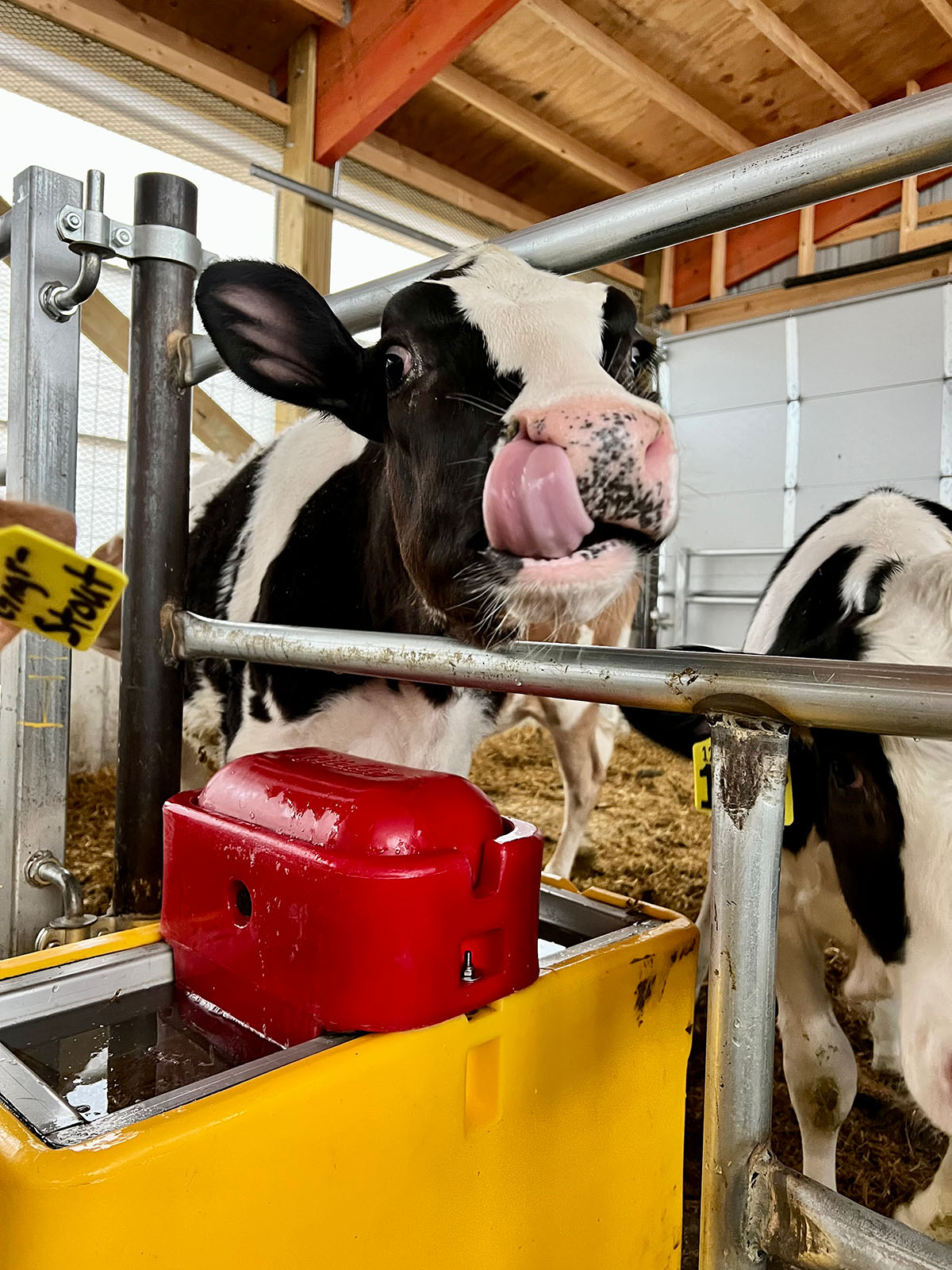 Kregel and McAllister have scheduled their wedding for August of 2022, around harvest season. As farmer-member owners of Prairie Farms Co-op, the couple plans to continue growing the McAllister Family Dairy. A major goal for the farm is to get all their animals housed in one central location. The first step was adding a new calf barn this past year that was outfitted with high efficiency Ritchie OmniFount waterers. There are goals to upgrade additional facilities and add more efficiency to the farm.

“I think like every producer, we’re just trying to do right not only by our cows but by our land too,” said Kregel. “Managing water resources, growing our own feed, focusing on cow comfort with sand bedding, and making our farm more sustainable are all crucial to continued success. Choosing reliable and easy to maintain equipment is also important. We are proud to support an Iowa business when we choose Ritchie waterers.”

Do You Know a Ritchie Innovator? Tell Us About It

Ritchie Industries is always looking for innovative dairy farmers who use Ritchie waterers in their operation. Send us an email at jmiller@ritchiefount.com with contact information and you might be featured in an upcoming article.