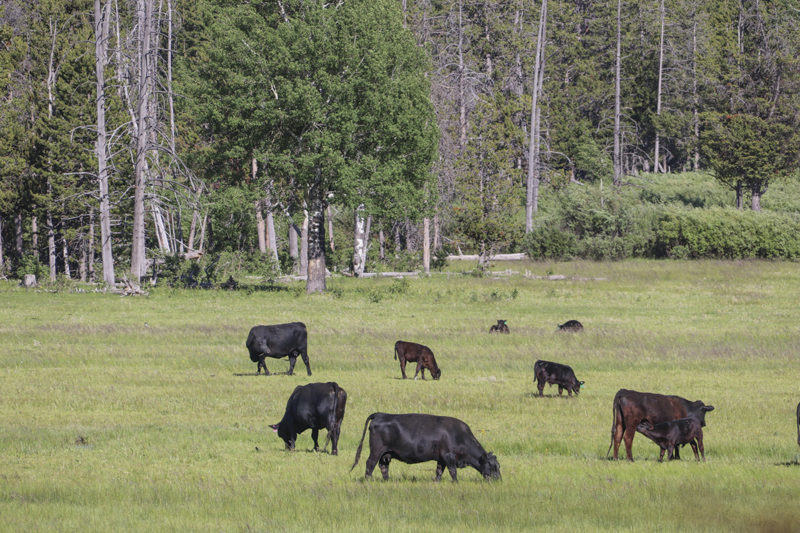 Thanks to wise grazing and conservation practices by livestock producers and land managers, U.S. rangeland is on a trajectory of improved sustainability and health.

Many of us have been entertained by magic tricks, whether in our youth or as adults. Most of these tricks are sleight of hand, with the bigger and more elaborate shows employing smoke and mirrors. The job of the magician is to convince us into believing the unbelievable. For a moment, we may be convinced that a person can levitate or that the woman was really sawed in half. Then reality comes back, and we begin to question the magic and try to determine how it was done.

One of the greatest shows on display today is the environmental initiative to conserve 30% of our “lands, waters, oceans and biodiversity” by 2030. This year is shaping up to be one of the driest and largest fire years we have ever seen. A picture of climate disparity is being painted: Unless action is taken, the Earth will be destroyed. It could be easy to buy into such an idea as we all are connected to the land through food, fiber and its aesthetics. Additionally, it is human nature to react when calamity is approaching. Nevertheless, Mother Nature is no stranger to change, and when we take a measured approach to this environmental initiative, things may not be as they seem.

Historically, rangelands were mismanaged, leaving the majority of natural resources in a state of poor to fair conditions. The 1930’s Dust Bowl is evidence of such exploitation. However, rangeland management has come a long way since that time, and recognition of that effort needs to be highlighted. Through science, education and policy, a once-barren landscape is now a biodiverse grassland. Land managers have come up with creative ways to increase grass and forb abundance, promote soil stability and health, and prevent or reduce woody species encroachment. These efforts have not been perfect, but the landscape is improving. For instance, a Bureau of Land Management report showed there has been a 26% increase in rangeland conditions from 1936 to 2005. Despite natural resource disasters, the land is on a trajectory of improved sustainability and health, all through use and conservation.

Rangeland conservation is the process of managing natural resources according to principles that assure their sustained economic and/or social benefits without impairment of environmental quality. In this context, conservation is good and all land management practices should be striving to employ this definition of sustained use. In contrast, protection or preservation strives to eliminate use so as to prevent injury, damage or destruction. One definition seeks to use the land in a manner that benefits all species, while the other removes certain uses to protect the one.

In 1964, the Wilderness Act sought to protect areas of pristine land from multiple use. The Endangered Species Act of 1974 sought to protect individual species that were thought to be threatened or endangered. These two acts have been set up to protect, not conserve, natural resources. The consequences have been an environment that threatens the very species for which protection was sought. For instance, forests with endangered species or wilderness areas have been restricted from logging and management. Logging removes old timber, increases biodiversity and creates a forest that is more resilient to drought, disease and pests. Recent mega wildfires are a direct consequence of protection from use.

Livestock from an environmental perspective are often viewed negatively. This is likely due to their not being a naturally occurring species. However, livestock have been shown to have a positive effect on the landscape when managed in conjunction with wildlife. Targeted livestock grazing has been shown to reduce fire risk and fine fuel loads. Additionally, livestock promote a facultative response for wildlife. Removal of decadent plant material promotes new growth and a more nutritional forage source for other grazers. When livestock are excluded in a protective framework, biodiversity decreases on the landscape; in some areas, monocultures of invasive species are created.

The current environmental initiative of “30X30” paints an ecological doom-and-gloom picture and blurs the definitions between conservation and protection. No matter the personal stance one takes, caution is warranted to not be entertained only by the smoke and mirrors of the magician. Rather, a scientific and historical approach is recommended to be better informed of the potential consequences that could occur from implementation of environmental and policy action. Conservation will always provide better outcomes than protection.