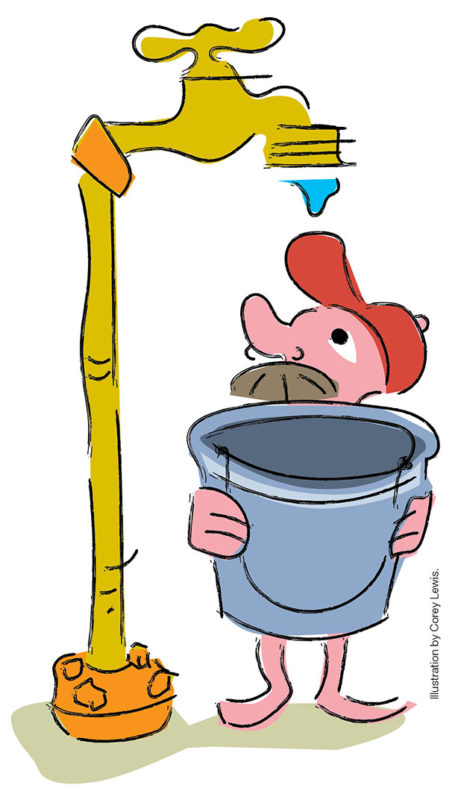 The outlook for milk prices is creating optimism, countered by inflation, feed and other input costs, supply chain issues and labor shortages. Like many states in the West, drought is an ongoing concern.

For Leland Kootstra, a partner in the accounting firm of Frazer LLP, the combination of those factors has the moods among dairy producers ranging from strong optimism to general uneasiness, with the hope 2022 could be a year for producers to make some progress financially and operationally. However, it comes with realization higher input costs mean milk prices in the $22 to $24 per hundredweight (cwt) don’t provide the same returns they did in 2014.

“With both milk and feed prices high in 2022, the advantage goes to highly efficient farms with very little ‘excess fat’ in their financial structure,” Kootstra said. “The margin is there for strong producers to make 2022 a profitable and successful year. However, we’ve all been through a roller coaster over the last few years, so I haven’t seen many producers feel ‘settled’ with the current environment. It seems there’s a new headline every day that can shake up the markets.”

With tight margins and market volatility, Kootstra has seen a greater use of risk management tools and contracting both milk and feed to get ahead of their financial plans for the year. “This has been a positive change in the past few years as more producers are actively looking to limit their downside exposure,” he said.

As the state producing the most milk in the U.S. for the past three decades, California also has the highest population and is probably one of the most geographically diverse states in the country. Those factors create a collision of people and resources, resulting in additional regulations that add further burdens to dairy producers.

Fresh off of three days at the 2022 World Ag Expo, Anja Raudabaugh, chief executive officer of Western United Dairies (WUD), said interaction with California dairy producers at the event was positive. As a state producing high volumes of butter and milk powder, the longer-term outlook high Class IV milk prices have many of them believing they can be lifted out of serious 2021 feedline debt.

Each of those constrictions poses unique challenges on how the dairies operate, as well as differing outcomes – either early sell-outs on the labor-challenged dairies and/or consolidations on the water-challenged dairies – when the burden becomes too great.

“Families having to milk cows at all hours of the day plus working in the front office to meet California’s regulatory burden are just plain burning out sooner than they planned,” Raudabaugh said. “Families who inversely have the labor and the land are so restricted on their water supply they can’t produce enough on-site feed for their larger herds, so are closing one or more dairies to consolidate their operations.”

Like Kootstra, Raudabaugh sees more dairies utilizing every risk management tool available to them, including hedging both milk price and feed costs. While not addressing the water and people challenges they face, use of those tools does mitigate some of the stress.

California’s milk production and processing capacity is currently in balance, even in the organic marketplace, she said. Cooperatives and organic creameries aren’t accepting new members, and nearly all of the processors have begun to enforce their base programs.

“These base programs remain controversial among farmers, as some view the enforcement to be selective among their cooperatives,” Raudabaugh said. “As more dairies sell out, some capacity may free up, but this looks doubtful.”

According to the USDA’s semi-annual Cattle report, California cow numbers to start the year are fairly static with a year ago, at about 1.72 million head. Based on preliminary USDA estimates, last year’s milk production was up a modest 1.6%, although in volume that equals about 650 million pounds. Given the sell-out and consolidation trends, however, the average herd size in California continues to grow while the number of dairies continues to shrink.

“Since dairy farmers utterly lack a cohesive lobbying strategy to garner political capital, FMMO reform that would benefit dairy families is a fantasy,” she said. “The inverse is just as true: If a plan is proposed that would hurt California dairy families inequitably, California’s political representation in the House of Representatives will appropriately neutralize that plan. The politics in Washington, D.C. are only getting worse when it comes to crafting unified policy, so the FMMO system will continue to operate the same.”

Since joining the FMMO system at the end of 2018, dairy cooperatives in California gained far more economic flexibility, especially as it relates to pooling, weakening the farmer safety net, she explained.

“As was predicted, about half of the industry gained significant certainty by their co-op playing the pool game; the other half has been hurt just as significantly,” she said.

When it comes to the regulatory climate, even those with superhero powers face struggles. “California is business kryptonite; all who enter here are weakened by the layers of bureaucracy and regulatory overreach,” Raudabaugh said.

Environmental regulations are a significant portion of that burden, and seemingly ever-changing, according to Paul Sousa, WUD’s director of environmental services.

“The state’s goals, and therefore regulations, can shift from one moment to the next, making it difficult to keep up and understand the dynamics,” Sousa said.

“California is giving these environmental justice groups a significant platform even as they work counter to the state’s environmental goals, creating an awkward position for regulators.”

As an example, Sousa cites legislation passed in 2016 requiring livestock and dairy operations to reduce manure methane emissions by 40% by 2030. Since that time, dairies have been working at an incredible pace to meet the target. Thanks to grants to assist with initial capital costs and other financial incentives, including credits under the Low Carbon Fuel Standard (LCFS), adaptation of digester technology is helping dairy producers meet emission targets while also converting methane to renewable energy, creating a new source of revenue.

“Unfortunately, this success has also drawn the attention of environmental justice groups who seem irritated with dairy’s success in meeting the targets and improving environmental quality,” Sousa said. “These groups have petitioned the California Air Resources Board (CARB) to exclude swine and dairy biomethane from being able to generate LCFS credits.” (CARB recently denied the petition but agreed to look at the issue more as it moves forward with a larger regulatory process.)

This year also brings a new twist to water quality regulations for dairies in California’s Central Valley and potentially the entire state. The state Water Resources Control Board recently took up a petition by environmental justice groups to review a water quality permit from the Central Valley Regional Water Quality Control Board that covers most of the dairies in California.

All these challenges have potential to affect dairy family legacies, Kootstra said, noting the impact goes beyond the ability to cash flow and day-to-day operations. “With a lot of a producer’s equity being in the real estate, the negative impact of new water regulations can be huge for many producers who find themselves outside of a preferred water area.”

Despite the regulatory burdens, Raudabaugh said she believes domestic demand and California’s geographic position as a major source for exports will prevail. It will require, however, the state’s producers to stop thinking of themselves and focus on community-based solutions.

“Our farmers will continue to meet the California consumer’s exceptionalism head on,” she said. “No more single-issue solutions and no more purchases on the dairy that solve just one problem. If we’re going to solve our water quality challenges, for example, we should also be doing it with methane reduction tools. If we’re going to reduce our dependence on labor by using robots, we need to consider how we’re also utilizing technology that Californians want, like clean electricity independence. For better or worse, the rest of the world follows the path set out by the California consumer – who is also a voter.”