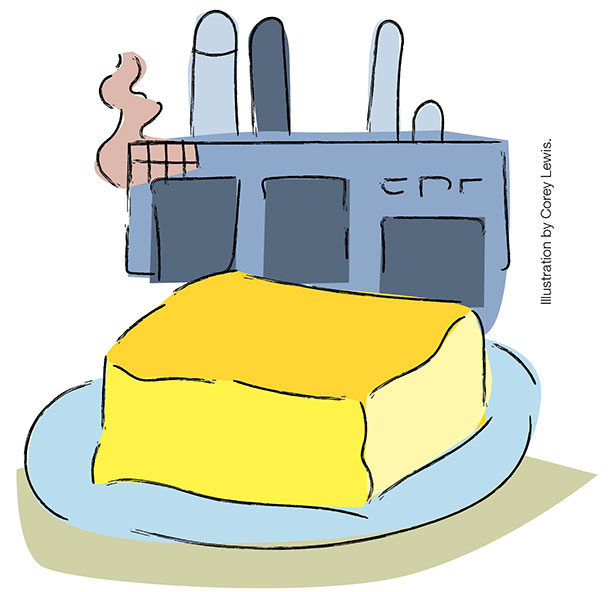 State of the Dairy 2022: Water, regulations add to regional challenges

Dave Natzke
The collective mood of dairy producers in the Northwest and Mountain states was a mix of cautious optimism and apprehension as the new year got underway.
Dave Natzke

“Lots of unknowns are creating risk, volatility and unease in the dairy producer community these days,” said Rick Naerebout, chief executive officer of the Idaho Dairymen’s Association (IDA). Chief among those unknowns: Are milk prices going to hold and are feed prices going to ease?

Beyond prices and costs, the regulatory environment in Washington continues to threaten the stability of the industry there, said Dan Wood, executive director of the Washington State Dairy Federation (WSDF).

“For us in the Mountain area, water availability is a big concern,” Gillins said. “In Colorado, water shortages are primarily due to increased demand with all the population growth. In other Mountain states like Idaho, Montana and Utah, shortages are more drought-related. For all, water shortages create higher costs for farmers, particularly when it comes to feed.”

A look at the numbers

Comparing January 2022 USDA estimates, cow numbers in the Northwest’s three major dairy states – Idaho, Oregon and Washington – totaled about 1.05 million head, down 12,000 from the year before. Among individual states, however, there’s contrast. Oregon’s year-to-year cow numbers remained fairly steady; the Idaho dairy herd grew by about 6,000 head from the year before, but Washington cow numbers declined by 18,000 head. Montana and Wyoming added about 20,000 cows to the area’s total.

Compared to a year earlier, hay production across the five Northwest states was down more than 4.3 million tons, with three-quarters of that decline coming from alfalfa hay. On-farm hay inventories ended 2021 substantially lower in Montana, Oregon and Wyoming. Last year’s production of another major ration component, corn silage, was up slightly in Oregon and steady in Idaho but down in Montana, Washington and Wyoming. Colorado hay production was up, helping boost on-farm inventories and limit price increases, but corn silage production was lower.

The sustained drought in the West has increased forage costs rapidly. Dairy-quality alfalfa hay prices in Idaho peaked in the final quarter of 2021 at $250 per ton, up about $75 per ton from the year before. Prices received by alfalfa hay growers in December 2021 were up $120 per ton in Montana and $50 to $60 in Idaho, Oregon, Washington and Wyoming.

All dairies are expected to have increased breakeven prices because of surging feed costs, although those with an established land base and growing most of their feed will have the greatest control. Producers are also making ration adjustments to use locally grown canola meal.

The financial situation among Idaho producers is a mixed bag, Naerebout said. There’s a big range in producers doing exceptionally well and those on the opposite end of the spectrum. In addition to production costs, IDA members are keeping an eye on “net zero” initiatives, with heightened expectations over both management requirements and income potential. There is significant interest from digester developers.

“There are more questions than answers, but the dairy producers who figure out how to monetize carbon and create another revenue stream for their operations will have a leg up on the majority of their competition,” Naerebout said.

Dwayne Faber, a Washington dairy farmer and member of the WSDF board of directors, said producers’ cautious optimism is being fueled by milk futures prices that could be the highest in eight years.

“It has certainly been a trying couple years, and while futures markets are promising, it still has not yet translated into operating cash,” Faber said. “Most dairies in our area are still reeling from the effects of several years of unprofitability. Operating lines are uncomfortably high, and we are due for a year where margins are not made on government payments or perfectly timed purchased insurance.”

Concerns over prices and costs are heightened by other factors. “Our concerns typically start and end with profitability,” Faber said. “However, we have seen an increasingly short labor market, uncontrollably rising input costs and a state government that is increasingly antagonistic to the dairy industry.

“The current ‘state’ of our state is akin to the fellow that got stood up on four straight dates, but with nervous anticipation he sits in a chair by himself thinking that this next one is going to be the one,” Faber said.

With the Northwest Dairy Association (Darigold) expanding processing capacity, the supply-demand balance is better in Washington, Wood said. The Northwest also received some good news regarding milk processing capacity to start 2022 with the partial resumption of butter production at a Darigold facility in Caldwell, Idaho. The 91-year-old plant was significantly damaged in a fire last October. Prior to the fire, the plant processed about 1.4 million pounds of milk per day. As of early February, however, milk powder production at the facility remains shut down.

While there are plans for increasing regional processing capacity, inflationary pressure on building costs are a massive concern, Faber said.

In Idaho, milk supply and processing capacity are fairly well balanced to start 2022, solely due to implementation of base-excess programs, IDA’s Naerebout said. While there’s talk of additional capacity coming to the state, so far there are no solid plans.

“There is tremendous pent-up demand among our dairy families wanting to expand their operations,” he said. “We could fill a 10-million- pound-per-day plant without breaking a sweat.”

“In the Mountain area, Colorado is in a very good position from an overall balance standpoint,” said Gillins. “Mountain states like Utah and Idaho are balanced too, but that’s primarily due to base-excess programs to restrain some production.”

Sitting outside the Federal Milk Marketing Order (FMMO) system, Idaho producers are observing conversations regarding potential reforms but not actively engaging. Perhaps more important to the state’s producers are trade policies, with hopes that incremental growth in exports can sustain and grow Idaho’s markets.

“With only 3 percent Class I utilization, we don’t expect Idaho to be in a regulated market any time in the foreseeable future,” Naerebout said.

“The changes in Class I price formulation have been detrimental in our region, and the majority of our members in the Mountain area would like to see the Class I formula go back to the way that it was,” said DFA’s Gillins.

“Proposed CAFO (concentrated animal feeding operation) permit regulations would be more restrictive than is reasonably and economically practicable, making it difficult to meet the conditions of the permit,” he said. “More recently, proposed legislation that would encompass entire farms in a ‘no-touch buffer’ make it hard to see a solid future in Washington state,” he said. While the legislation was defeated, Wood estimates the buffer regulations, which would have required farmers to plant trees to maintain riparian buffers, has the potential to drive a large percentage of farms out of business.