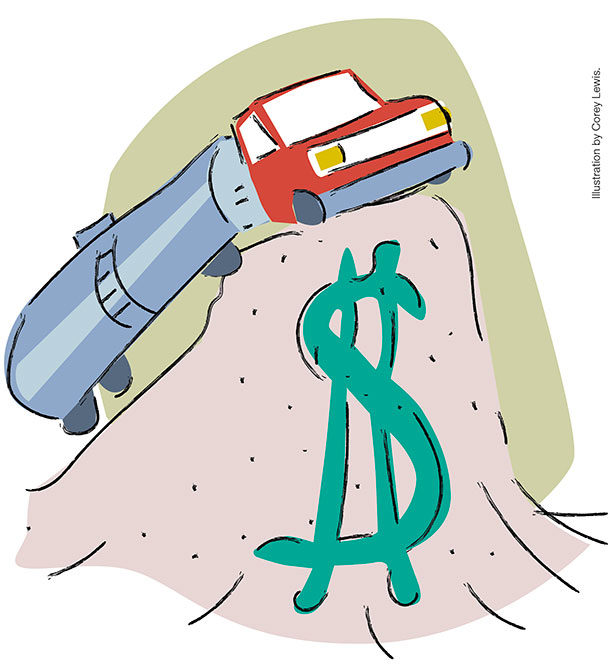 Dave Natzke
Like many other major dairy states, last year’s story about cow numbers in Illinois, Indiana, Michigan and Ohio was written in two chapters. There was growth early in the year before numbers tailed off as base-excess programs and higher feed costs put lids on production.
Dave Natzke

The USDA’s semi-annual Cattle report indicates the four states started 2022 with about 949,000 cows, 24,000 head less than a year earlier. The number of dairy replacement heifers was down by about 34,000. The USDA’s preliminary estimates show 2021 milk production was up about 4% in Indiana and 2% in Michigan but mostly steady in Ohio and Illinois.

In the field and in feed storage, the USDA estimates show hay and forage production was up across the region, resulting in slightly higher hay inventories to end the year. Year-over-year price increases for dairy-quality alfalfa hay were more subdued than in many other major dairy states. On the other hand, corn silage production was down and made more costly due to tar spot in the 2021 corn crop, adding the need for fungicide treatments, said Phil Kaatz, MSU Extension forage and field crops educator.

Optimism with restraint in Michigan

The mood in Michigan is one of optimism with a dash of relief and caution. That mix is fueled by higher milk prices and signs those prices could remain elevated through the year, supported by tighter milk supplies, growing exports and strength in domestic per-capita consumption.

“As an industry, the strength of our domestic market and consumers’ value of dairy is important and gives reason to be optimistic about the future state of dairy,” said Doug Chapin, Michigan dairy producer and board chair of Michigan Milk Producers Association (MMPA).

Government assistance programs were critical to survival in 2020 and 2021, and 2021 yielded some of the smallest income margins over feed costs Michigan producers had ever seen. That leaves many starting 2022 under some financial stress and looking to higher milk prices for some relief, Chapin said.

Many variables affecting markets, including issues with products getting on ships and labor shortages in plants, have been unique, unpredictable and unprecedented, he noted. The lingering supply chain challenges create long-term concerns over possible lost markets and an erosion of prices.

“Right now, the supply chain challenges, from labor on farms and plants to transportation domestically and internationally, are the biggest risk to our market,” Chapin said.

Seeking a balance in Ohio

On one side of the scale, lower cow numbers provide at least temporary optimism that milk prices will strengthen. Changes in breeding strategies are boosting revenue from calves. Cull cow prices are higher than average, providing opportunities to market lower-quality cows and bring in replacements with greater genetic potential. The value of manure as fertilizer is up.

On the other side of the scale, a host of factors affecting producers’ abilities to manage their cost of production are raising profitability questions and anxiety levels, Shoemaker said. Those factors include higher overall input costs, including feed, and availability and price volatility for crop production supplies.

“Grain prices are high, meaning feed prices are high, too. Growing your own forages as cheaply as possible will be an important element to stay afloat in 2022,” said Hayley Zynda, agricultural and natural resources educator in Ohio’s Wayne County.

Continued supply chain issues are impacting the availability of parts and the ability to make repairs of milking, feeding and cropping equipment, said Lee Beers, agriculture and natural resources educator in Trumbull County.

The moods of Indiana dairy producers are similar, according to Steve Obert, executive director of the Indiana Dairy Producers. “Generally, escalating costs are creating the most anxiety. Feed, fuel, labor and crop inputs are all up significantly. Even though farmgate milk prices may be up 30 percent, farm families are wondering if this will offset the higher cost,” he said. “Our producers are also concerned about the transportation challenges impacting our farms.”

The potential of a new income stream is adding to a positive outlook. “Renewable natural gas is a hot opportunity for many of Indiana’s larger dairies,” Obert said. “It is creating excitement for those farms.”

While regional milk processing capacity is available, keeping local capacity in an environment of higher costs and labor shortages is a concern, Shoemaker said. She cited a 2021 closure of a plant at Marietta, Ohio, tied to challenges regarding cost-effective milk hauling, as raising concerns over markets for Ohio-based milk. On-farm processing of fluid milk and other dairy products provides opportunity but also faces long-term market saturation.

The four states are connected to four Federal Milk Marketing Orders (FMMOs): the Mideast, Central, Upper Midwest and Appalachian. Looking back at 2021, the pandemic’s lingering impact on markets created wide variations on milk checks, and that has intensified calls for FMMO reforms and exposed deficiencies in risk management tools.

“For producers in Michigan, the most visible piece of the Federal Milk Marketing Order is the ‘Class I mover,’ which resulted in lost value with the pricing volatility during the pandemic,” Chapin said. “If the dairy industry can unite to support one proposal, we can develop substantial changes that everyone can benefit from.”

Farms in high Class III markets fared much better than those in Class I markets, Obert said. While federal pandemic assistance payments and Paycheck Protection Program loan forgiveness were a huge help, that aid only allowed producers in high Class I market areas to tread water. In contrast, those producers in Class III markets had greater ability to build working capital to start the new year.

“Indiana producers are very concerned about the impact the Class I mover formula change is having on milk checks,” Obert said. “In addition, producers are asking for an industry-wide discussion on depooling.”

In Ohio, Shoemaker cites a need for increased transparency to ease the frustration over negative producer price differentials (PPDs). While discussion surrounding changes in the milk pricing system are growing, expectations of a quick fix aren’t likely, she said. “Bringing all sides together will require industry leaders and political champions with the depth of knowledge of the dairy industry to develop a unified proposal that benefits all and have the political savvy and connections to get it done,” she said.

Michigan and Indiana had two of the lower participation rates in the 2021 Dairy Margin Coverage (DMC) program, with Ohio participation somewhat higher. With its lower number of dairy operations and cows, Illinois DMC participation topped 80%. The DMC program was critical to many Ohio farms in 2021, putting participants in better cash positions than those who didn’t, Shoemaker said.

“COVID-induced market dynamics combined with the Class I mover formula change relegated the Dairy Revenue Protection program and other risk mitigation strategies less effective after the initial shutdown shock. There was no way to hedge risk. The rules changed, but our tools did not,” Obert said.