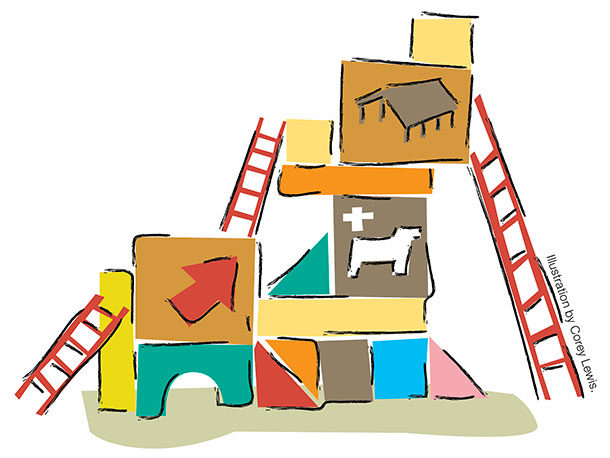 State of the Dairy 2022: Beyond geography, there’s a squeeze in the middle

While he resides in the northern part of the I-29 Corridor, the lender’s customer base stretches from Michigan to California.

In general, producers within the Farm Credit Services of America dairy portfolio had a small profit in 2021, with much of the profit coming in the fourth quarter due to higher milk prices. On top of a strong net income year in 2020, producers entered 2022 with above-average levels of liquidity and owners’ equity.

“The strong Class IV milk prices has created a great deal of price increases for producers in higher Class IV utilization geographies,” Reecy said. “This environment also indicates strong powder prices abroad, and the U.S. is well positioned to provide these supplies to the world market.”

From his vantage point, most areas across the country are in equilibrium between production and processing capacity. In those that aren’t, base-excess programs are capping production.

“There are certainly areas with excess production at present, but base programs are having a limiting effect in the Midwest and Southwest to ensure there is a home – not just for milk produced but a home for the milk at profitable levels for producers that enhance rather than detract from mailbox milk prices received,” he said.

Reecy primarily works with larger dairy herds, those with a couple of thousand cows or more. He has seen considerable dairy growth in the I-29 Corridor, in part due to the migration of cows from other parts of the country. One factor affecting both herd size and geography is contraction.

“The industry is consolidating at an increasing rate relative to the past. We do not expect cow numbers to increase in the short term – rather the cows in production will flow to more efficient and profitable operations which will increase milk solids production per cow at an increasing rate,” Reecy said. “Production will also continue to flow to the Midwest due to availability of water resources, which means lower feed costs coupled with above-average milk prices for producers.”

Another theme emerging is an increased appetite from producers and processors to vertically integrate, given the investment required relative to the prices risks faced by both parties.

Geographically, Reecy sees greater contraction in the Southwest and West, driven by factors dairy managers have less control over. One of those is restrictions on access to water, leading to higher input costs. He points specifically to New Mexico, where cow numbers have been dropping. “Those cows are leaving, and I don’t think they’re going to come back in that area,” he said.

The “right home” for cows is frequently where there’s access to feed, as well as a land base suitable to build larger dairy facilities. Currently, those places are in Texas and the I-29 Corridor.

“In terms of growth and contraction, it’s a tale of two places, and cows are trying to find the best place, cost-of-production wise,” he said. “There are fewer and fewer places in the U.S. today (to build large dairy facilities),” he said.

The middle is getting squeezed

Under those circumstances, it’s producers in the middle who are facing the most pressure.

“When it comes to herd size, the current structure of federal programs provides more financial support on a per-hundredweight basis for smaller herds,” Reecy said during a recent Dairy Download podcast. “At the opposite [end] of the spectrum, the largest herds can take advantage of economies of scale to manage cost of production and profitability.

“The middle – producers with herds of 500 to 1,500 cows – is really getting squeezed out. They’re facing some inherent challenges as a general group. There’s obviously exceptions to that, but that group is struggling from a cost perspective,” Reecy said.

“One is available capital for that type of operation to go from 1,500 cows to 5,000 cows. That’s a sizable investment, likely a 20 to 30 million dollar investment,” he said. The other piece is having the necessary labor to run that multimillion dollar business and optimize cost of production. Labor challenges aren’t limited to the day-to-day operation of the dairy but include mid-level management and business structure.

Reecy estimates his team finances about 10% of the cows in the U.S., providing robust benchmarking metrics enabling them to compare dairies in Michigan, Texas and California. Factors impacting cost of production and profitability, producer viability and financial health aren’t dramatically different than they were in the past, he said. What has changed is the way they can be measured.

“When we make decisions, the thing that’s ultimately at the top of our list is cost of production relative to your peers – and where do you fit in that spectrum? If you are in the top 25 percent of cost of production, your ability to attract capital is going to be at a higher level than if you’re in the bottom 25 percent, regardless of how much equity you have. Cost of production really speaks to long-term viability,” he explained.

To some extent, less attention is paid to actual milk prices and feed costs, with greater importance on how they are managed through risk management strategies. Replacement costs and herd turnover rates are critical. Labor adds costs to every aspect of a dairy operation.

“We think about it in terms of what they have control over every day,” Reecy said. “I find a lot of times we tend to focus on the areas that are challenged in terms of costs. I think we need to focus on those things we’re doing really well, and can we do them even better. There’s plenty of nickels and dimes and quarters in there; it’s not just one thing that’s either better or worse.”

Looking into 2022 and beyond, Reecy identifies processing capacity as a limiting factor on potential milk production growth facing most producers, regardless of geography. “When processing capacity grows, that capacity fills up rapidly, offering opportunity to those producers who are positioned to take advantage of it quickly,” he said.

Second is speed of adaptation of mechanization and automation that’s coming to the dairy industry due to labor concerns. Labor cost and availability are driving innovation.

A third challenge, and one Reecy characterized as short-term, is renewable natural gas and digesters on these operations of scale.

“The topic is attracting a lot of interest – and a lot of money,” Reecy said. “Lenders and producers are trying to determine what that might look like in the future, and whether it is an opportunity or obstacle in five to 10 years. Overall, those projects help us tell a really good story about the viability and sustainability of our business,” he said.

There’s still opportunity for a younger generation in dairy, if they’re willing to work hard and have the ability to get along with and manage people, Reecy said.

“There are businesses willing to give a percent ownership perhaps in some of these operations to attract younger folks who they know or have some background to accomplish managing some of these places. That’s the key link that is really difficult to replicate.”

Like dairy farming, the dairy lending landscape faces parallel challenges of consolidation and availability of qualified labor, Reecy said. The number of major lenders financing dairy production have been reduced, and increased specialization within dairy requires new levels of expertise.

The other challenge is the size of the transactions, Reecy said. “The size, complexity and capacity a lender has to have to service the industry has changed at a pretty rapid pace,” he said.