Walt Cooley
Innovation in training cows to milking robots and feeding to entice them to enter them are among the trends in dairy cow technology I’m seeing lately. What follows are summaries from The Cow Tech Report that recap cow tech news you may have missed from the first quarter of 2021.
Walt Cooley

One of the leading milking robot companies recently announced it would make a feed bin capable of feeding something other than pellets a standard feature of all robots going forward. Lely calls its feed bin a “commodity feeder.” It is capable of feeding barley, oats, corn or a combination of small grains. According to the company, the capability to offer certain feeds depends on the “stickiness” of the feed. The commodity feeder will also be available as an upgrade for the company’s A4 and A5 robots already installed.

Most cows milked by robots are typically fed a partial mixed ration (PMR) at the feedbunk with the balance of the diet fed as a pelleted concentrate inside the robot. These pelleted feeds can often be costly.

Another milking robot supplier has been offering a feed bin for its robots that is capable of feeding high-moisture corn. That company, AMS Galaxy, was recently honored with a Nexus Innovation Award from Professional Dairy Producers of Wisconsin (PDPW).

A five-year-old program that helps farmers know if the suppliers they provide their data to are trustworthy recently received an update. The “Ag Data Transparent” seal has been in use since 2016. The founder of the certification and ag law attorney Todd Janzen announced recent updates to the program to advise farmers about how companies collect, share and use their data.

The major change to the revised certification is: It now requires tech companies to declare if they intend to sell aggregate data to third parties without user consent and also identify if users can opt-out of aggregated data sharing. Janzen says one of the big concerns still voiced by farmers today is whether their data can be sold to other companies. Learn more about the certification at www.agdatatransparent.com

Two companies merge, tackle tech for the ‘back of the barn’

A ventilation company that late last year announced a pivot toward integrating IoT technology into indoor cattle housing has acquired another major dairy barn equipment provider. The new organization was created by the recent merger of VES and Artex. The company will be named VES-Artex and is owned entirely by Turntide Technologies. Turntide’s Smart Motor System has been called the “world’s most efficient and connected motor system.” VES and its cow fans were including the smart motors in its new fans, and the company most recently integrated them into a cloud-connected, smart barn system know as DairyBOS.

“The future of dairy, and of the entire food ecosystem, is in connected technologies that allow farms to demonstrate the conditions in which they produce food, that animals were provided optimal care, as well as an environment that encouraged health, comfort and wellness,” said VES-Artex CEO Ed Paradowski.

During the merger announcement, both companies emphasized the importance technology will play in proving to consumers the dairy industry’s advancements in animal welfare and sustainability. The company hopes to be a leader in technology for the “back of the barn.”

“The front of the barn is saturated with technology. People are investing dramatically in robotics and automation and capital equipment to bring efficiencies, to scale and to remove the labor requirement from the front of the dairy. The back of the dairy seems still fairly immature,” Paradowski said about opportunities for technology advancements in cattle barn environments.

Co-op to use satellite technology to improve grazing

Organic Valley is launching a pilot program this year that uses satellite photography to measure pasture health on its dairy farms, providing its farmers with near real-time feedback every week.

Satellite imagery will be used to assist farmers who are using intensive rotational grazing. The co-op expects farmers will be able to capture a 20% increase in pasture utilization through the use of the technology. The co-op’s farmers manage more than 189,000 acres of pastureland.

The company that won a gold medal innovation award last year for its “cow toilet” recently announced another new invention. Hanskamp’s new bedding cleaner can pick up and separate cow patties deposited in light bedding material, such as grain hulls, flax or coarse sand. The PTO-driven implement picks up cow patties from the ground, screens out the solids and brushes the bedding surface smooth as it passes.

In the company’s demo video, the unit is used to clean bedding in a free-range barn – basically a shallow-bedded pack. The farmer who has tested the equipment in his facility says the barn, which has no concrete surfaces cows must walk on, has seen hoof health and environmental benefits. European farmers are looking for innovations, such as this one, that keep cow urine and manure separate. Doing so avoids the creation of ammonia, an emission with increasing regulatory scrutiny in the EU.

Heat stress research published in the Journal of Dairy Science by Mississippi State University recently identified three cow behavior features that computer vision could perhaps look for to preemptively predict heat stress in cattle. The researchers determined that drooling, respiratory rates and decreases in DMI are the features that drive heat stress. Their work aimed to build a machine learning model that could ingest and analyze data about these behaviors and help non-human monitors of such behaviors observe changes and then predict the early onset of heat stress. The authors claim, “The findings from this study provide a new tool to assess heat stress in dairy cows.”

A new webinar series about robotic milking hosted by University of Minnesota Extension launched in January. Each episode will feature a dairy producer who is milking with robots. Future episodes in the webinar series will be held at 11:30 a.m. Central U.S. time (5:30 p.m. GMT) every third Thursday of the month. 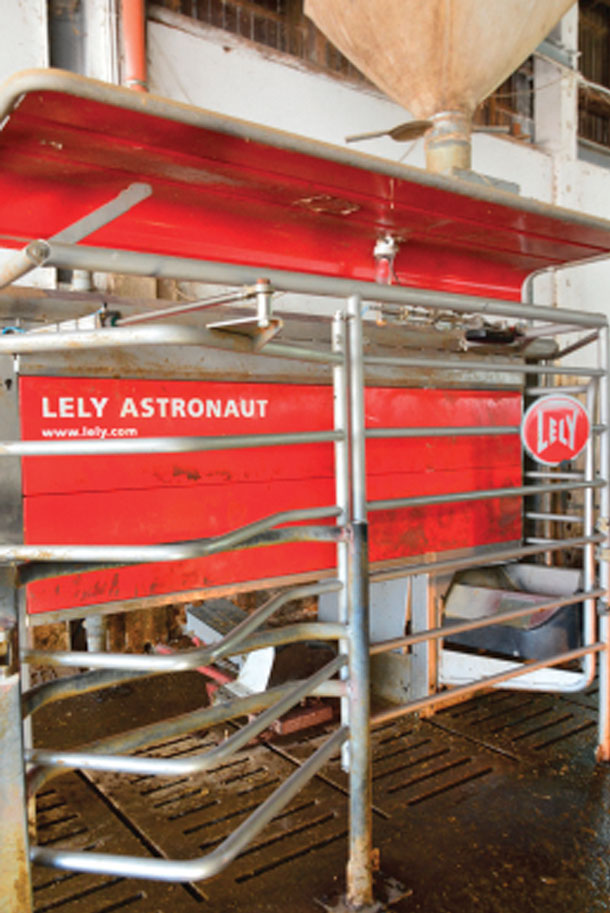 Researchers in Germany recently tried giving Holstein heifers access to a dummy or “phantom robot” box for four weeks prior to calving. The heifers were enticed to enter the robot to consume grain, just like they would receive if using a live milking robot. Researchers found that when these “trained” heifers freshened, they made a “significantly higher number of milking visits, leading to the conclusion that they were familiar with the [automated milking system].”

DeLaval recently announced a new update to its research barn in Sweden. Lars Johansson, senior vice president of corporate communications for DeLaval, says the research dairy’s cows are not all milked robotically. However, the current research farm has just about every milking system the company offers, including box milking robots, a conventional parlor and the company’s automated milking rotary. 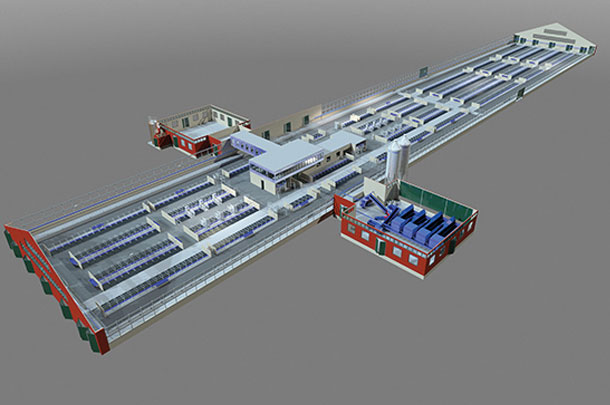 “Having different systems provides the benefit of knowing how the market works,” Johansson said.

However, the benefit of the new farm will be the ability to mirror the way commercial operations are operating with milking robots around the world. The new farm will more than double the size of the milking herd from 260 to 550 cows.

“It helps a lot to have a bigger farm with more cows to see how technology plays out when you go to the biggest segments with our customers,” Johansson said.

The farm will also be built to better showcase technology to visitors – those visiting both in-person as well as virtually. Johansson said the company’s recent installation of robots at Fair Oaks Farms’ new robotic milking barn in part inspired the new design for its own visitor-friendly facility. Fair Oaks Farms’ robot milking barn also has an observation overlook.

Use of a rotary parlor increases the likelihood of technology adoption

Recent research from New Zealand published in the Journal of Dairy Science found that dairy farmers using a rotary milking parlor were at least 300% more likely to adopt labor-saving and data capture technology than those using a herringbone parlor. The research followed up on advancements by Kiwi dairy farmers during the last decade.

The types of technology adoption the researchers looked at included animal sensors and milking-related technologies, such as automated cluster removal.

Since rotary parlors are replaced about every 25 years, the researchers found the adoption of technology tends to come in chunks, for example when a farm expands or when a renovation occurs.

The researchers concluded: “These data may indicate occurrence of two trajectories to technology investment on farms, where larger farms are able to take advantage of technology opportunities, but smaller farms are constrained by factors such as lack of economies of scale, limited capital to invest and inability to retrofit into aging parlor infrastructure.”

During the Virtual Animal AgTech Innovation Summit held March 8, more than 350-plus of the world’s leading animal health and nutrition businesses, livestock producers, start-ups and investors discussed how to accelerate innovation in animal welfare, sustainability and farm-to-fork solutions.

Here’s some emerging cow technologies that presented and participated in this year’s event:

PHOTO 2: Dummy robotic milking boxes that have no robotic arms and only grain feeders help condition heifers to robotic milking before they freshen, new research published in the Journal of Dairy Science finds.