Feedlots also have a higher proportion of cattle-on-feed over 150 days, and the narrowing of the Choice-Select spread may also be providing incentives to bring additional cattle to market. Based on the NASS Livestock Slaughter report for October, the pace of cow slaughter, particularly beef cows, was well above year-earlier levels. The price for live cutter cows for the week ending Dec. 6 was $53.76 per hundredweight, more than 16% above year-earlier levels. This, coupled with tight forage supplies for some producers, is likely encouraging a higher culling rate. 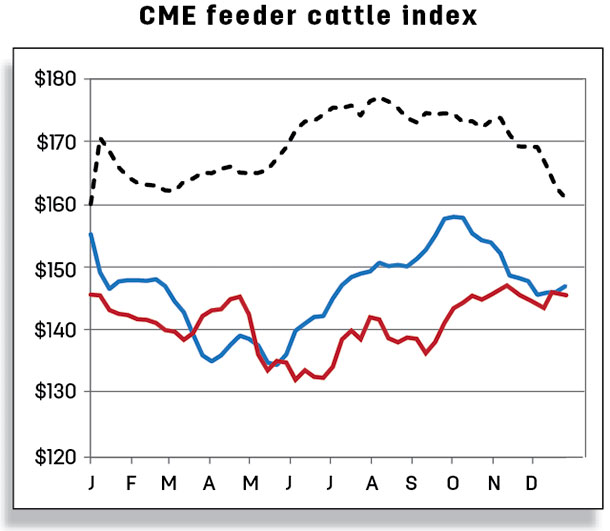 The forecast for 2020 beef production was lowered by 35 million pounds from the previous month to 27.5 billion pounds based on the expectation of slightly lower fed cattle and cow slaughter in early 2020. Lower expected placements in late 2019 will likely result in slightly fewer cattle marketings during the first half of 2020. Increased slaughter of cows in late 2019 will likely tighten supplies of cows for culling in first-half 2020. 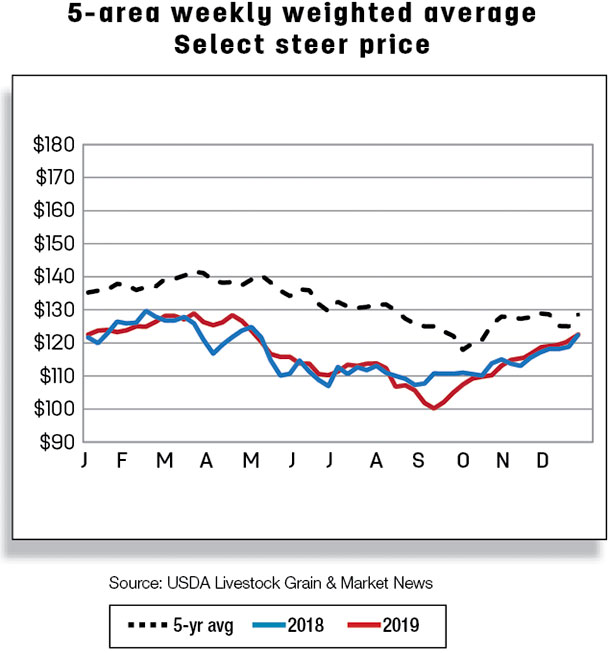 Despite wholesale prices declining from abnormally high levels in mid-November, packers continue to pay higher prices to bid cattle out of the feedlots. The price forecast for fourth-quarter 2019 was raised by $2 to $114 per cwt. That price strength was carried into 2020. The 2020 annual price forecast for fed steers was raised by $1 at $117 per cwt, with prices in the first two quarters raised to $122 per cwt and $118 per cwt, respectively.

Beef imports up in October 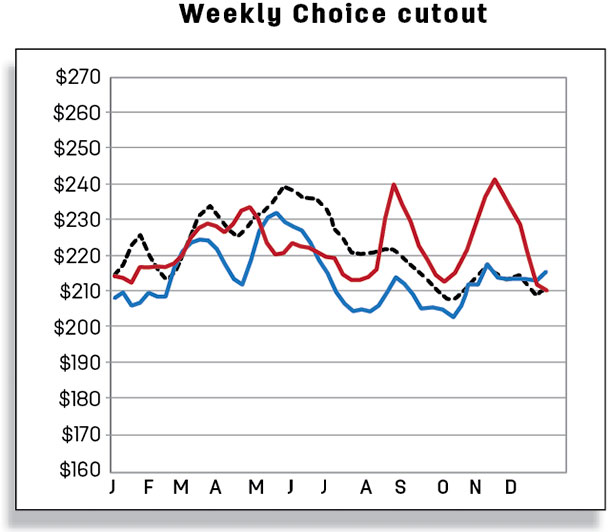 The increase in beef imports during fourth-quarter 2019 and first-quarter 2020 reflects continued strength in demand for lean beef used in processing.

Beef exports down on lower shipments to major destinations

Conversely, U.S. beef exports were up year-over-year for select smaller Asian markets such as Indonesia (+30%), China (+56%), Singapore (+140%) and the Philippines (+9%). U.S. wholesale beef prices increased sharply in October, which may have reduced demand for U.S. beef in a number of markets. U.S. beef exports have not been less than 250 million pounds since the beginning of the second quarter.