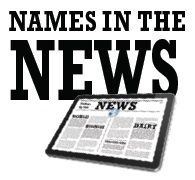 Marty DeHoog
Seward, Nebraska
KCUR radio in Kansas City, Missouri, explained why some dairies have relocated from California to the Midwest. The piece featured Marty DeHoog, a third-generation dairyman from California’s Chino Valley who recently relocated his farm to eastern Nebraska due to California’s increased urbanization. DeHoog is currently renting a dairy in Seward, Nebraska. He hopes to build a new farm eventually.

The Millers sell milk to Wawa and Land O’Lakes, but they say it was the cheeses that helped save their farm. The article reads: “About nine years ago, declining milk prices and rising costs had Miller and her husband, Ken, worried they might lose the small farm they hoped one day to pass on to their two sons. Like other small dairy operators across the country, the first-generation farmers decided they needed to innovate to survive.”