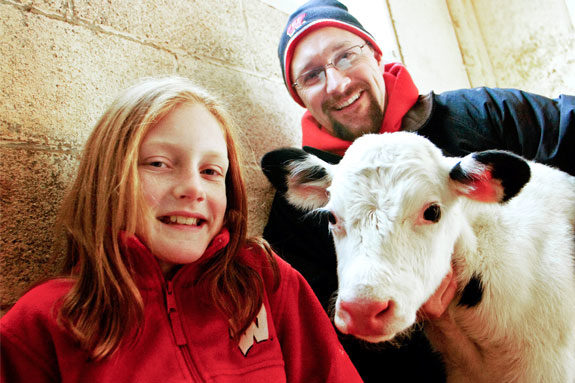 “As I thought about which calf to donate, I knew it had to be one from our Toyane family. It’s the cow family that our family is most known for,” says Mitch Breunig, whose herd has a rolling herd average of almost 30,000 pounds. “We’ve been very successful with this cow family, and it allowed me the opportunity to have one available [to donate].

“There is a huge need right now for education for the public on the positive things that happen in our industry, and the foundation supports events that educate producers and consumers.”

Breunig was approached about participating in the auction about two years ago, and though he was interested, it didn’t come together. Then this past year he was again asked, and he offered to donate one of his top calves. The donation was a tribute to Breunig’s late father, Louis, who started the family farm in 1961. Louis passed away last summer.

“You want to keep the memories alive,” says Breunig about his decision to donate the calf in his father’s name. “Part of it is what some call, ‘Pay it forward.’ Others have helped you, and so it’s kind of a way to push it ahead to someone else.”

When he was choosing a calf, he says he thought it needed to be a calf that would bring in a substantial amount, so it would really help the foundation.

“Since this calf’s genetics include Toystory, which has sold over a million units of semen, she should do the trick,” he thought. And his dairy has earned a BAA rating of 105.2, which ranks seventh in the U.S. for herds over 300 cows. 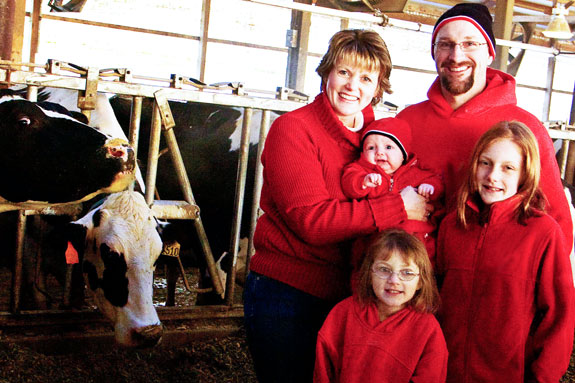 In an effort to continue paying it forward, Breunig also coaches a 4-H dairy judging team and has for more than 10 years. In 2001, the team he coached won the national championship. He says that some of the students are coming back to help.

“We get them a good start, and then they come back and teach us,” Breunig says. “They’re better than we ever thought about being.”

Breunig likes to learn from his peers, too, which has made his involvement with PDPW and the PDPF rewarding. He says it’s hard to go away from the programs they put on without learning something. Whether it’s from the presenters or other attendees that are looking for ways to improve their operation, Breunig says he always learns something new that will help his operation.

And last of all, Mitch says he is proud to dairy because “it gives you an opportunity to produce food for the world. You get the opportunity to work with animals and work outdoors. You do the right thing for animal welfare, you do the right thing for the environment and at the end of the day it just makes you feel good because you did it for yourself and your family.” PD

R U Proud like the Breunig family?
Join the herd at www.proudtodairy.com .