Reviewing the USDA preliminary estimates for March 2021 compared to March 2020:

Compared to a year earlier (Table 1), March cow numbers were reported higher in 13 states and lower in 10 states, with New York again unchanged. 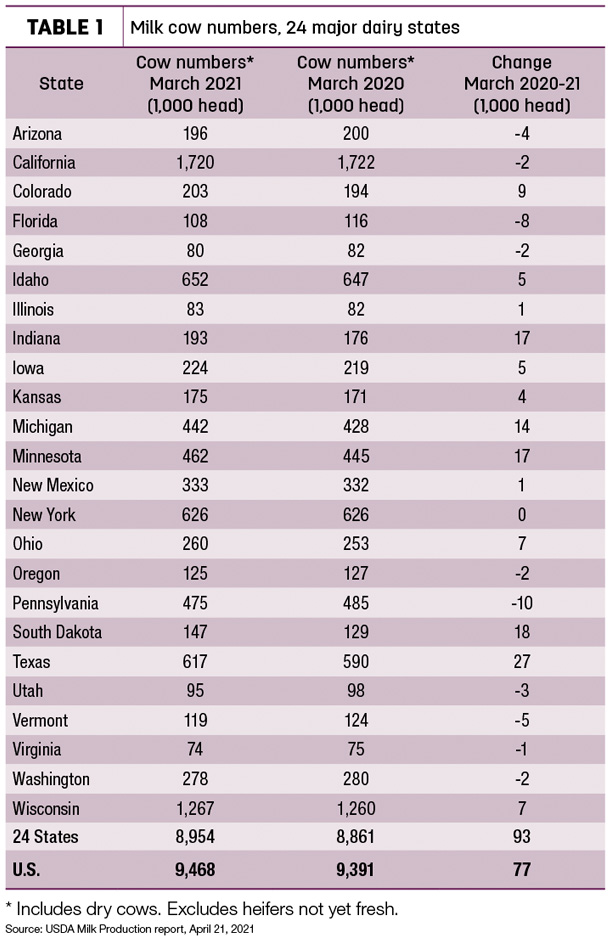 Texas led all states in growth in cow numbers, up 27,000 head from the year before and 2,000 more than February. South Dakota also exhibited substantial growth, up 18,000 head year-over-year and up 4,000 since February. The combined year-over-year growth in Texas, South Dakota, Indiana, Minnesota, Michigan and Colorado totaled 102,000 head. Pennsylvania, Florida and Vermont showed the biggest drop from a year earlier, down a combined 23,000 head.

Week dairy cull cow slaughter in 2021 continues to run on pace with rates a year earlier. Through April 3, slaughter under federal inspection was estimated at 917,100 head, just 500 head more than the corresponding period a year earlier. 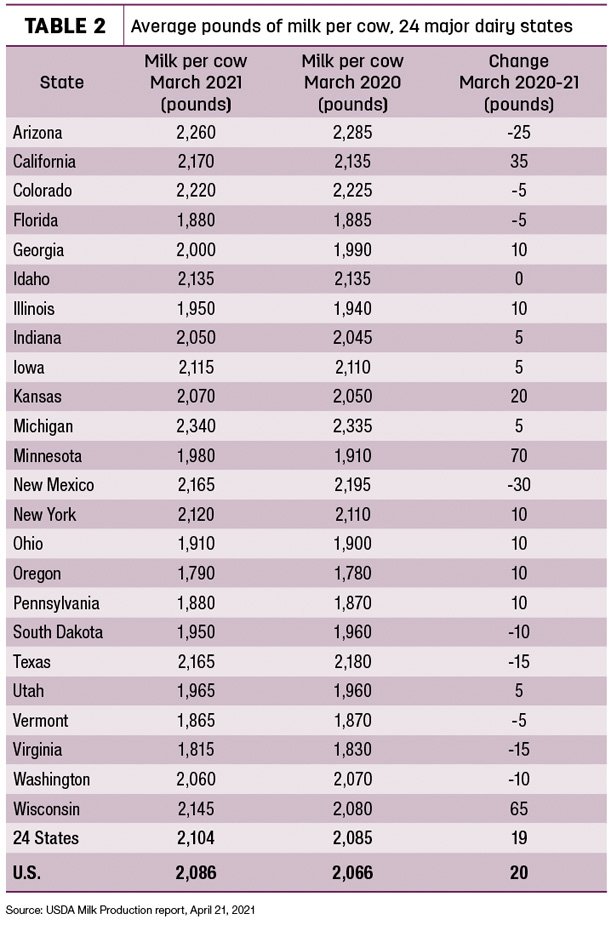 With higher output per cow, Wisconsin and Minnesota led all states in year-over-year milk production growth on a volume basis in March. Combined with growth in California and Texas, the four states increased output about 268 million pounds. Production in Florida, Pennsylvania, Arizona and Vermont was down a combined 54 million pounds.

On a percentage basis, March 2021 output in South Dakota was up more than 13% from a year earlier, with Indiana up 10%. Florida (-7%) again led decliners.