Laura Holtzinger
Part of being successful in any industry is the ability to adjust to market trends and pressure, and to embrace change.
Laura Holtzinger

At the 2019 Pennsylvania Dairy Summit in Lancaster, lifelong dairyman John Brubaker of Knott Run Dairy spoke of his family’s move to Buhl, Idaho, nearly 30 years ago. He discussed differences and details in methods, climate, management, and market and checkoff structure.

John was the third generation on his family farm in Lancaster County, Pennsylvania. The Brubakers raised their own feed and milked 70 to 75 cows in a tiestall barn. He was named a Pennsylvania Master Farmer in 1988 and always had a passion for high-quality cattle.

In the 1980s, during a tough period for Pennsylvania’s dairies, producers were moving west. John, who said he has “always been a futurist,” and wife, Barb, were contemplating their family’s future. They visited Idaho and “fell in love” with it. After several years of deciding and planning, they determined the move was the right choice for them.

After 27 years, they continue to rave about Idaho and their life there. 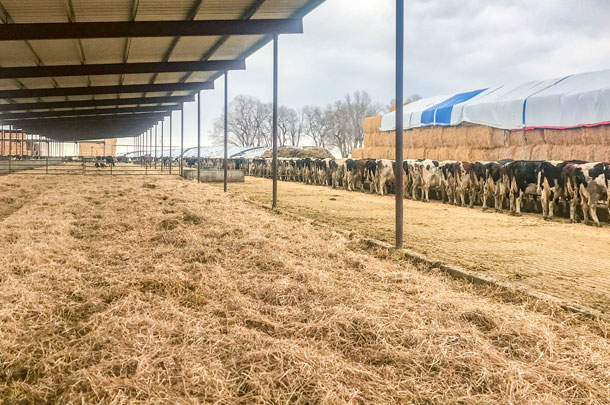 What was the draw to Idaho?

The Idaho milk market was fairly unregulated, with very little permitting at all – “kind of like the Wild West,” John said.

He shared, “Dairymen in Idaho do not [crop] farm. When we moved there, producers bought all of their feed. Dairymen have since bought farmland because we need it for nutrient management plans, but the crop farming is still done by custom farmers. This is because many of the dairymen have moved in from California. They figure their expertise is cattle, and somebody else’s expertise is farming.”

These producers had moved to Idaho after being pushed out of California by regulations and development. They could sell for a higher price in California and buy cheaper in Idaho.

The cattle are outside 365 days a year – it helps that an average of 300 of these days are sunny. The cattle live in dry lots and are bedded with compost in the summertime and straw in the winter.

“Every morning, we lay the feed out and lock the cows in the headlocks to eat,” he said. “That’s when we inspect the tail chalk for signs of heat – we visually check every cow, every morning.”

John’s mature herd consists of about 350 milking and 50 dry cows. The cows are milked in a double-eight herringbone parlor. They built the facility with expansion in mind.

“It can be turned into a double-16 parallel,” he said. “All we’d have to do is change equipment, not the structure.” Their permit allows them the freedom to expand to 800 cows.

John and Barb live on the farm with the milk cows. The 350 heifers are at facilities 1 mile away. The heifers had to be relocated due to permit numbers. The Brubakers own the farm ground in between, and 750 acres total. Land is on a grid system, a mile-square each way, 640 acres in a section.

John and Barb have four children, two daughters and two sons. All four are married, and there are nine grandchildren among them. Of the four children, the two sons, Mike and Eric, are involved with the farm. Mike is a cow man, and Eric is the mechanic and field work professional. 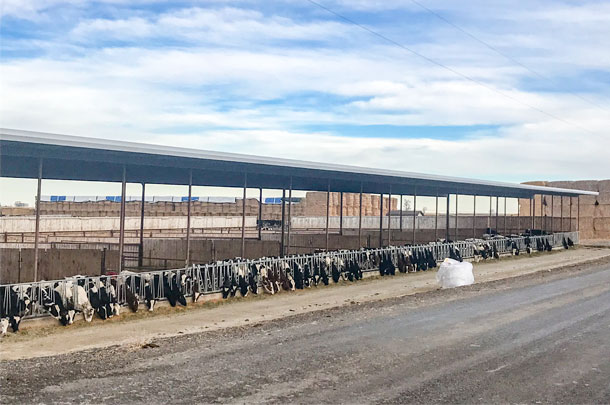 Idaho has strict nutrient management plans and policies, John said. All irrigation water goes into the Snake River, similar to the relationship with the Chesapeake Bay in Pennsylvania.

Idaho has a very dry climate and 8.0 pH soil. Significant irrigation and sulfur fertilizer are utilized. There is very little no-till done.

Idaho has drastically less precipitation than Pennsylvania. In fact, there’s only an annual average of 9 inches, including snow melt.

Their crops include corn for silage, hay – specifically alfalfa and orchardgrass – and wheat for straw and cash crop. They usually harvest five cuttings of hay annually.

The Brubakers own all their own tillage, planting and hay equipment. All harvesting and manure hauling are custom. John’s neighbors have four choppers, so it’s simple to have it custom done. Trucks spread the manure in the fall.

How can this dairy size thrive?

“Any dairy size can thrive,” Barb said. “It’s about knowing your goals and being responsible with your debt load.”

“For small dairies, it helps to have a niche market, whether it’s genetics or processing your own products or diversification. It’s about getting better with whatever your priority is,” John said.

Where does he see the size of his farm in the future?

John said he hadn’t expanded in the past because he’s “a cow man” and felt more comfortable keeping a consistent number of good cattle.

With his sons involved, he said, “I think we will grow, along with our management skills. We have taken steps using technology to really help us. We just started using the Cow Manager program from Select Sires. We’re paying to track rumination and activity monitoring, which helps improve management and overall herd health.”

He said he understands that change is inevitable, so it’s important to consider opportunities and what’s best for the family, operation and bottom line.

“It all comes back to knowing ourselves,” he said.

The Brubakers plan to retire within five years and remain in Idaho, while watching their sons take over the farm. Barb said they “feel blessed that we have another generation that wants to carry it on.” 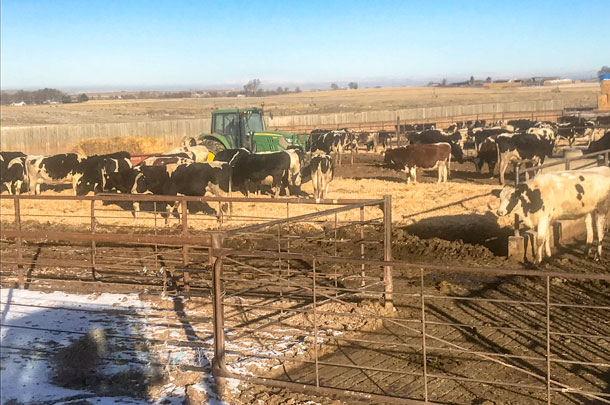 The Brubakers ship to Glanbia Nutritionals, an Irish manufacturer that moved into the Twin Falls area about the same time the Brubakers did. They also supply some milk to Cloverleaf Creamery, a small local creamery owned by another south-central Pennsylvania native, Bill Stoltzfus.

John described how Utah and Idaho’s dairy industries have a close relationship. When Idaho farmers saw that Utah was also losing farms, they asked themselves what they could do to help.

In 2017, they reacted by creating Dairy West, a checkoff-funded nonprofit that supports Idaho and Utah dairy farmers through agvocacy, education and promotional services.

Dairy West continues the promotional and marketing work of United Dairymen of Idaho, while also partnering with the Dairy Council of Utah/Nevada. This allows the dairy producers to take advantage of each other’s resources – Idaho’s dairy funding and Utah and Nevada’s populace.

John is vice president of the group. He is also active in other industry groups, including U.S. Dairy Export Council (USDEC).

His involvement and enthusiasm for exports has opened many doors, including a trade mission to Southeast Asia with three other dairy producers after USDEC had made videos about their dairies.

He said that when he was in Singapore, the hub of Southeast Asian imports, it “was mind-boggling. Cheese and protein buyers would approach me [after seeing the video] and say, ‘Can we get the milk from your farm?’”

John said they had no prior knowledge of family farms, the interest of young farmers (such as through FFA) or other realities of our industry.

He said seeing how much farmers care about the cattle and cow comfort made the products more attractive to the buyers. Explaining and personalizing farms that way also helped to bridge cultural differences. Creating connections like these with consumers is valuable, he said.

“We have a great opportunity to share our story,” John said. “It’s important that we be more transparent so that people know where their dairy products come from.”

Laura Holtzinger is a freelance writer in Copake Falls, New York. She is also a co-owner of Linehan Jerseys.

PHOTO 2: The lots are bedded with straw under the shades in the winter, and stacks of straw bales are used as windbreaks when needed.

PHOTO 3: The heifers eat a TMR of orchardgrass, alfalfa and corn silage.