Dave Natzke
Even though the 2018 Farm Bill provided dairy safety net program changes for the next five years, Congress will debate issues directly impacting dairy farmers. Immigration, trade and environmental policies are chief among those, and grassroots efforts are already underway to reform other dairy policies. The New Green Deal looms.
Dave Natzke

The 116th Congress features 100 new members of the House: Democrats now have a 235-197 majority, with three vacancies as of February 2019. In the Senate, Republicans expanded their majority to 53-47.

Progressive Dairyman provides the names of House and Senate committees and subcommittees and their members with oversight on issues directly impacting dairy in the 116th Congress.

Senate: U.S. Sen. Pat Roberts (R-Kansas), will again chair the U.S. Senate Committee on Agriculture, Nutrition and Forestry. Roberts, 82, has worked on eight farm bills. He’s the only lawmaker to chair both the House and Senate Ag Committees. Roberts won’t seek re-election in 2020. Sen. Debbie Stabenow (D-Michigan) remains the top Democrat on the committee and continues serving as the ranking member.

There are 11 Republicans on his committee, but the Democratic roster shrunk by one seat and is down to nine. Both the Republicans and the Democrats have added one new senator to the Agriculture Committee’s ranks: Sen. Mike Braun (R-Indiana) and Sen. Richard Durbin (D-Illinois).

Much of the work in 2019 will focus on working with the USDA to implement the 2018 Farm Bill, including the Dairy Margin Coverage Program (DMC). The Senate Agriculture Committee is expected to play a key role in the upcoming reauthorization of the Child Nutrition Act.

House: With the new Democratic majority, Rep. Collin Peterson (D-Minnesota) is chair of the House Agriculture Committee, replacing Rep. Mike Conaway (R-Texas), who will now serve as the ranking member.

There are 26 Democrats on the committee, including about a dozen newcomers; there are only three new Republican members.

California has the most representation on the committee with six members; five states have three members on the committee: Florida, Georgia, Illinois, Minnesota and New York. Rep. Jim Costa (D-California) chairs the subcommittee on livestock and foreign agriculture.

Probably of most importance to dairy is the Subcommittee on Border Security and Immigration, which oversees immigration, citizenship and refugee laws. There are nine Republicans, led by subcommittee chair Sen. John Cornyn (R-Texas), and eight Democrats, led by ranking member Sen. Dick Durbin (D-Illinois).

The Subcommittee on Immigration and Citizenship has jurisdiction over immigration and naturalization, border security, admission of refugees, treaties, conventions and international agreements. The nine Democrats on that subcommittee are led by Rep. Zoe Lofgren (D-California), chair; and Rep. Pramila Jayapal (D-Washington), vice-chair. The six Republicans are led by Rep. Ken Buck (R-Colorado), ranking member.

Committees with primary oversight on trade include the Senate Finance Committee and the House Ways and Means Committee.

Oversight on trade issues rests with the Subcommittee on International Trade, Customs, and Global Competitiveness. It has 11 Republicans and nine Democrats. Chair of the subcommittee is Sen. John Coryn (R-Texas); ranking member is Sen. Robert Casey (D-Pennsylvania).

The Subcommittee on Trade is responsible for matters related to international trade, including customs, tariffs, the negotiation and implementation of reciprocal trade agreements, and international trade rules and organizations. It has 11 Democrats and seven Republicans. Chair of that subcommittee is Rep. Earl Blumenauer (D-Oregon); ranking member is Rep. Vern Buchanan (R-Florida).

* Chairs and ranking members of House and Senate committees are ex-officio members of all subcommittees. 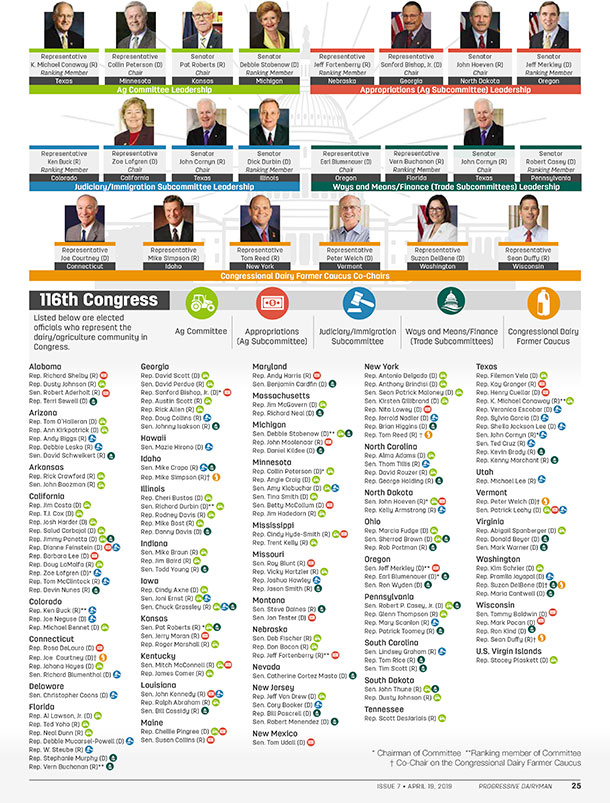