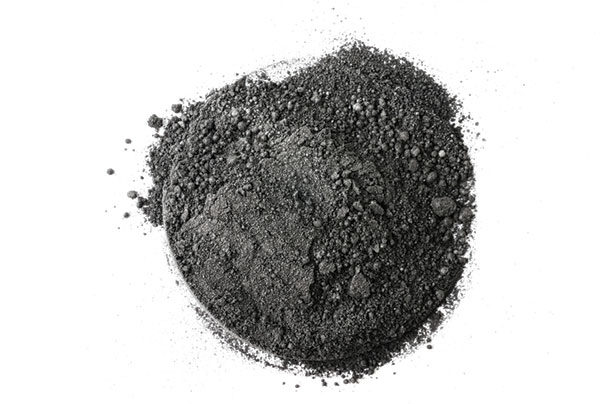 Martha Hoffman Kerestes
Biochar is an emerging tool for both waste management and soil improvement with a variety of applications, particularly in the dairy industry. A webinar from Texas A&M AgriLife Extension detailed current knowledge and functions of the substance and ongoing research.
Martha Kerestes
Martha Hoffman Kerestes is a freelance writer based in Illinois.

Biochar can be made from a variety of substances, including manure, grass, hay, crop residue, wood and biosolids from wastewater treatment plants. The production process is called pyrolysis. For agronomic uses, the source material is heated to 572ºF to 662ºF for half an hour to two hours in a low-oxygen environment.

Kan said experiments are done with a small lab-scale biochar reactor in addition to a commercial-sized reactor. The large unit can produce several tons of biochar per day.

The process also produces bio-oil similar to crude oil that can be converted into diesel, and syngas which is used to support the biochar production process.

Biochar can be used in a variety of ways. First off, it can be used to purify biogas so it can be used as fuel. It can also be added to an anaerobic digester used to produce biofuel, where according to Kan’s research, it increases fuel production by 30% to 60% and reduces batch time by 33%.

In water and wastewater treatment, activated biochar can be used like activated charcoal to absorb contaminants like heavy metals, pesticides and pathogens, and recover nutrients. Biochar that has captured phosphorus can be used as crop fertilizer. Kan estimated that if every dairy in the U.S. utilized biochar to capture wastewater phosphorus, it would be worth $35 million per year in reduced fertilizer costs. There are also opportunities to use biochar in recycling dairy wastewater, among other emerging uses for the substance.

Biochar applications to soil have a wide-ranging impact, and researchers are far from having all the answers. Muir focused on the current knowledge of biochar’s use as a soil amendment, particularly in grazing areas like western Texas with sandier soils and limited rainfall, presenting his own work as well as some research done by his partner Paul de Laune, soil ecologist with Texas A&M AgriLife Research.

Muir said biochar applications are a long-term investment, benefiting soils for hundreds of years. It can help make grazing systems and fertilizer use more efficient.

Kan has done greenhouse research of plant growth, and bermudagrass grew better when more biochar was added to the pot. Both standard biochar and biochar with filtered nutrients from dairy wastewater were used in the study.

Applying it with inorganic nitrogen has improved corn yield and nitrogen use in poor sandy soils, but not in silty clay loam soils from current research.

“The effectiveness of biochar is dependent on soil texture,” Muir said. “If you have a sandy soil, biochar is a good thing. If you have a high-clay or high-organic soil like bottomlands somewhere, then perhaps biochar isn’t necessarily for you.”

The reason for this is: Clay and humus particles hold nutrients well but sand does not, so biochar can hang onto fertilizer in a way a typical sand soil cannot.

Exactly how biochar application will impact soil depends on a number of factors, such as the type (manure, hay, wood, etc.), how fine the biochar is ground, what temperature it was produced at (higher temperatures burn off more nitrogen), how much is applied and whether it is applied to the surface or incorporated.

Biochar can change soil pH and offers an alternative to lime. Because biochar is relatively low in nutrient composition and it holds onto nutrients in the soil to release them over the long term, it shouldn’t be considered as primarily a fertilizer.

Biochar can tie up nutrients, particularly micronutrients, right after application, so he cautioned producers to look at the big picture of where biochar fits into the nutrient program and encouraged soil testing after biochar application to see what short-term deficiencies might exist.

“This is a two-edged sword: If you’re applying biochar to pastures and crop fields without increasing the nutrient application from other sources, you’re going to have a decrease in productivity in the short term,” Muir explained. “In the long term, you’ll have more efficient use of those nutrients.”

When biochar is applied with compost or manure, it reduces runoff by 5% to 50%. Soil erosion is reduced by 11% to 78%. Reduction of nitrogen leaching ranges from 2% to 88%.

Muir encouraged producers to look at the long-term benefits of biochar, particularly as fertilizer costs increase, evaluate the return on investment and assess whether biochar makes economical sense for the operation.

While the research is preliminary, some interesting results are coming from studies about how biochar interacts with the soil life that is integral in the productivity of land.

Olabiyi Obayomi, a post-doctorate student at Texas A&M, is studying the impact of biochar on soil microbes.

In general, when more biochar is added to soil, regardless of type, microbial diversity increases. The studies have compared manure and wood biochar and a 50-50 blend of both. In general, manure produces more diversity, followed by the blend, followed by wood at the lowest increase.

The microbial communities don’t just get larger – they also change in composition with the addition of biochar, with more microbes that thrive in nutrient-rich and higher-pH environments that can metabolize phosphorus, nitrogen and carbon.

Obayomi is interested in the potential of converting some dairy manure to biochar as a waste management tool, as well as to improve the soil and prevent greenhouse gas emissions, among other benefits.

While there is still much to learn, there are already a myriad of ways to incorporate biochar into dairy operations.

A number of studies are in progress, some funded by the USDA and NRCS, that are diving into the variety of uses and impacts of biochar, so more information will be available in the next several years and beyond.

Martha Hoffman Kerestes is a freelance writer based in Illinois.