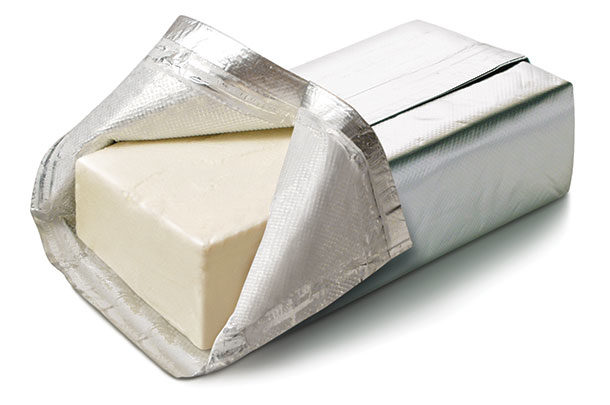 Kelly McCoy
Neufchatel, a cheese you may not know at first glance, is a creamy, soft, white French cheese with a rind similar to what you would find on Brie. One of the oldest cheeses in France, Neufchatel dates to the 6th century in Normandy.
Kelly McCoy

It’s named for a village there, Neufchatel-en-Bray (or “heart of bray”). Perhaps because of its lovely name, or perhaps due to a legend that French dairy maids gave the cheese to English soldier sweethearts during the Hundred Years’ War (1337-1453), the cheese is often seen to this day molded in the shape of a heart.

French Neufchatel is made with raw milk. The American version is done with pasteurized milk, as raw milk cheeses in the U.S. must be aged for at least 60 days.

Neufchatel may not be found easily at the local grocery store. That’s because something patterned after it is already there. In upstate New York, in the 1870s, a farmer and cheesemaker named William Lawrence was attempting to make Neufchatel … and it wasn’t going very well. Whether in frustration or just by accident, he threw some cream into his mixture. He didn’t end up with Neufchatel, but he did get a nice spreadable concoction with a tangy taste that was arguably similar to Neufchatel.

Believing his creation was salable, Lawrence soon started a company, Empire Cheese, and began packaging and shipping his accidental product in nearby Philadelphia, leading him to dub his creation “Philadelphia Cream Cheese.” The brand was bought by Kraft in 1928. And yes – according to the FDA, cream cheese is cheese.

The Italian version of cream cheese, used in tiramisu and other sweet confections from that country, is called mascarpone. Made from pasteurized cows’ milk, it dates back to the 1600s, to the northern Italy region of Lombardy. Sold in tubs, it has much more fat than American cream cheese, which lends it a richer quality and a smoother, softer texture. It can be found in larger American grocery stores, but it will cost more than U.S. cream cheese. Mascarpone can be used in cheesecake, as a frosting for cakes or cupcakes, instead of whipped cream with fruit or in savory applications such as with scrambled eggs, to thicken a soup or in place of cream in many dishes.