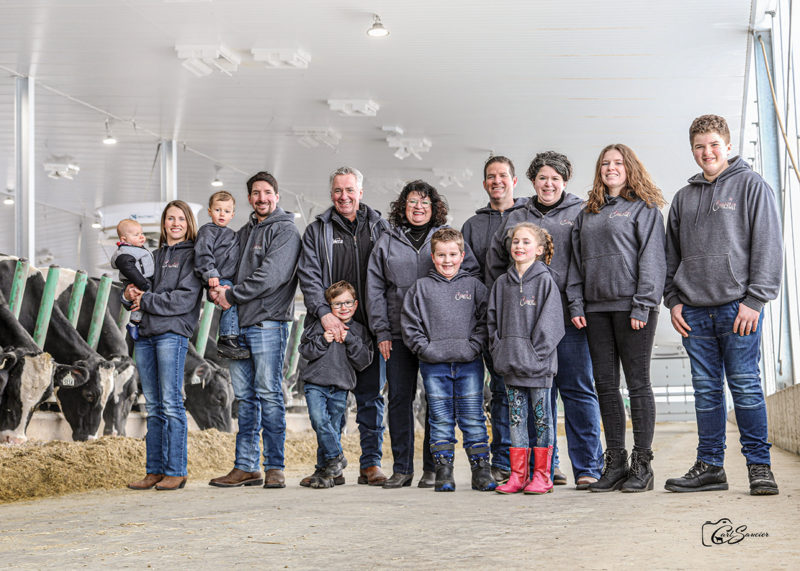 Foresight to the needs of the soon-to-be-of-age third generation of Comtois children involved at Comestar Holstein was a motivating factor in the farm’s decision to opt for a robotic milk system.

World-renowned for their contribution to Holstein genetics, Quebec’s Comestar Holstein continues to uphold their decades-old breeding philosophy as they adjust to the latest milking and cow housing technologies.

What does it take to build a facility fit to house an outstanding herd, recognized for its high-caliber classification around the world? Years of preparation, says Steve Comtois of Victoriaville, Quebec’s Comestar Holstein.

“We visited a number of farms; we had three years of waiting before building in 2020 (following the planning process in 2019) to be sure we were making the right decision,” Steve explains.

Since their parents stepped back from day-to-day farm operations in 2013, Steve, his sister Julie Comtois and her husband, Julien Turmel, have been managing the farm’s 1,049-head herd. They also continue to uphold the farm’s standing as a source of world-class Holstein genetics, an effort led by their parents, Marc and France Comtois, who purchased the farm in 1976.

With two Master Breeder shields and numerous other accolades under their wing, Steve says his family’s genetics and reproduction philosophy has not changed much since the farm’s early days.

“My father has always had the same breeding philosophy, and it’s the same philosophy we maintain to this day, which is logical and balanced breeding. We raise cows with good conformation, as well as with strong milk production. We certainly continue to cross cow lines – and today, these decisions are made individually, animal by animal,” Steve says.

Often when switching milking style from a tiestall barn to an automated milking system (like Comestar Holstein did), farms will adapt their genetic goals to match the new cow environment, but this is not the case for their operation, Steve says. “We pay some attention to teat placement in relation to milking speed, but we maintain that we will not modify our breeding philosophy to accommodate this,” he asserts.

Although their new barn – a 722-foot-long and 143-foot-wide structure big enough to comfortably house their 365-cow milking herd and a pack area for the farm’s dry cows – did not sway the Comtois family’s approach to genetics, it has influenced how they operate. Steve says their new facility makes a big difference on the health of their herd. “It is very, very effective in terms of herd health; it is a big improvement,” he says. “During the build, we really focused on the quality of cow comfort. We went with deep sand bedding and we went with flexible stalls to be sure that we will be able to keep cows in the barn longer. We already see great improvement here.” 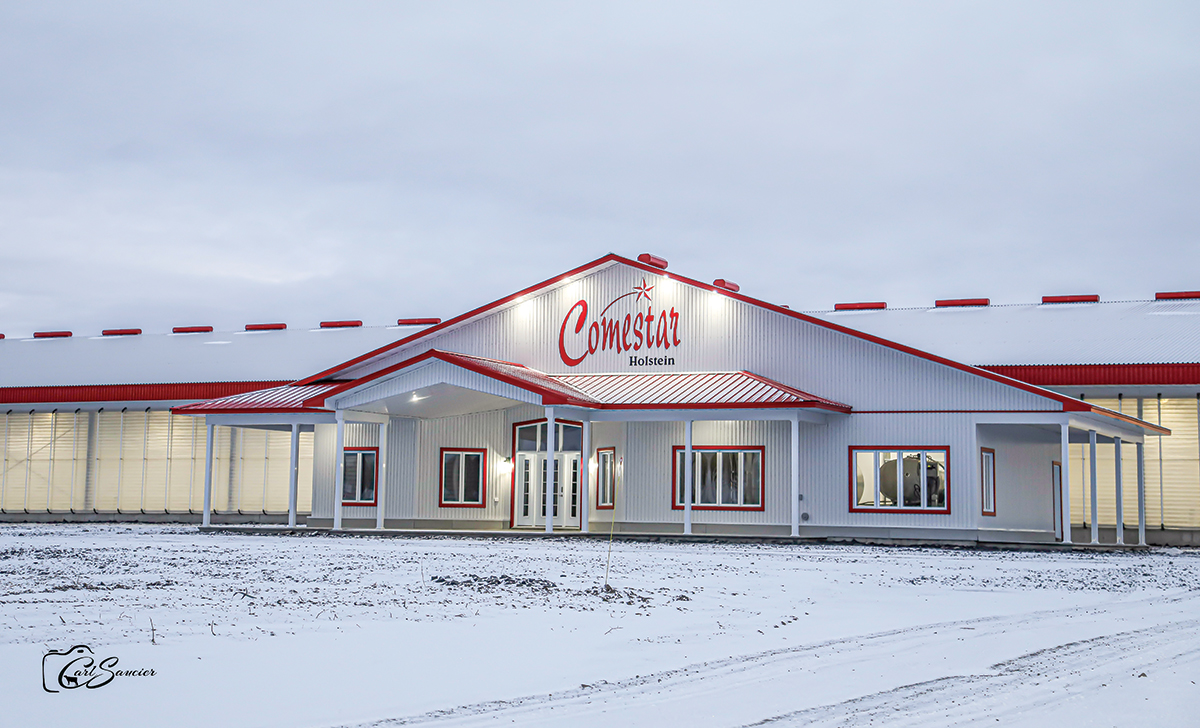 Maximizing cow comfort, anticipating the needs and trends of the future, and labour shortages were weaved into the design and the technology in use at Comestar Holstein’s spacious freestall barn. | Photos provided by Julie Comtois.

New access to more data on their cows has also afforded Comestar Holstein the ability to employ more preventive health measures, ultimately reducing the volume of treatment they administer. Steve says this reduces their veterinarian and drug costs too.

The farm’s reproduction protocols have also improved. They now have the capacity to test and monitor cow progesterone levels to understand each cow’s reproductive status, and can now detect silent heats more accurately.

As part of their reproductive strategy, Comestar Holstein has relied on IVF technology for years because it allows them to achieve their breeding goals faster as animals in their herd can be bred sooner, at a younger age. 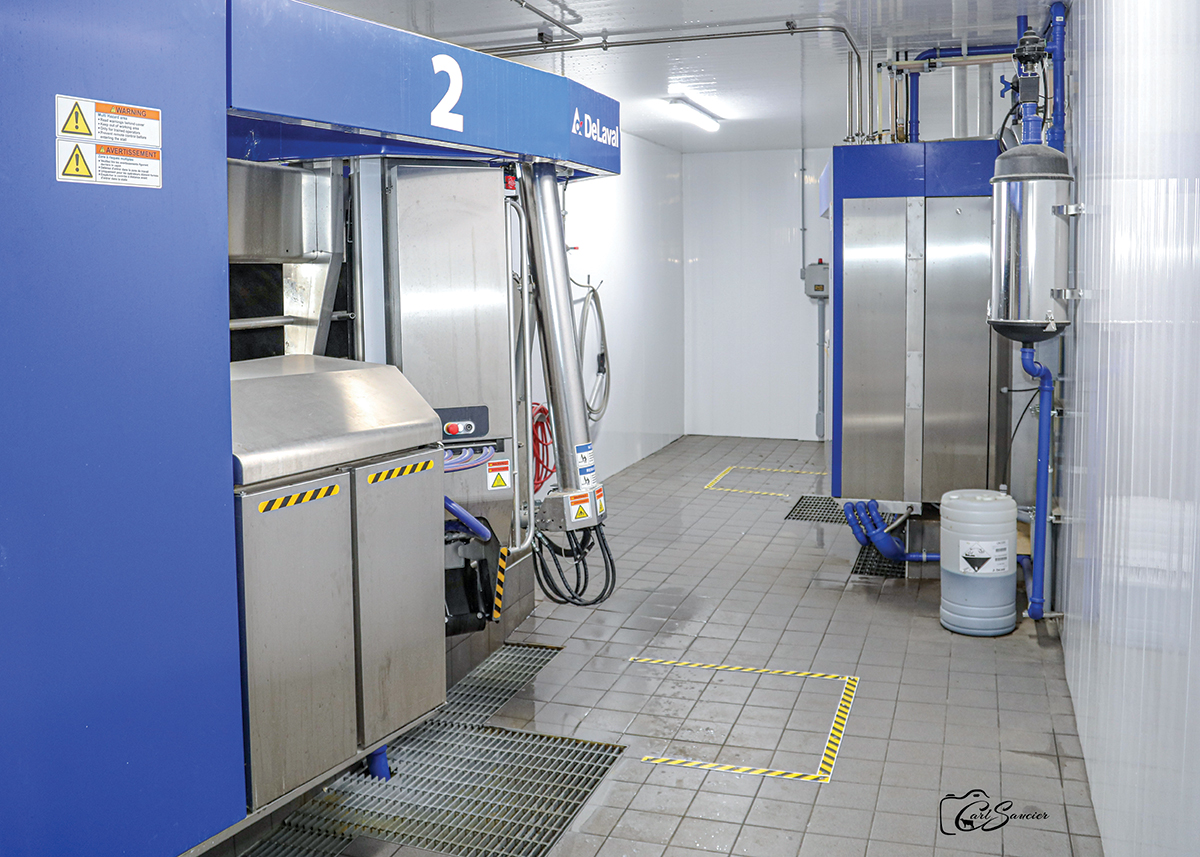 Maximizing cow comfort, anticipating the needs and trends of the future, and labour shortages were weaved into the design and the technology in use at Comestar Holstein’s spacious freestall barn. | Photos provided by Julie Comtois.

For Steve and Julie, the transition to milking robots took them by surprise. The siblings faced a certain level of dread over the transition, recalling horror stories from those who had gone through the transition on their own farms. However, this wasn’t the case for the Comtois family.

Steve and Julie contend that the transition was a smooth as they could have hoped for. On the first day of milking, 150 cows passed through the robots without a single teat being missed. Julie says this feat was achieved by listening to their dealer and robot company, following their expertise to ensure an easy start-up. “It’s their specialty. We didn’t know about robots before this build, so we really listened to all they had to say,” she says. 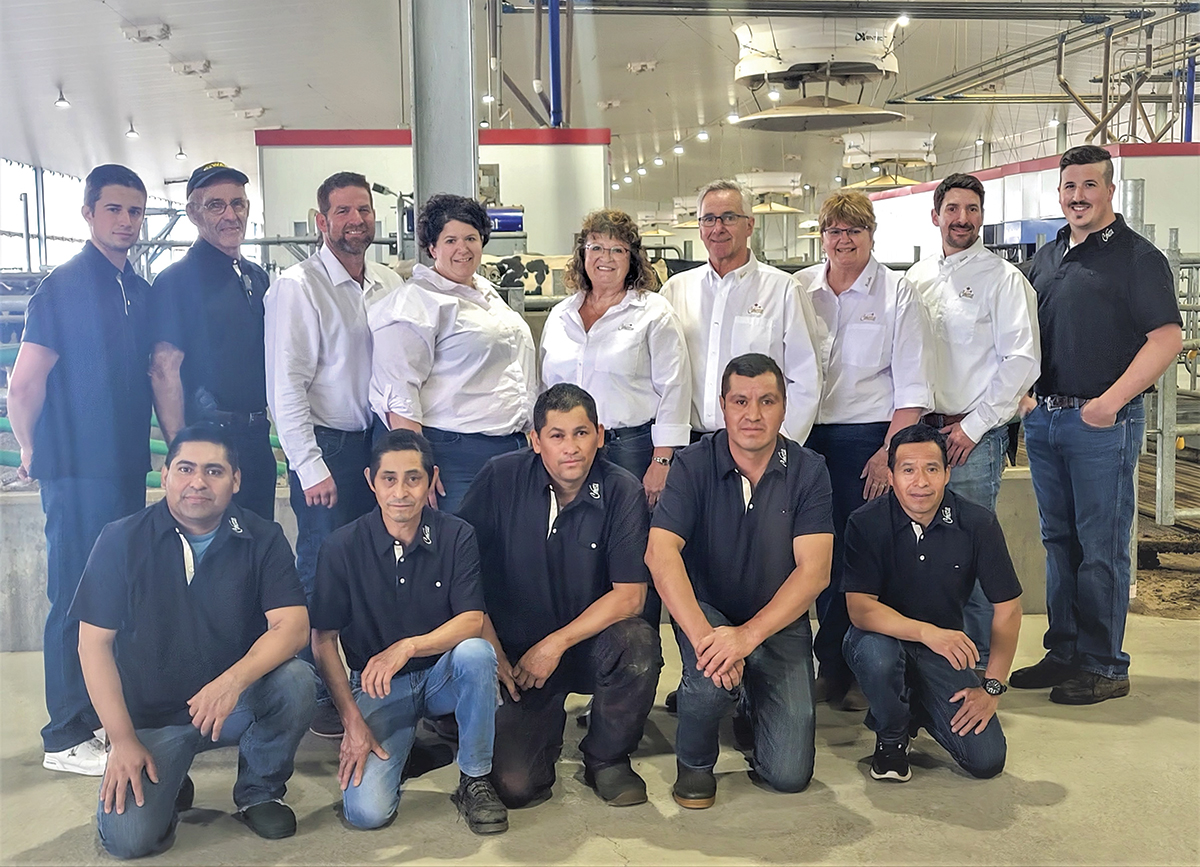 “[Comestar Holstein] were able to adapt to their new system within weeks. There were no issues with management. [With a new facility], you always have to rethink your management, and the Comtois family did that rethinking pretty quick. That’s why they’re really good cow people; they know how to adapt and manage the right way when the situation changes,” says Marc Mimeault, dairy adviser for farm management solutions at DeLaval – of the farm’s straightforward transition.

“They’re really professional. Anything they do is to be able to see high performance in their animals, and it really shows. You wonder how they are where they are right now; when you work with them, you understand,” he adds.

The success of the farm’s transition to robotic milking is also facilitated in part by the guided-flow cow traffic pattern. Steve says the cow traffic pattern was a major decision for the farm once they had settled on an automated milking system. “It always came down to time because there is only one milker there to milk many cows. With guided-flow traffic, we noticed that only cows needing to visit the robot found their way into the robot, which allowed milking time to be somewhat optimized,” he notes.

“One thing we really love about guided-flow traffic is the reduced labour requirements … the work is easier, and the labour demands are considerably lower,” Steve explains, noting reducing on-farm labour requirements was a key motivating factor behind the farm’s switch to robotic milking.

Years of planning paid off

Thankfully, the years of planning, research, consultations and farm tours paid off for Comestar Holstein. Steve says because every detail of their barn was carefully considered before construction, he is totally satisfied with the outcome and the results the farm has already achieved in their new barn. He and Julie now look forward to seeing the farm regain its formidable presence in the show ring and welcome a return to the show circuit with two new bulls Steve thinks are a tour de force.