October 2022 uniform milk prices were mixed (Table 1), moving lower in FMMOs with highest Class I utilization higher. Largest declines in October were in Appalachian 5, Florida 6 and Southeast 7 FMMOs; largest increases were in Upper Midwest 30 and 51 California. Even with those changes, however, the highest uniform price for the month was in Florida 6 at $27.70 per hundredweight (cwt), with the low in the Upper Midwest 30 at $22.03 per cwt. 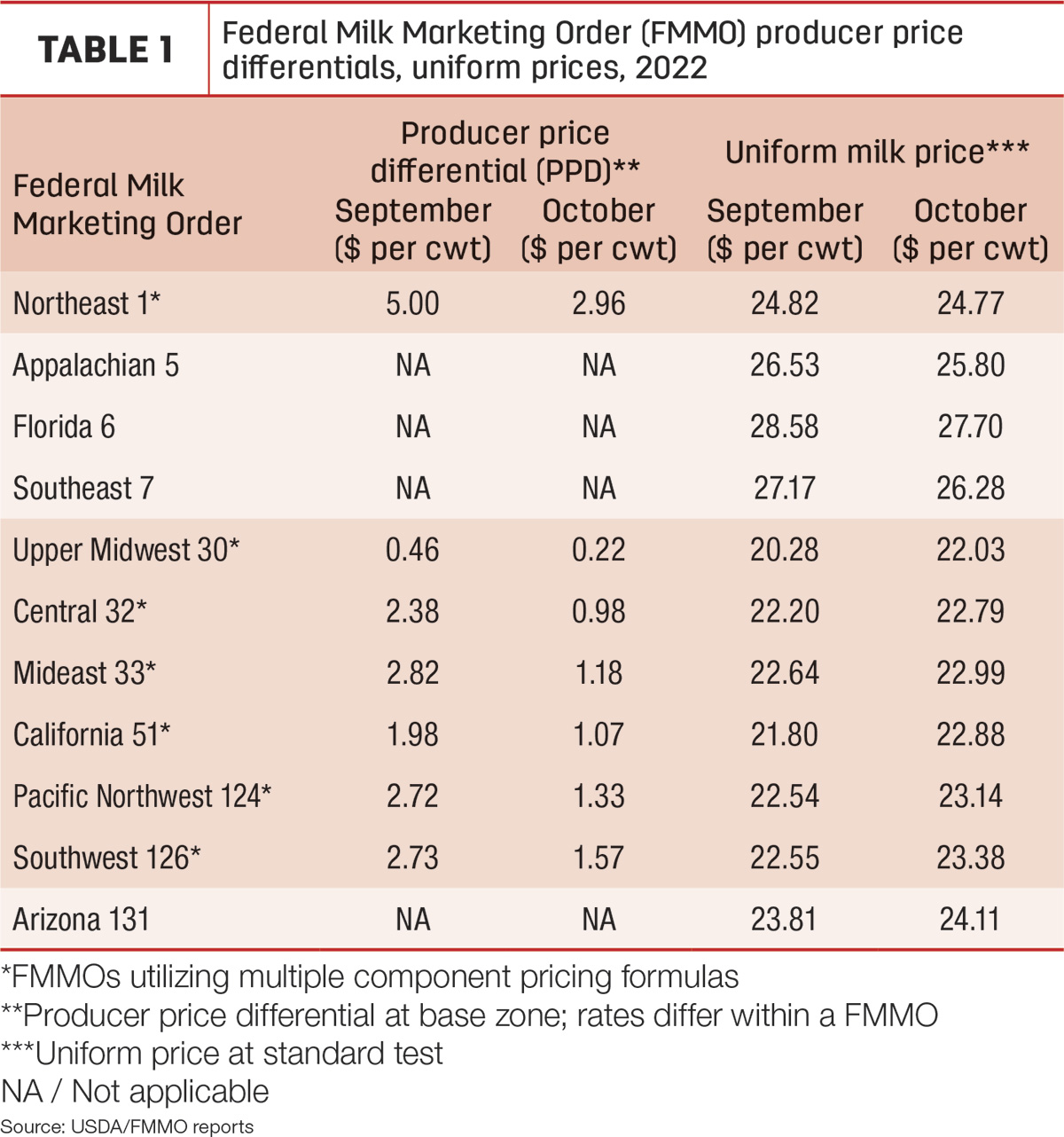 October baseline producer price differentials (PPDs) were again positive but also lower in all applicable FMMOs (Table 1), ranging from a high of $2.96 per cwt in the Northeast 1 to a low of 22 cents in the Upper Midwest 30. PPDs have zone differentials, so actual amounts will vary within each FMMO.

In several FMMOs, with the average-of Class I formula, the Class IV price was also above the Class I price, even with zone differentials added.

Supporting the stronger October Class III and IV milk prices, the value of both butterfat and protein rose from the month before:

Overall milk pooling on all FMMOs in October was up about 543 million pounds from September at 12.96 billion pounds. The USDA releases October milk production estimates on Nov. 21. 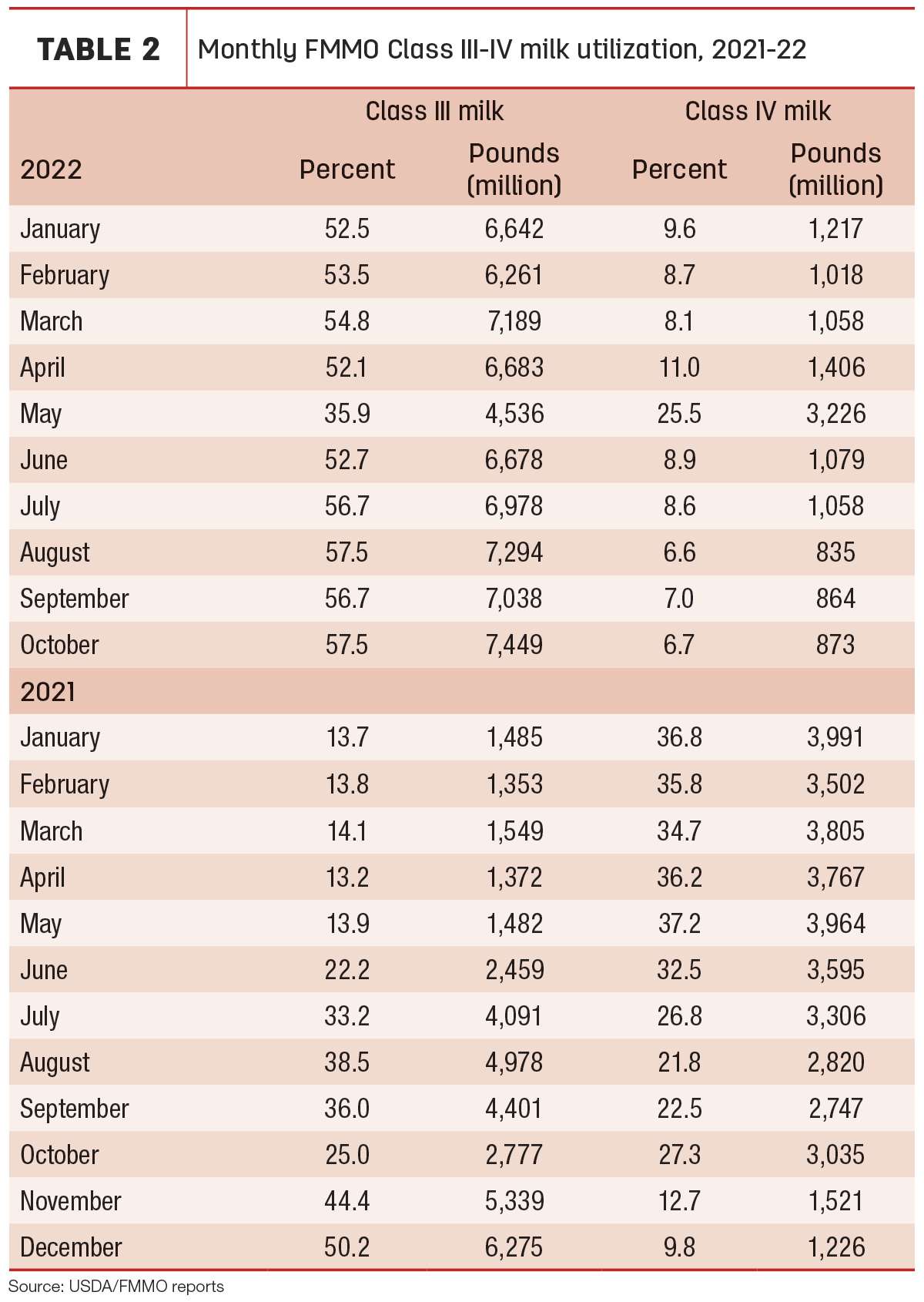 November uniform prices and pooling totals will be announced around Dec. 11-14. The outlook for November prices is again mixed:

The USDA’s monthly World Ag Supply and Demand Estimates (WASDE) report, released Nov. 9, raised the 2022 U.S. milk production estimate from last month’s forecast but left the 2023 production forecast unchanged. Projected prices for both years were reduced slightly. The USDA forecast lower cow inventories but a rise in output per cow for both years.