Dairy farmer Caleb Watson did the ag world proud when he competed in the American Ninja Warrior competition (Atlanta qualifying round) on June 8.

Finishing the course with a time of 1.29.59, Watson finished second in the top 30 competitors that get to move on to the next round.

Watson prepared for the competition by doing everyday chores and using the resources he had available. His introductory video shows him climbing silos and lifting tractor weights on the 260-cow family dairy in Sweetwater, Tennessee. 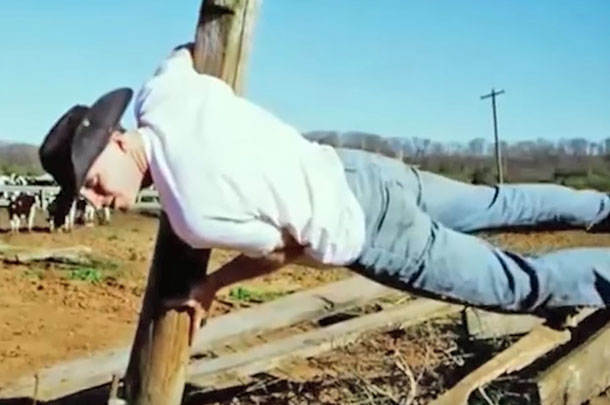 Watson had very few concerns about competing in the show.

“I’m not the smartest guy in the world, so I thought I might make a mental mistake,” Watson says. “During that obstacle course you’ve got to be serious the whole time, and I’m not used to that.”

Watson says growing up on a farm helped him prepare for the Ninja Warrior challenge. He gave an example. “We had about 10 people out helping us with the straw today, and by the time we were two hours in, we were down to six people; four people quit. If you know anything about hauling straw when it’s 92ºF, it’s pretty rough,” Watson says. “We had four of them white-eyed within two hours.”

Watson says growing up working on a farm helped him prepare for competitions like American Ninja Warrior in many different ways.

“Me being brought up in that kind of thing was just right up my alley on being prepared for this Ninja Warrior thing,” Watson says. “When I was 10 and 11 years old, I was working just as hard as these 20-year-old boys. I believe that helped me physically and mentally.”

Entering the show was not a hard decision for Watson.

“I love climbing on things like they showed on TV,” Watson says. “I love doing any kind of competitive activity sport, so I thought, ‘Why not give it a whirl?’ and I went and gave it a whirl.” 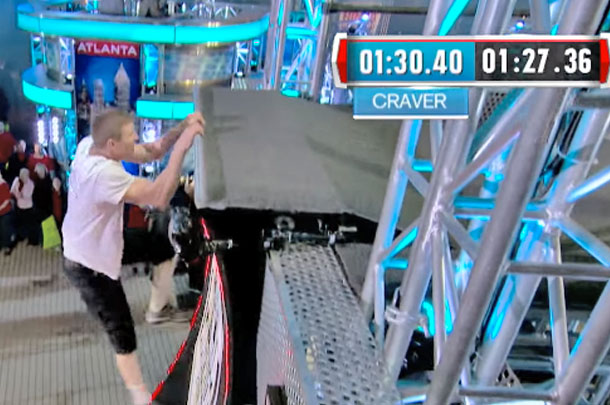 Watson wore a T-shirt with the Bible passage “Give me that mountain,” from Joshua 14:12 written on it during the competition.

Watson says he didn’t really involve his family in the competition. “I didn’t really say too much about it, didn’t tell too many people because I don’t do that kind of thing.” Watson kept his trip to Atlanta low-key and inconspicuous. “I drove down to Atlanta and came back that night,” Watson says. “I was really only gone for about half a day, and nobody really noticed for a few days.”

Watson says that once people found out about the show, they got more excited.

“Everybody liked it when they’d seen the show and everyone was proud that I wore the shirt, so everybody’s happy.”  PD

See Watson’s qualifying round on youtube Caleb Watson at the Atlanta Qyalifier.

PHOTO 2: Watson demonstrates the exercises he did to prepare for the competition.

PHOTO 3: Watson beats the last obstacle, the famed "Warped Wall," to finish the course with a time of 1.29.59. Photos taken from video of NBC’s 2016 Atlanta qualifying round of American Ninja Warrior. The show airs Mondays at 8/7c. To find out more about American Ninja Warrior visit NBC's website.