No MPP-Dairy payments for November

Dave Natzke
USDA staff began the task of collecting and reporting a mountain of data that went unreported during the partial government shutdown. One of the first reports updated was November 2018’s Margin Protection Program for Dairy (MPP-Dairy) calculations, released about a month later than scheduled, on Jan. 31, 2019.
Dave Natzke

USDA also revised its schedule of other upcoming reports, and December 2018 milk prices and MPP-Dairy margin calculations are now set for release on Feb. 20, 2019.

For dairy farmers wondering whether there would be any MPP-Dairy indemnity payments for November, the belated answer is no, even though milk prices and margins slipped a bit from October. 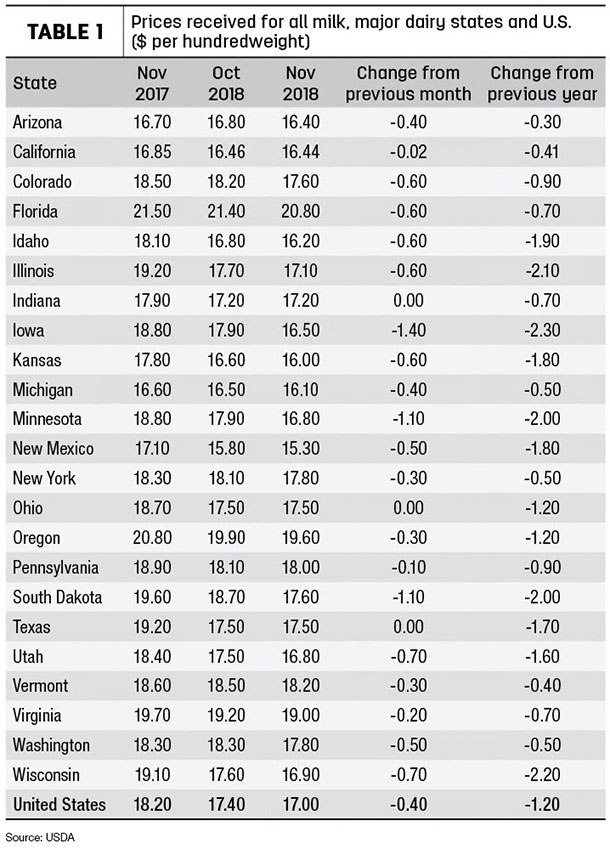 Compared to a month earlier, November milk prices among the 23 major dairy states were nearly all lower (prices were unchanged in Indiana and Texas), led by declines of $1 per cwt or more in Iowa, Minnesota and South Dakota.

Compared to a year earlier, November 2018 milk prices were down at least $2 per cwt or more in five Midwest states: Illinois, Iowa, Minnesota, South Dakota and Wisconsin. 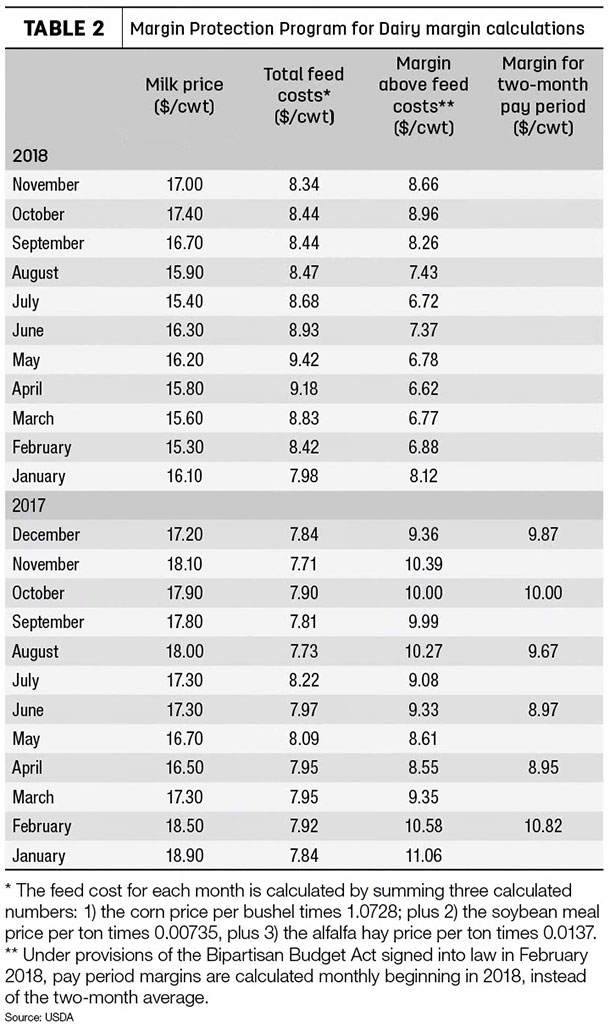 The lower overall feed cost offset most of the decline in the average milk price, resulting in a national average milk income over feed cost margin of about $8.66 per cwt in November. Even though the margin was about 30 less than October, it remained well above the top margin trigger of $8 per cwt, meaning dairy farmers who enrolled in MPP-Dairy at any level will not see a payment for November (Table 3). 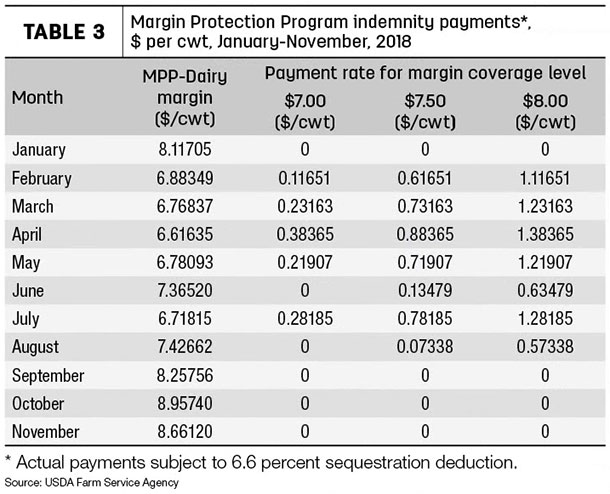 MPP-Dairy is being replaced by the Dairy Margin Coverage program under the 2018 Farm Bill. USDA had not announced a timetable regarding enrollment.